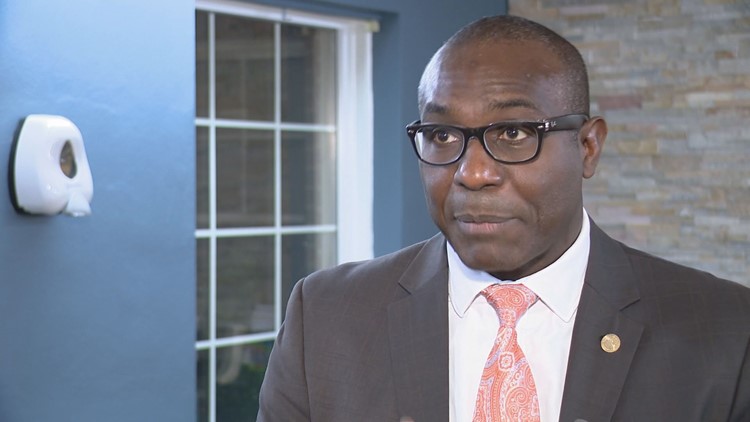 JEFFERSON CITY, Mo. — St. Louis Board of Alderman President Lewis Reed has settled another round of state ethics violations and agreed to pay nearly $10,000 in fines.

This is according to a consent order made public Wednesday by the Missouri Ethics Commission.

According to state law, corporations are not allowed to give money to political candidates or committees.

However, Reed was found to have wrongly accepted $19,400 in donations from 12 different corporations between June 2017 and December 2018.

The largest donation, $10,000, came in the form of two separate payments of $5,000 from a company named Lodging Hospitality Management.

Ethics officials also found Reed failed to report a number of expenditures in a timely manner.

In January 2019, Reed's campaign paid $500 to SCD Investment III for the use of a recreational vehicle to support his re-election efforts.

However, Reed was found to have inaccurately reported that payment as $1,500 for office space rent.

Reed has agreed to pay back all corporate money, according to the consent order.

The ethics commission fined the St. Louis Democrat $1,184, but he'll only have to pay $184 if that payment is submitted within 45 days.

However, Reed agreed in December 2018 to settle a separate complaint for more than $10,000 in unreported contributions.

Because that was less than two years ago, Reed will now have to pay an additional $9,855 to state ethics officials for breaking the probationary period laid out in that consent order.

Reed was re-elected as Board of Alderman President in April 2019.

RELATED: 'I was getting ready to run for president' | How PTSD and depression changed Jason Kander's life