"If they are willing to steal a bag full of youth soccer equipment, they will steal anything." 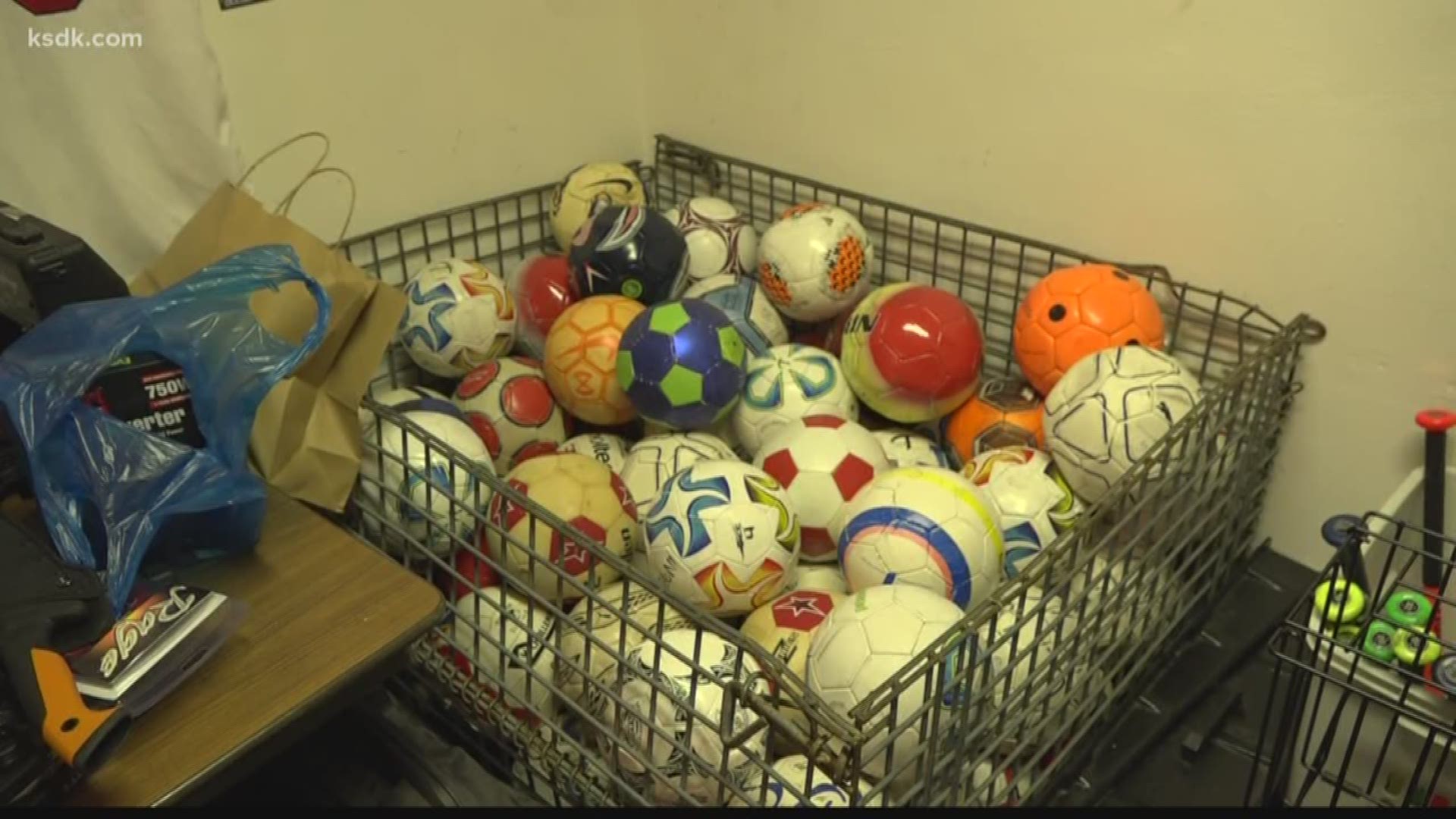 OVERLAND, Mo. — A local charity makes the save of the day after donating equipment to a youth soccer team whose gear was stolen Tuesday night in Overland.

Coach Chance Hodges said a light on his dashboard alerted him that one of his backdoors was open on Wednesday morning while on his way to work. He assumed one of his kids didn’t close the door all of the way the night before after soccer practice.

But when he pulled up to practice that evening, he realized someone stole the team’s gear from the backseat.

“When I went to grab the stuff for the kids, everything was gone,” the coach said.

Someone had stolen $500 of equipment from his backseat the night before.

“I couldn't believe someone would steal kid stuff,” Hodges said.

Luckily the coach was able to find a few spare balls, so the team could practice.

“My goalie ended up using my work vest and work gloves,” Hodges said.

After practice, Hodges received a big assist from St. Louis Youth Sports Outreach who donated gear, so the team can suit up for games this weekend.

“If it wasn't for people like you we wouldn’t have good things in this neighborhood,” Hodges told Billy Mayhall with the non-profit.

“We reached out said I would like to help, just to show these thieves you aren’t bringing a community down, you are bringing them together and you don’t even realize it,” Mayhall said.

Hodges warns his neighbor to lock up their valuables.

“If they are willing to steal a bag full of youth soccer equipment, they will steal anything,” Hodges said.