Beckman was referring to an article about CNN anchor Don Lemon, who called white men the biggest terror threat in the US. 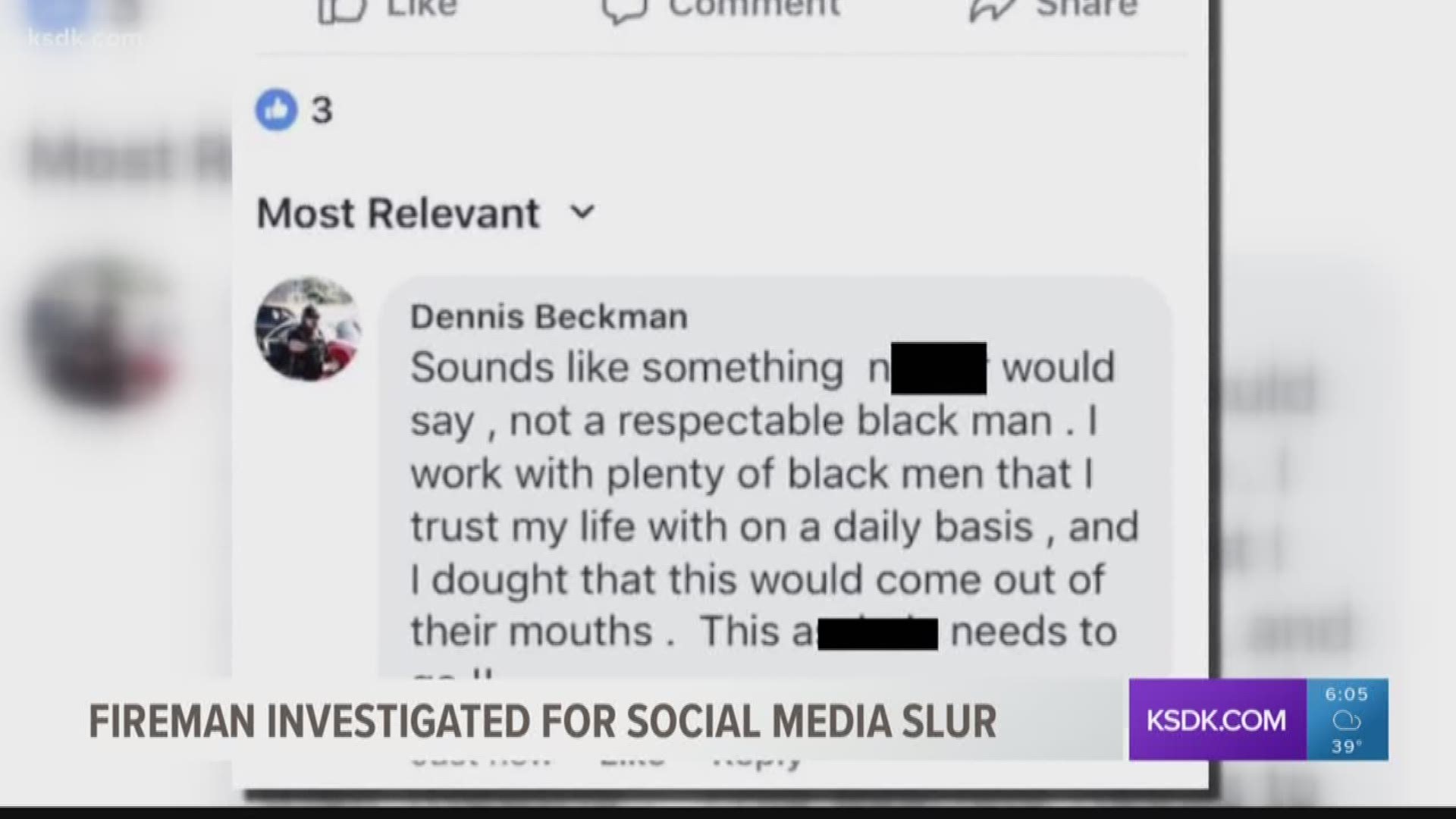 ST. LOUIS — A St. Louis city firefighter is under investigation for writing a racial slur on social media.

"If you feel it keep it to yourself, but once you say it... once you act out on it there will be consequences," said Rev. Darryl Gray, the community liaison for the Ethical Society of Police.

Here's part of it: "Sounds like something an n-word would say… not a respectable black man. I work with plenty of black men that I trust with my life., on a daily basis, and I doubt that this would come out of their mouths."

Beckman was referring to an article about CNN anchor Don Lemon, who called white men the biggest terror threat in the US.

"I think the use of the word n**** is enough… regardless of what he said after that."

The St. Louis Fire Department first learned about the post last week. The chief launched an investigation, and a spokesperson said they began "disciplinary proceedings."

When asked if the department had decided on a punishment, or if Beckman is currently on leave, the spokesperson said it would be handled internally.

"He's a firefighter, so it's unacceptable," said Gray.

The Ethical Society of Police is the group that brought Beckman's comments to light.

"And when they reveal themselves… then we will call it out and we will challenge it."

He said after multiple calls to the city's public safety director the group was told Beckman was reprimanded and placed on some sort of leave.

The department's spokesperson said he cannot confirm or deny that information.

5 On Your Side wanted to share Beckman's side of the story with you. But he said the fire department told him he could not make any public comment.

The city of St. Louis has a social media policy in place for its employees. Among other things, it says they should not post content that disparages a person's race.