Page promised to make leadership changes after a $20 million verdict against the police department, but that won't include replacing Chief Belmar. 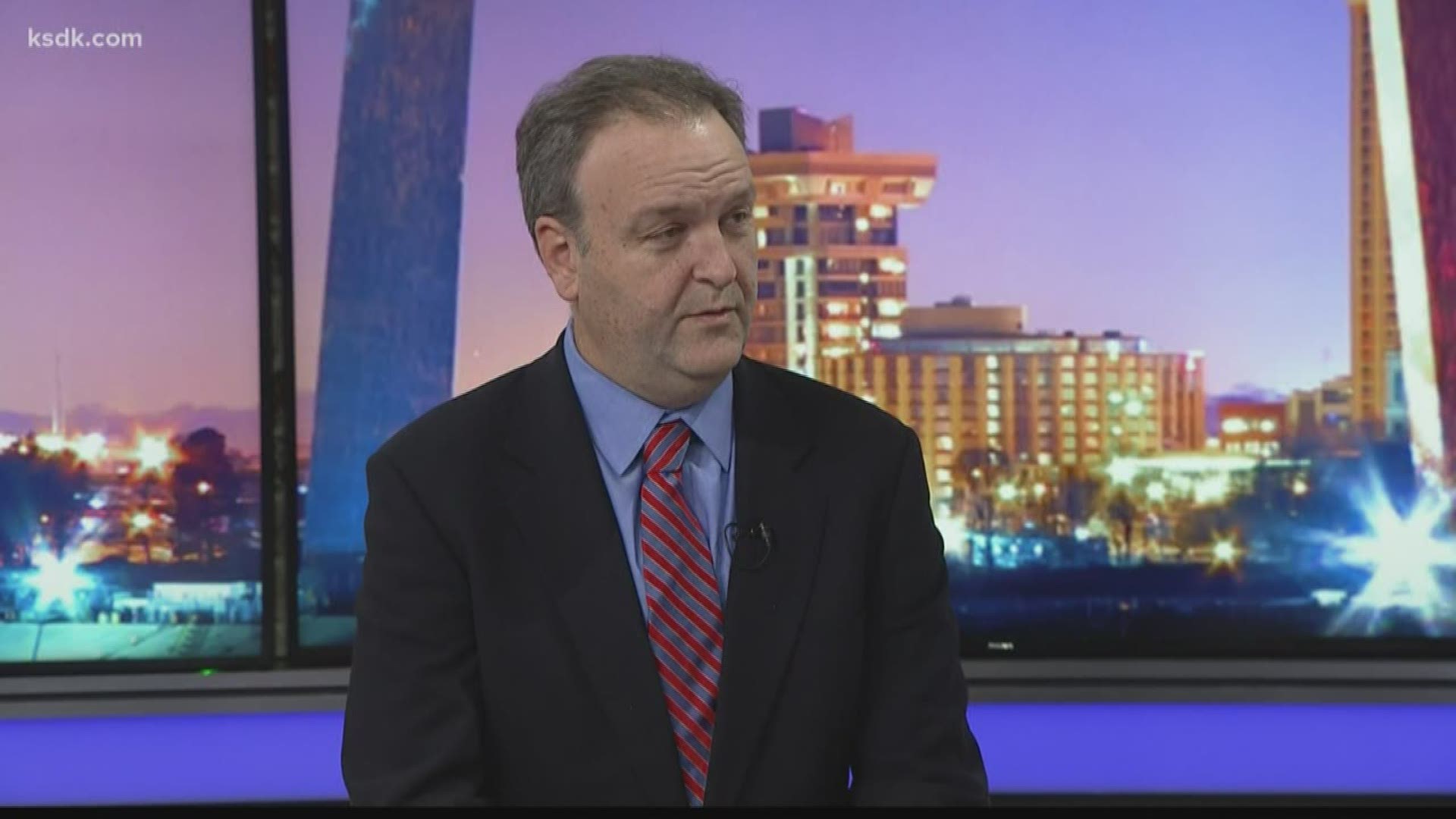 In a one-on-one interview in the 5 On Your Side studios, Page told Mike Bush that St. Louis County Police Chief Jon Belmar is the right person for the job.

Those words, despite last week's nearly $20 million verdict against the county police department in a discrimination case.

Page has made changes to the St. Louis County Board of Police Commissioners saying, "The time for leadership changes has come and change must start at the top."

READ MORE: Jury awards $19 million to St. Louis County police sergeant who says he was told to tone down his 'gayness'

The police board is the body that has the power to hire and fire the police chief.

"I think Chief Belmar is the right person to lead us through some very difficult times in the history of St. Louis County," Page told 5 On Your Side. "He's been the chief now for almost six years, and I believe the police officers look to him for leadership. And they expect him to explain the new direction we're taking in the police department, and I think he will be part of that solution."

Page took over as county executive after Steve Stenger was sent to prison on charges of pay to play.

As a first order of business, Page said the county needed to restore trust in county government. He immediately announced a series of ethics reforms. He admited that the discrimination lawsuit was a setback in building trust.

"Certainly, when we learn in a trial whether or not our police officers are telling the truth was called into question, whether or not there is discrimination in the police department, those are two questions that do set us back a bit. But I also think it's an opportunity because we're going to very aggressively address those issues," Page said.

Watch our full interview with St. Louis County Executive Sam Page in the player below or by clicking here.