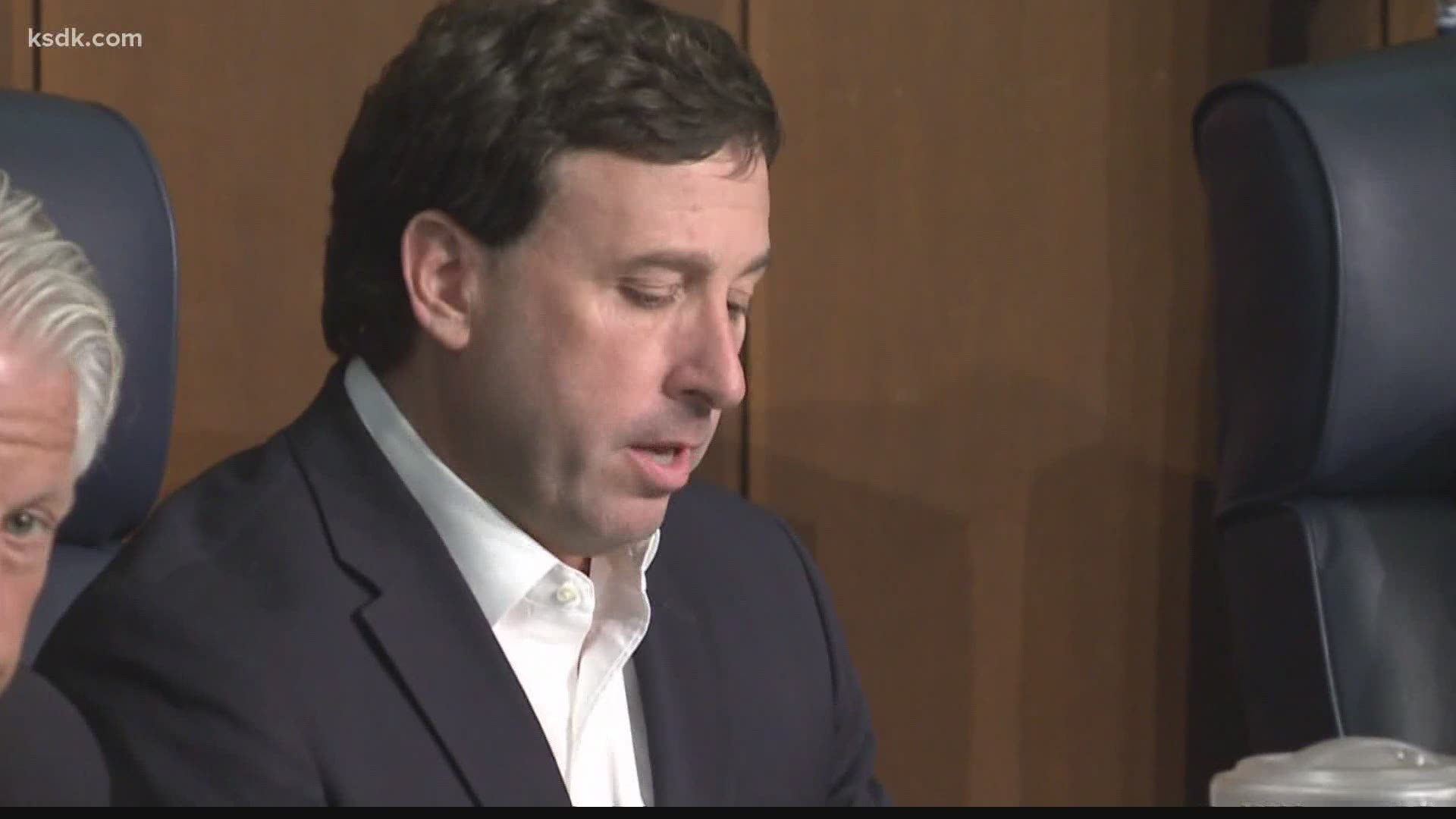 CLAYTON, Mo. — Loopholes within county government policies and procedures allowed former County Executive Steve Stenger to engage in a federal pay-to-play scheme that landed him in the penitentiary last year — and it could happen again, according to a draft of a state audit obtained by 5 On Your Side.

The County Council requested State Auditor Nicole Galloway review the county's affairs after Stenger’s indictment, according to the audit. Galloway’s office gave County Council members a copy of a draft of the audit during a closed session Tuesday.

Some of the vulnerabilities Stenger exploited remain within county government, according to the audit. Essentially, Stenger was convicted of holding up contracts the council approved in exchange for campaign contributions.

The 40-page analysis also dissected county government affairs mostly between December 2017 and December 2019 — most of which included current County Executive Sam Page as chairman of the County Council.

“The County Council did not provide sufficient oversight of the former County Executive's operations,” it states. “The council allowed procedures to be circumvented and did not utilize the County Auditor to investigate issues brought to their attention.”

It continued: “A lack of adequate oversight by the County Council helped allow the former County Executive to take actions not in the best interests of the county.”

The Council appointed Page to fill Stenger’s seat in April 2019. He won the Democratic primary Aug. 4.

Page’s Chief of Staff Winston Calvert responded to 5 On Your Side with a statement, which said Page — not the County Council — requested the audit shortly after he was appointed to “help identify areas to reform county government and the St. Louis Economic Development Partnership.”

“We knew county government needed to be reformed and we have worked to do that in the past year,” according to the statement. “We are grateful for the state auditor’s help identifying more work to be done.”

Some of the key findings within the document include:

The audit also contained multiple recommendations on ways the County Council and the County Executive can ensure there won’t be a repeat of the Stenger administration.

The audit also explained how and which projects failed to move forward under Stenger’s administration.

In all, Stenger held back 13 of 21 contracts the auditor’s office tested for more than 14 days before signing them; 4 of them for longer than 100 days. The longest was withheld for 260 days with an average of 81 days.

The projects the audit that did not move ahead that the audit highlighted included a pedestrian route to Larimore Elementary School and the milling and resurfacing of Hildesheim Avenue and South Broadway Street.

You can read the draft of the audit below: