CLAYTON, Mo. — St. Louis County police Lt. Keith Wildhaber said Thursday that some people do not believe he’s the best person to lead the department’s Diversity and Inclusion Unit because he’s white and questioned recent remarks made by members of a Black police officers’ membership organization about his willingness to meet.

Wildhaber talked about the issues with the Police Board of Commissioners during its monthly meeting, claiming that members of the Ethical Society of Police recently told reporters that his unit hasn’t met with them.

“To my dismay and disappointment, the representatives indicated there had not been any communications,” Wildhaber said. “Commissioners, this was untrue.”

“Your defensiveness about [the Ethical Society of Police] is problematic,” Punch said.

In response to this story about Wildhaber's comments to the Police Board of Commissioners, ESOP furnished 5 On Your Side with video of an exchange in June in which the county chapter’s board member, Shanette Hall, told reporters there have been communications with Wildhaber but "not very many."

Members of ESOP held a news conference to announce that St. Louis County Executive Sam Page had signed a memorandum of understanding with the organization acknowledging that it is a membership organization within the department. During that news conference, the group noted that the process started 13 months ago. Hall was asked the extent to which ESOP had conversations with Wildhaber, given his role to foster diversity and inclusion within the department. 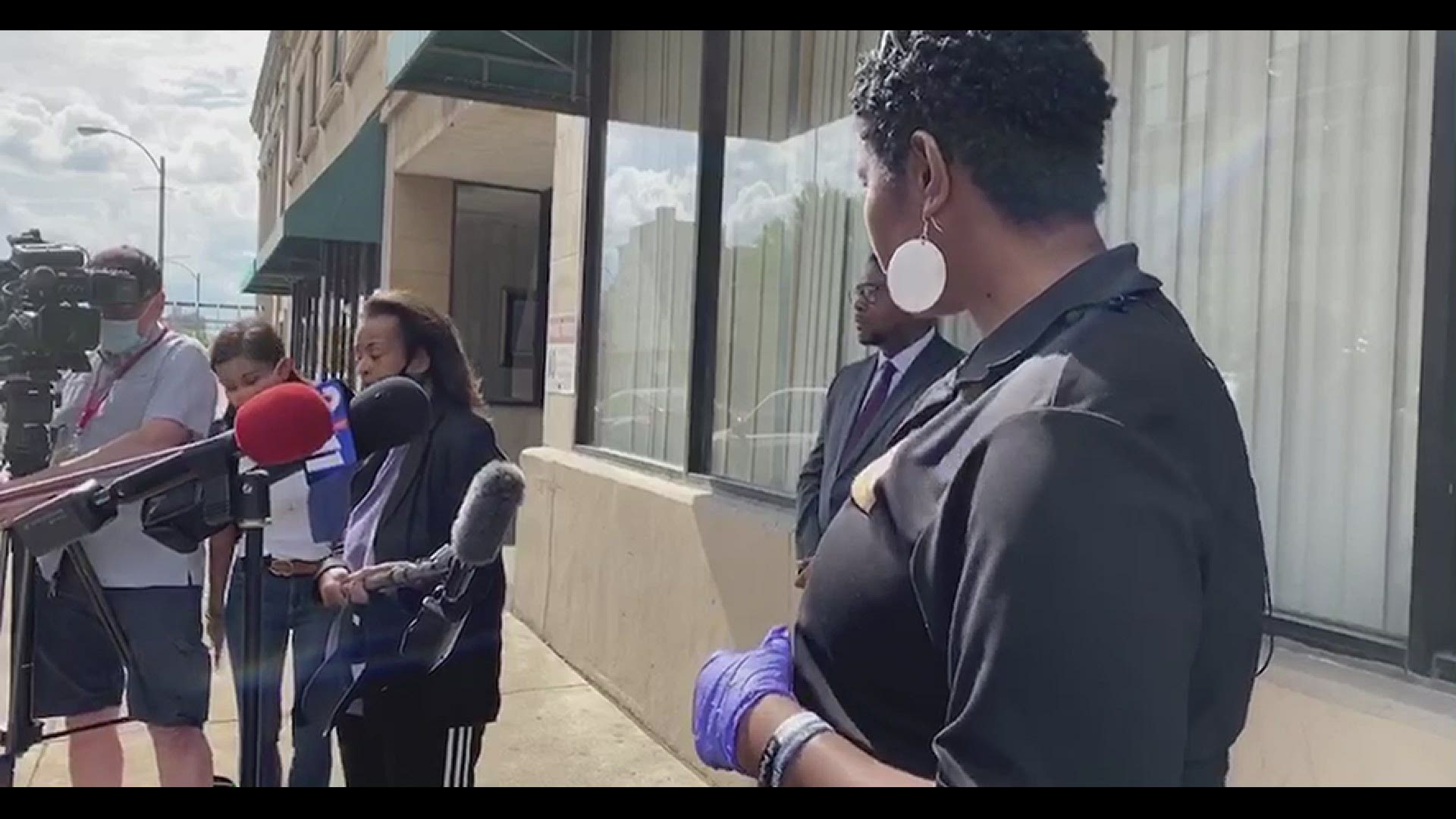 In his presentation to the board Thursday, Wildhaber said he met with the organization's leaders at least three times – twice in January and once in February. Some meetings were part of committee meetings and one was just with members of the Ethical Society, he said.

"I felt it was a very productive discussion and I looked forward to continuing our dialogue," he said.

Former Chief Belmar appointed Wildhaber to run the unit after a jury awarded Wildhaber $20 million. He sued the department in 2017 alleging that Belmar and his administration refused to promote him because he is gay and retaliated against him after he filed a complaint about it.

Wildhaber said he believes his experience with discrimination makes him uniquely qualified to lead the unit, despite the fact that he has no formal training to do so.

“What I did have was lived experience with the desire to make sure no employee was made to feel like I did for four years,” he said. “I jumped at Chief Belmar’s offer to make this a better police department, however there are some on the department and in our community who feel I can’t do this job because I’m a white male.”

Punch also said Wildhaber’s personal experience makes him too close to the issue, in her mind.

“I’m worried that there needs to be an expert who is trained and taught and has been doing this with a degree because these things can be so personal, it can become difficult to navigate,” she said. “While I appreciate your heartfelt work, we need a D & I expert like a civilian to help you with it.

"While I hear you, I feel you, to do this work, I think we’re going to have to take it a step further so we can truly create an inclusive environment for all.”

Wildhaber said he would welcome the help of a civilian expert to his unit.

"I embrace this role to advocate for all, not to use it as a platform to be an activist," he said. "I want to prevent another situation like my own, but transformative change takes effort and engagement and I intend to do that by listening ... I will strive to hear the voices of all on this department and I will do my best to make sure those voices are heard. I see that as my charge."

RELATED: 'We run the department, the county does not.' The politics behind St. Louis County's police review