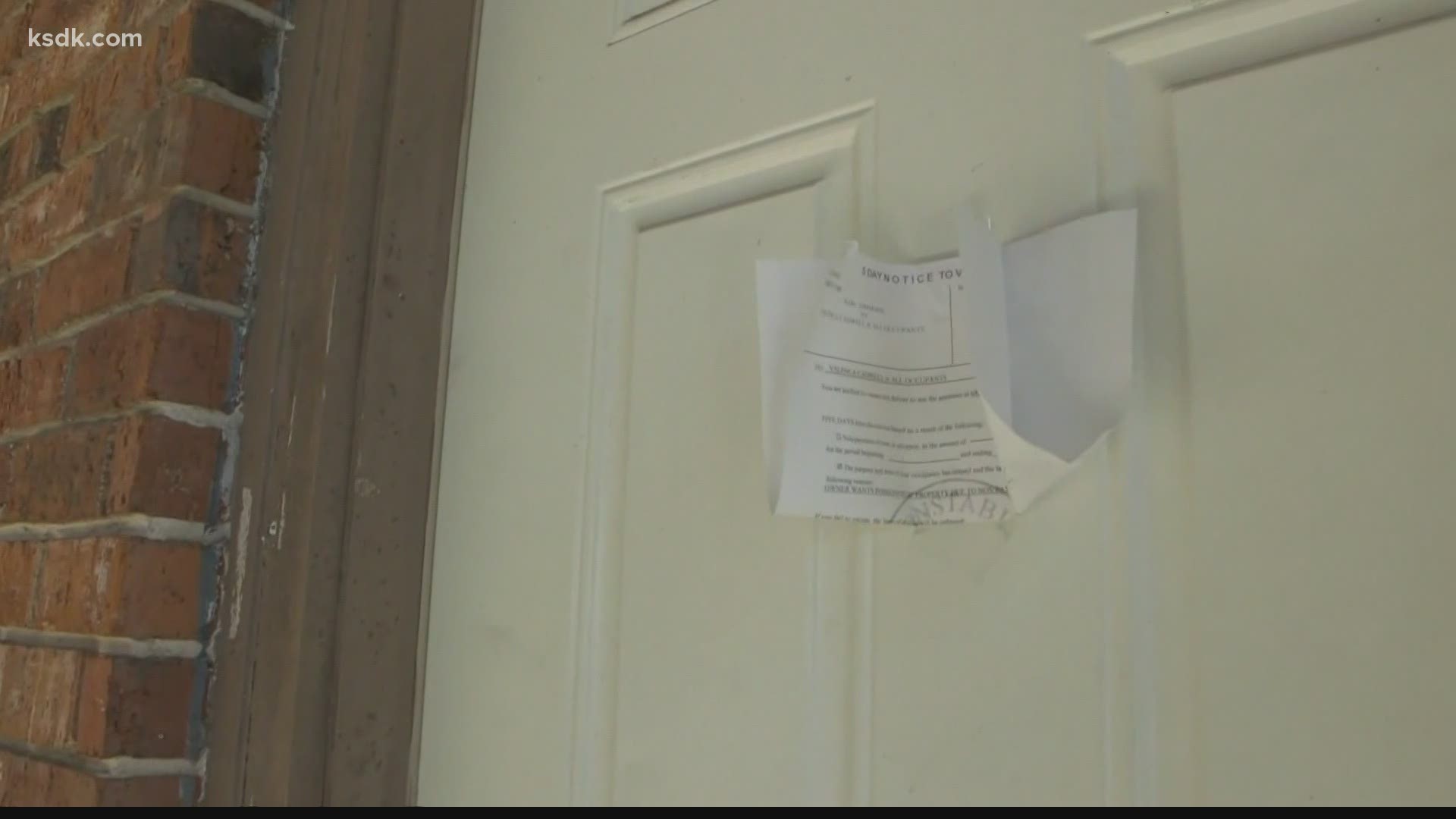 In a 4-2-1 vote Tuesday night, the county council voted to approve a measure to temporarily suspend evictions until June 30.

St. Louis County Executive Sam Page is expected to sign the bill into law. Because two-thirds of the council did not vote to approve the legislation, it is subject to a 15-day waiting period before it goes into effect.

Page voiced his approval of the vote during his scheduled briefing Wednesday, saying the move will keep families and the community safe during the pandemic.

“We’re trying to keep them in their homes. It’s a very important public health policy during a pandemic to prevent people from becoming homeless,” Page said. He added that evicting people from their homes puts them at risk of contracting the virus and also increases the risk to the wider community.

Kennard Williams with STL Housing Defense Collective said since evictions resumed, the government has been working faster to throw people out instead of lend a helping hand.

"It takes weeks if not a month for rent relief paperwork to get processed and to go through for people to find out if people are approved for those funds," Williams said. "For those funds to be allocated in peoples hands to stop the eviction."

He said the decisions local politicians are making are life and death for some families.

"It's very hard for people to plan their lives because they are at the mercy of this moratorium," Williams said.

The moratorium contradicts a ruling from St. Louis County Presiding Judge Michael D. Burton that evictions in the county could resume April 5. Councilman Ernie Trakas, who voted for the measure, said the moratorium would override Judge Burton’s order.

This contradiction remains a sticking point for councilmembers who did not vote to approve the moratorium.

Councilman Tim Fitch, who voted against the bill, worries the measure puts sheriff’s deputies in a tough position.

"(Law enforcement) has to choose a master," Fitch said. "The judge you are reporting to or is it the county ordinance you are complying with. That is a horrible position to be in."

Councilwoman Rita Heard-Days, who abstained from the vote, voiced concerns of another lawsuit because of the bill. Councilman Fitch agrees.

"I think you will see a very quick lawsuit filed," Fitch said. "The (County Council)  can't pass an ordinance telling (judges) what to do."

St. Louis County tenants and landlords struggling with bills during the pandemic can apply for help through a new program announced a couple weeks ago, which includes $29.7 million available in assistance.

The county has received 4,700 applications for rental assistance, Page said Wednesday. About half of those were on hold after the county ran out of funds from their first round of CARES Act funding. The applications are being processed for approval.