Firefighters crawled into a first-floor window to rescue the woman, who could be heard screaming for help 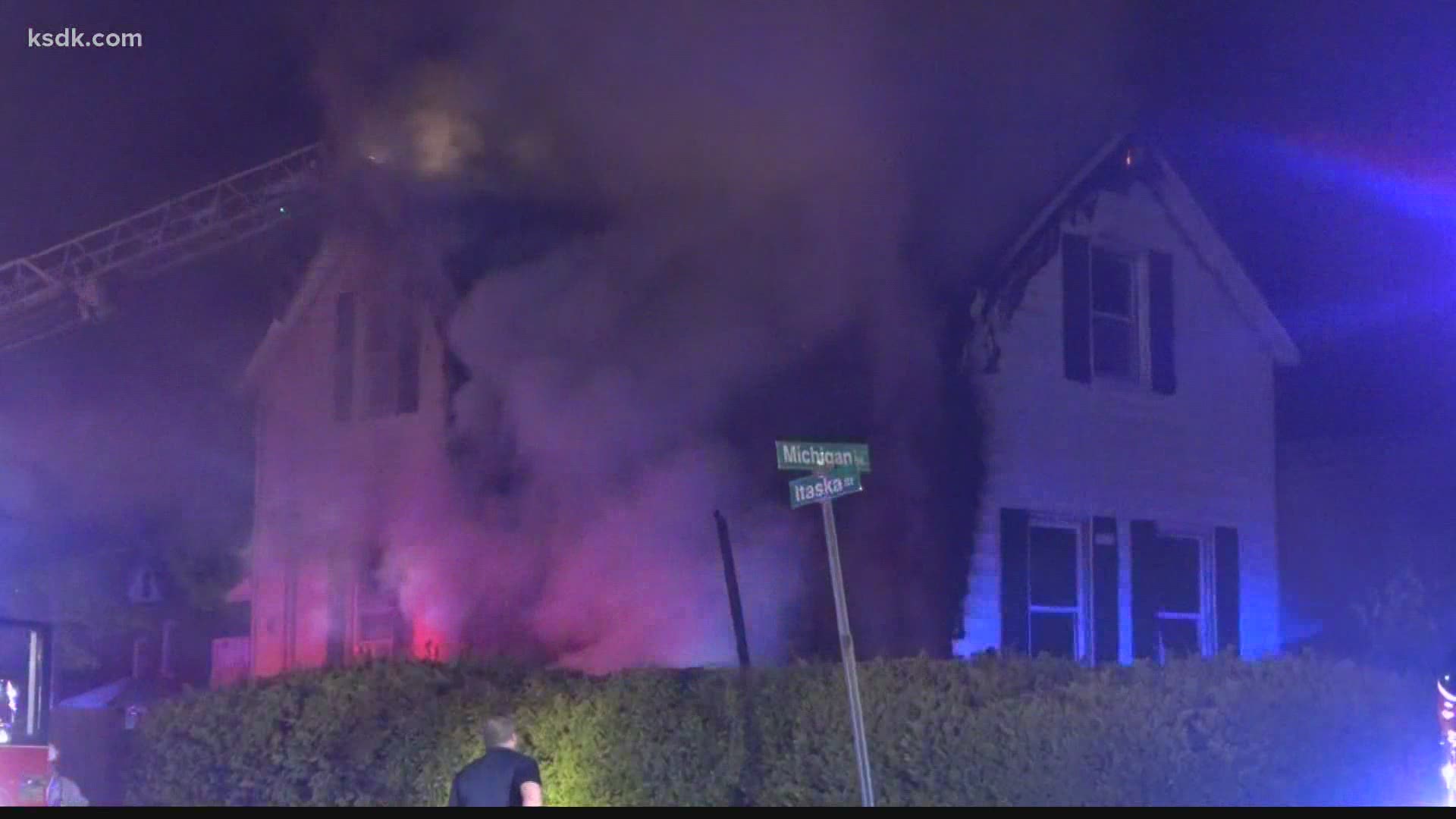 St. Louis Fire Capt. Garon Mosby said that at around 2 a.m. several calls came in for a house fire on the 4600 block of Michigan Avenue. One of the calls was from a panicked woman who told 911 operators that she was trapped in the bathroom of the burning home. She was told to put a wet towel under the door and keep a wet rag over her face until rescuers arrived.

The first firefighters to arrive didn't have a charged hose and had to climb through a first-floor window to get to the woman, who could be heard screaming for help, Mosby said. They pulled her out the same window they came in through and handed her off to other first responders before returning to fight the fire.

She was taken to an area hospital in "very serious condition" due to smoke inhalation, Mosby said. A man was also able to escape and was transported with non-life-threatening injuries, and a dog was rescued.

2) The first arriving company, equipped with accurate information, entered the building via ground ladder ahead of a charged hand line to effect the #rescue.

"Oh my God, it was scary, it's really scary. Imagine that they could have been in there burning, because they were in there. The flames were everywhere."

The fire mostly started on the exterior of the home and traveled inside, the department said. It is unclear what started the fire.