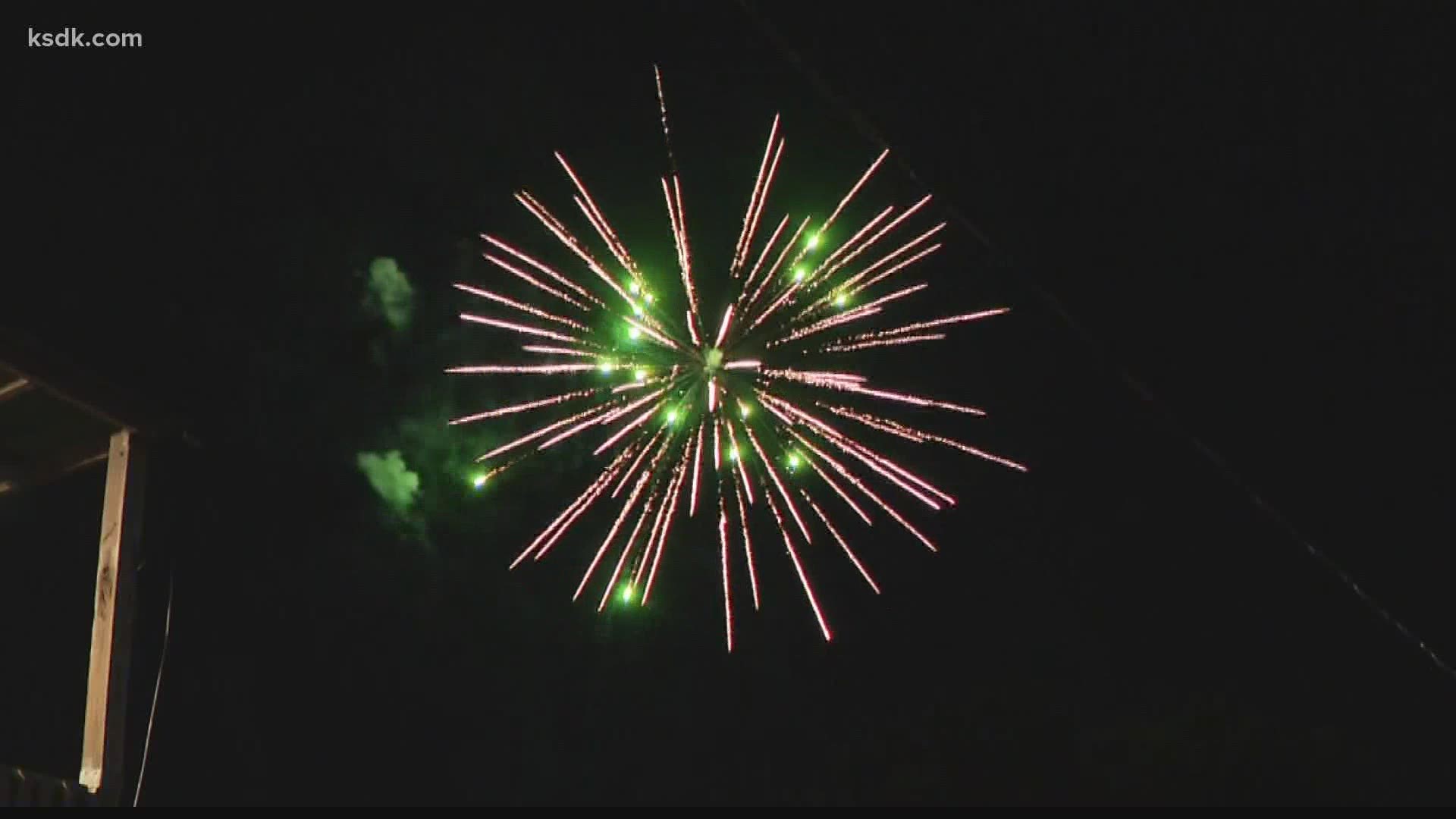 ST. LOUIS — Fireworks lit up the St. Louis skyline and left first responders with their hands full during the Fourth of July weekend.

Between 5 p.m. Friday and 5 a.m. Sunday, the St. Louis Metropolitan Police Department responded to 956 calls for fireworks. Some of the calls may have been duplicates regarding the same incidents, police said.

Fireworks are illegal in the City of St. Louis and St. Louis County unless people received written approval from the city fire marshal. In total, the department said it arrested 11 people for charges ranging from discharging fireworks to allowing a person under 17 years of age to discharge a firework.

All were summonsed and released.

Among those arrested was a 32-year-old man who police found Saturday selling fireworks out of a U-Haul at Page Boulevard and Euclid Avenue. Bomb and Arson Detectives seized the fireworks.

"Just the size and height they reached, these aren’t normal consumer fireworks," he said. "It started about 7:30 p.m. (Saturday) and lasted until 2 in the morning. It was all over the city. It wasn’t concentrated in one place. It kept the fire department very busy."

From 10 p.m. to 6 a.m., the department responded to six building fires that were fully involved and required a lot of manpower. The fires were probably started by fireworks, Jenkerson said.

Police in the St. Louis area and the rest of the country have received an increased number of calls for illegal fireworks. Many public firework shows have been canceled due to the pandemic, which could be the reason for the uptick in calls.

However, fireworks calls for the day of July 4 were actually down, with 518 this year compared to 646 last year.

A spokesperson for the police department said it's best to contact police about illegal fireworks instead of interfering.

RELATED: 2 carjackings within 40 minutes on July 4 in St. Louis 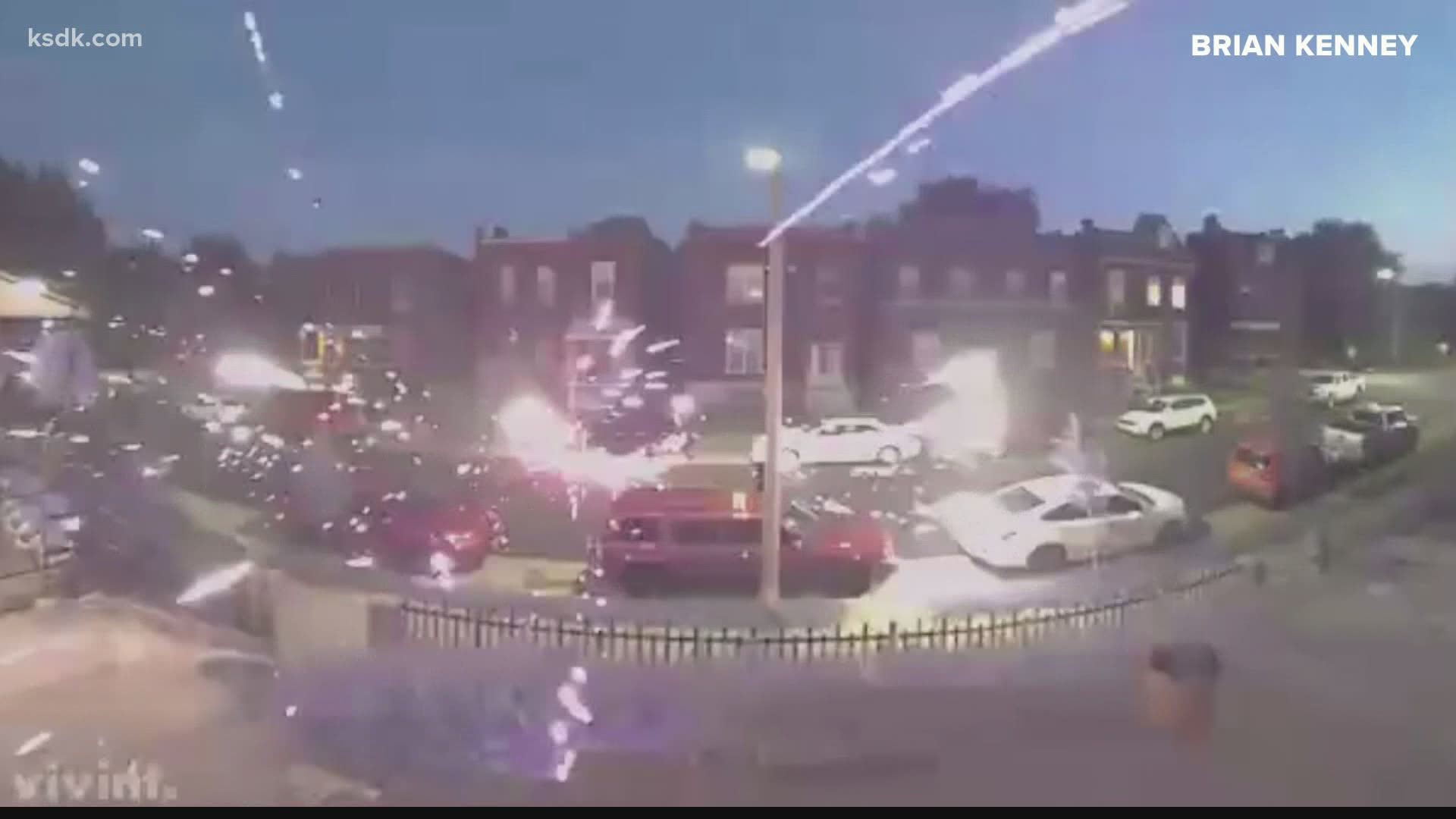