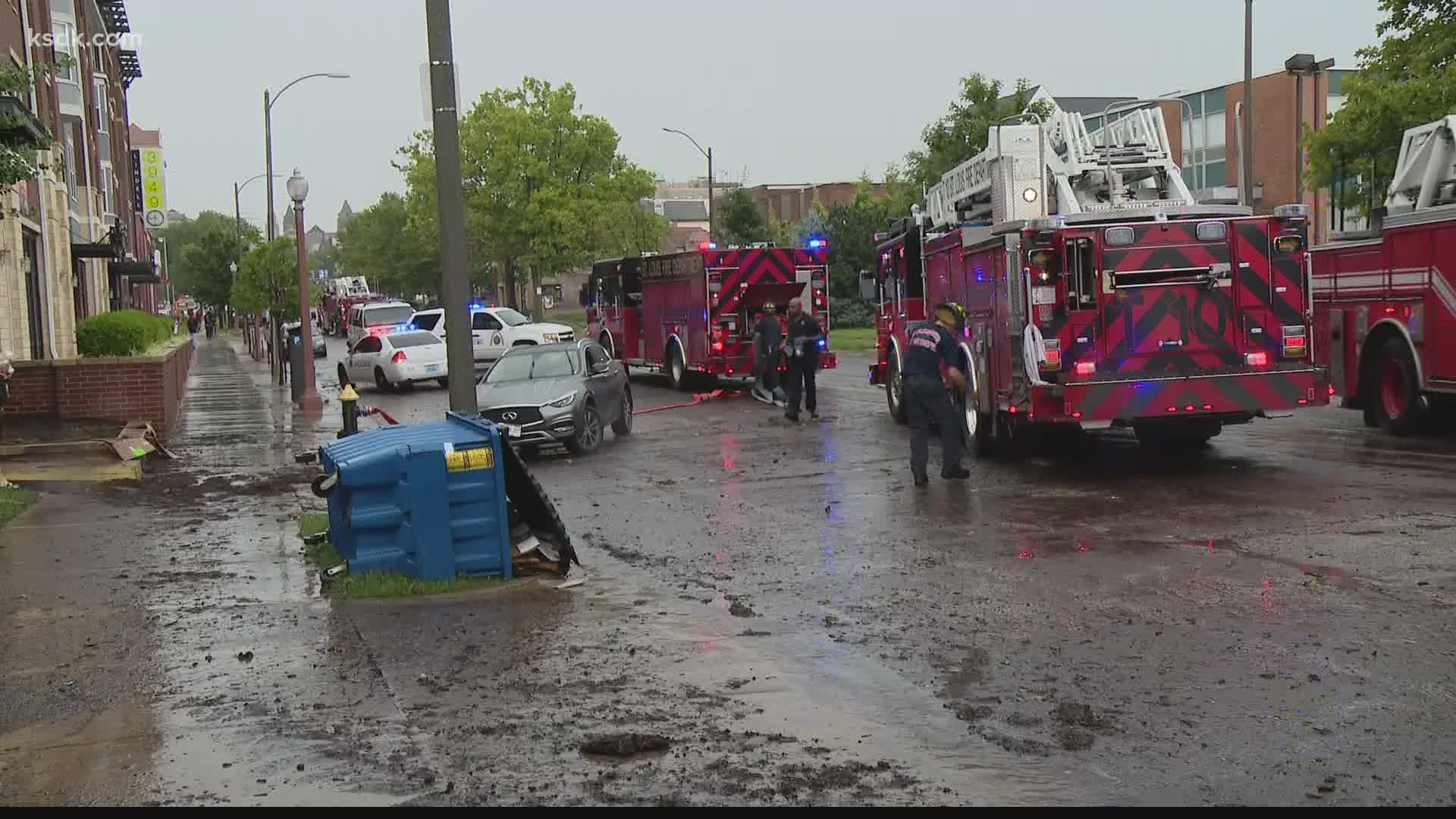 ST. LOUIS — At least one driver watched as one car after another made it through the high waters on Lindell Avenue Wednesday morning, weighing the options.

When it was his turn to make the journey, Alex — who didn't want to use his last name — decided to take the risk as well, but he didn't get so lucky.

"The water was up to here," he said, pointing to the top of the hood. "All of my electronics shut off. I could not open my door."

Alex told 5 On Your Side his car started to "float like a boat," drifting in the flash flood, and he knew he needed to get out.

He swam to the edge of the road where he could stand again, but the problems didn't end there.

"People brought me into this apartment building over here," he said, pointing to 3949 Apartments. "Not 20 minutes after, it catches on fire."

Firefighters evacuated the building and closed off traffic while they scaled two ladders to the building's top-level, for a fire they said was likely caused by lightning.

"I saw the manager running down the halls, knocking on doors, saying that we should get out of the building," third-floor tenant Madison Weg said.

The apartment building has a history of fires. It was destroyed by a non-lightning-related fire in 2012.

Firefighters said a key change during rebuilding gave them enough time to save the structure this week.

"When they rebuilt this building, they added — at our request — sprinklers up in that attic," St. Louis Fire Chief Dennis Jenkerson said.

Matt Beitscher captured footage from Lindell and Vandeventer Avenues. It shows at least two cars stuck in the flooded street.

Video with better idea of rainfall intensity. This rose up quickly and closed off the road. #STLwx https://t.co/4E1WIi3cwF pic.twitter.com/50mawSalpx

Saint Louis University said the heavy rains caused backup into the basement of buildings on campus. The water has started to recede.

As firefighters cleaned up, Alex headed home barefoot, without his car, which had to be towed to his parents' home.

"I knew I was going to make it out because the water wasn't over my car roof, but I'm still shaken up and the day just seems to be getting worse," Alex said.