The vests were embroidered in memory of St. Louis police captain David Dorn 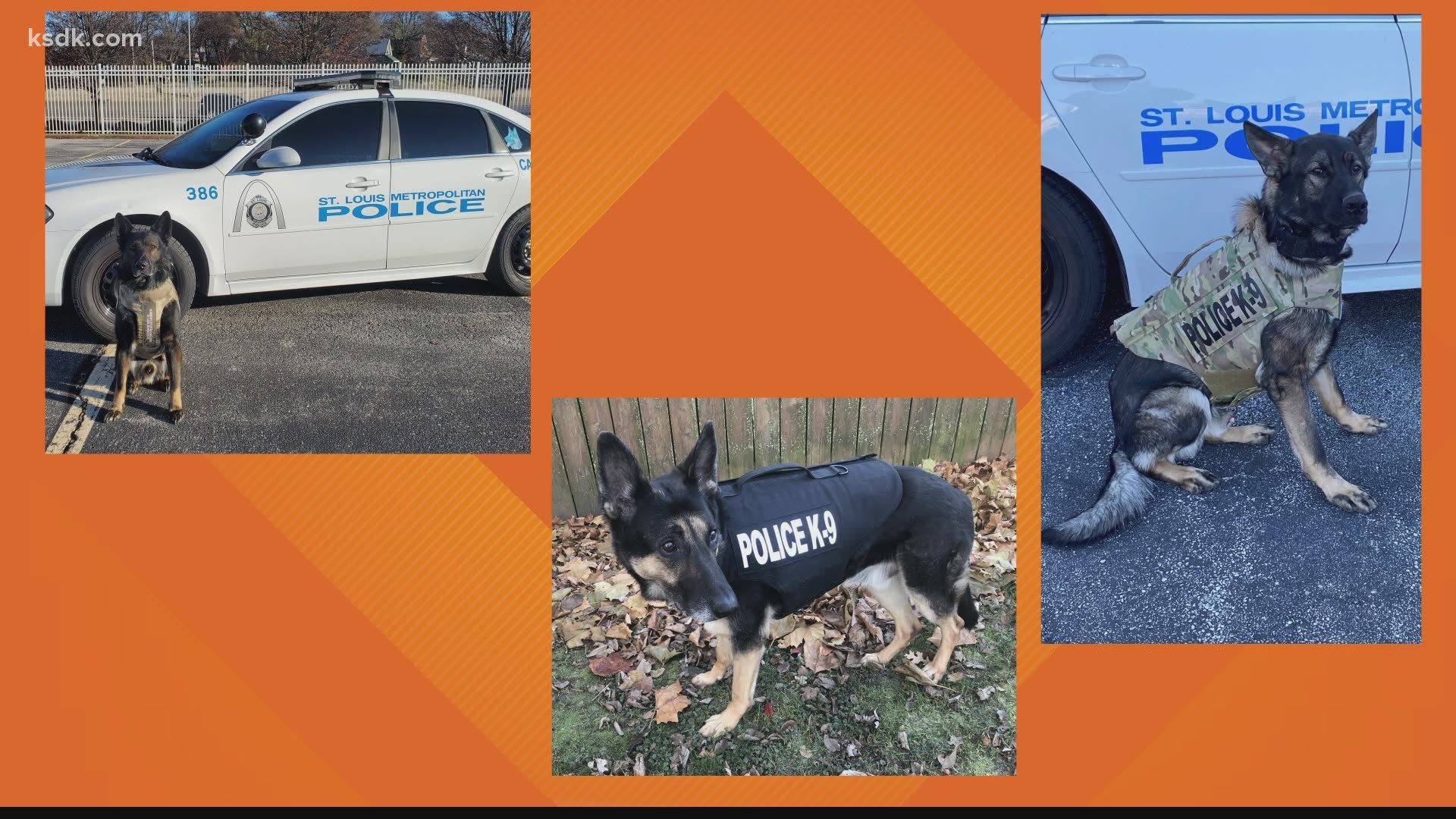 The vests were embroidered with the sentiment “In memory of Captain David Dorn, St. Louis, MO- EOW 6/2/20.”

Dorn, a retired St. Louis police captain, was shot and killed outside a pawn shop after a night of riots and looting in the city in response to the death of George Floyd.

The K9s received the vests through a charitable donation from a nonprofit organization, Vested Interest in K9s Inc.

The nonprofit’s mission is to provide bullet and stab-proof vests and other assistance to dogs of law enforcement and related agencies, according to a press release.

Since its inception, the nonprofit has provided more than 4,000 vests to K9s in all 50 states, made possible by privates and corporate donations.

The program is open to U.S. dogs that are at least 20 months old and actively employed and certified with law enforcement or related agencies.

Visit the Vested Interest in K9s website for more information.