Mother Nature plays nice for flights home after the holidays

St. Louis Lambert expects more than 20,000 travelers to check-in at the airport, not including flyers on a layover 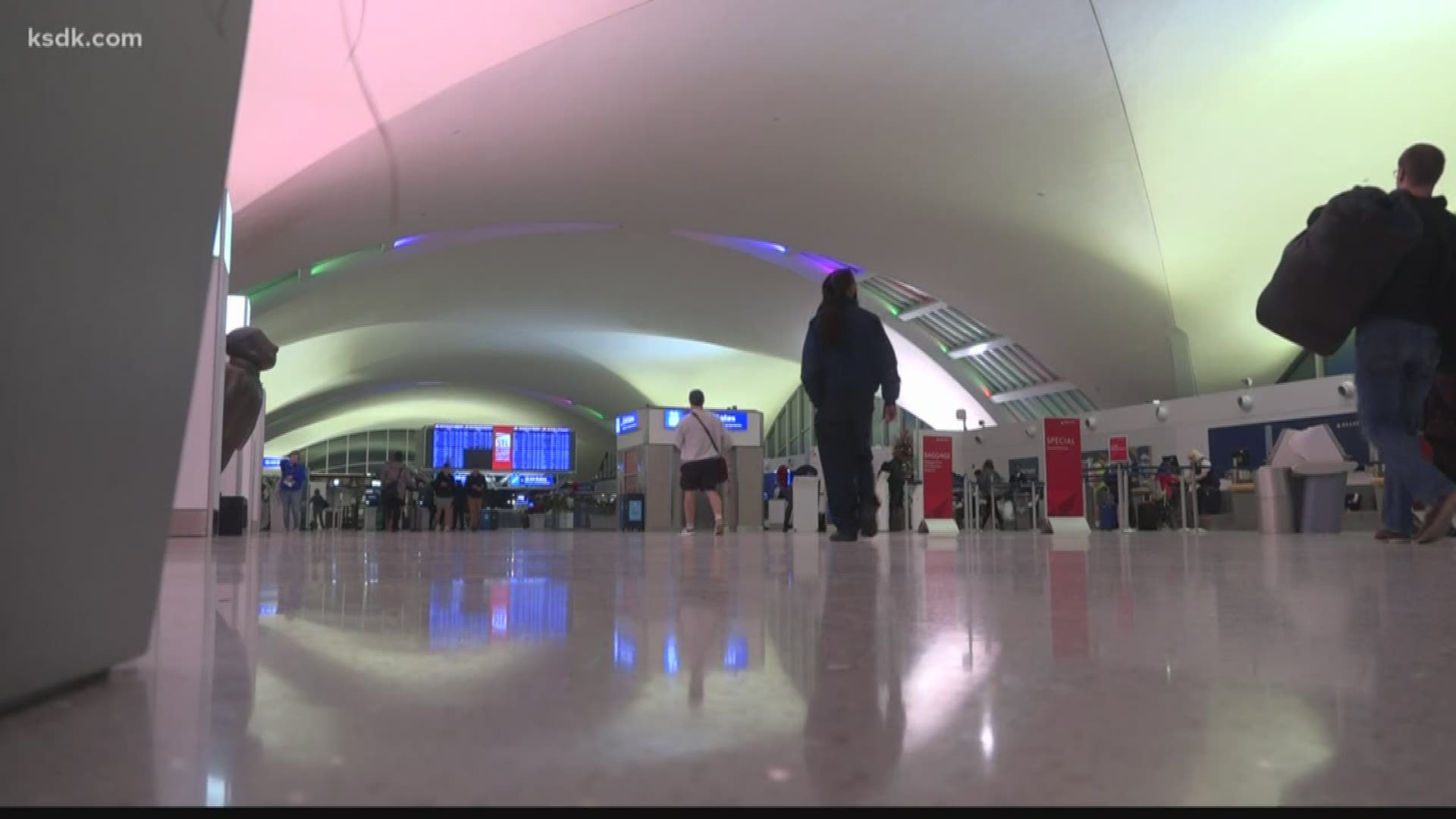 ST. LOUIS — The drop-off lines at St. Louis Lambert International Airport were filled as passengers flagged down their rides, loaded and unloaded their bags, and --more often than not -- said goodbye with a long hug.

Families and friends are returning home from the holidays.

Dennis Harkless, who works for FedEx in Detroit, waits for his wife to take him home to Wentzville. It's their wedding anniversary, and the first time he's been home in about a month since his company blacks out vacation requests during the busy holiday shipping season.

A frequent flyer, he noticed the extra crowds Friday.

"It's busy," Harkless said. "Especially in Detroit as well. It's terribly busy. There's so much traffic, it's unbelievable."

Lambert Public Relations Manager Jeff Lea said they expect more than 20,000 travelers to check-in at the airport, not including flyers on a layover.

Security lines are short. Flights are largely on time.

"They are coming from New York... Denver, Colorado... California... Just coming from all over," Donald Clair said.

As a passenger assistant, Clair is often one of the first people flyers see in St. Louis. He reports people are in a good mood, with a lot of help from the weather.

"Weather is great. You can't beat this for the month of December," Clair said.

For some, the visit is short. Harkless flies back to work in just a couple of days, hoping for another round of easy travel.

RELATED: Former US attorney cited for third DUI in 2 years

RELATED: Where you can recycle your Christmas tree and other stuff

RELATED: Recreational marijuana is legal in Illinois on Jan. 1. Here's what you need to know