'He was sick and dying' | Well-known St. Louis attorney Charles 'Ed' Brown wanted public to know why he died by suicide

"Ed had made a request that if anyone asks why he committed suicide, the answer is he was sick and dying (not COVID-19 related)," a law firm spokesman wrote 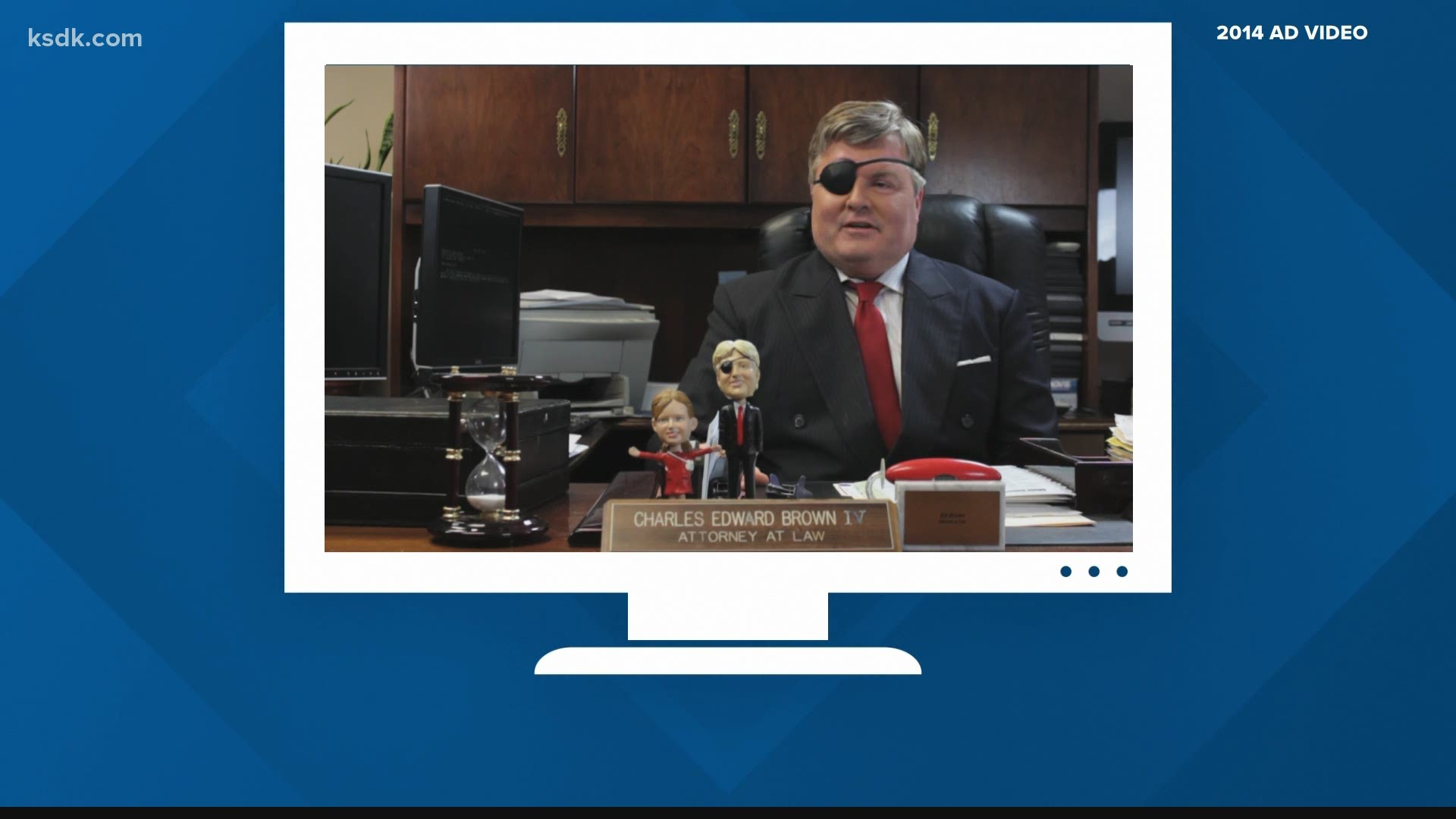 Brown and his brother Dan Brown founded the Brown & Brown law firm about 20 years ago. It is a personal injury and criminal defense firm with offices in downtown St. Louis and Fairview Heights.

“We are shocked and devastated,” said David Shulman with Brown & Brown. “We request the privacy of the family is respected during this most difficult time.”

On Wednesday, Shulman emailed another statement with an update.

"Ed had made a request that if anyone asks why he committed suicide, the answer is he was sick and dying (not COVID-19 related)," Shulman wrote.

Brown began his career in law by working for Citicorp and as a law clerk with the Illinois 5th District Appellate Court, according to Brown & Brown’s website.

The brothers are frequently seen together in local television ads and on billboards. Charles Brown was most recognizable from a patch he wore over his right eye.