Back in service: St. Louis motorcycle cop returns to duty after nearly fatal battle with COVID-19 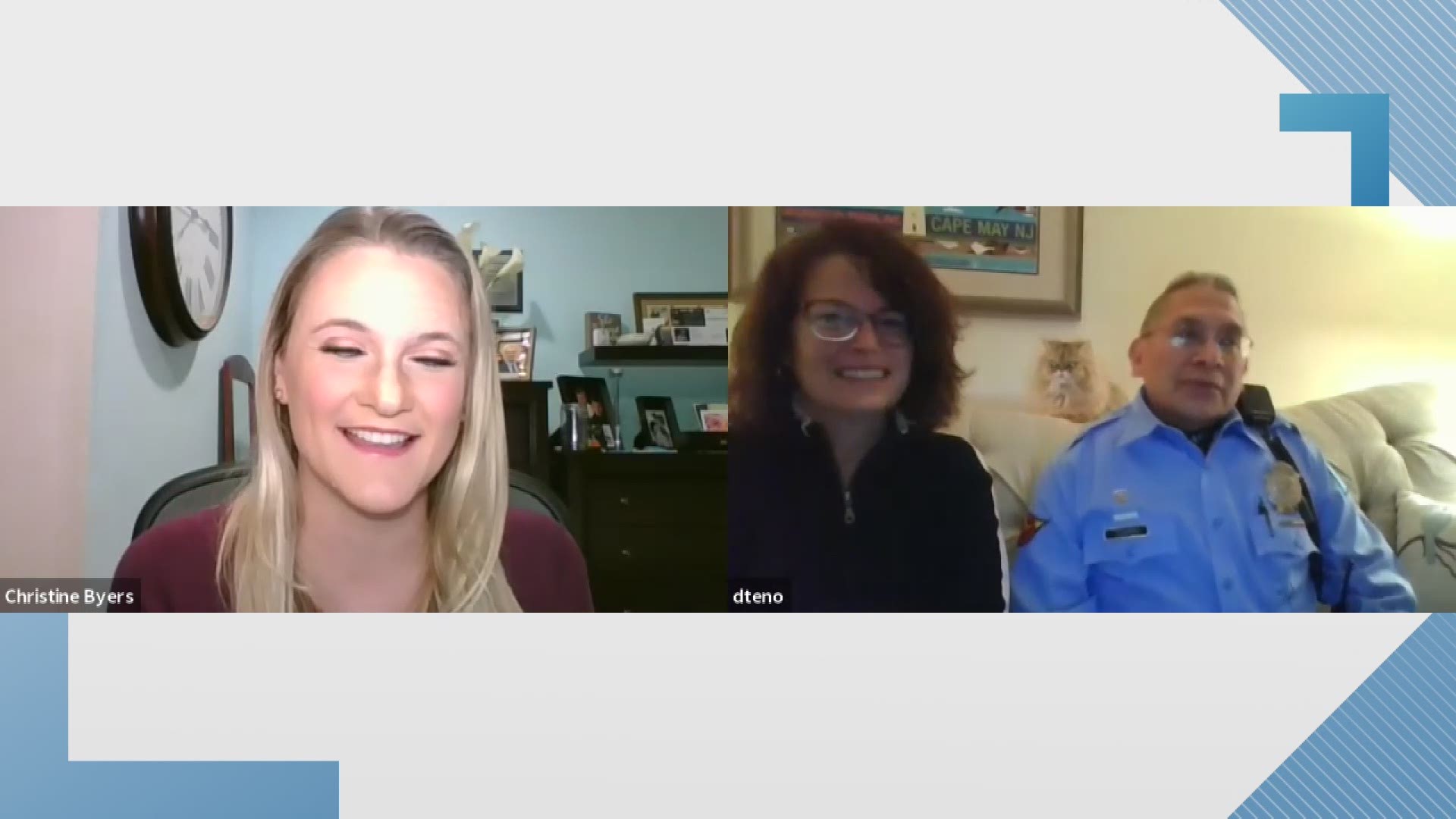 ST. LOUIS — St. Louis police officer David Tenorio has been gone so long from his police Harley Davidson motorcycle, cob webs have grown under its wheels.

The last time he rode it was March 31, when he went home sick feeling feverish and coughing uncontrollably.

He tested positive for COVID-19, and spent 3 ½ weeks battling for his life at St. Luke’s Hospital in April.

He wasn’t expected to survive.

But he returned to duty the week before Thanksgiving, and, in an interview with 5 On Your Side, the 55-year-old said his road to recovery hasn’t been dotted with all hearts and rainbows.

“I'm just so incredibly grateful,” he said. “I have to keep going. It's a testament to the people who supported me.

Tenorio and his bike are a fixture around St. Louis. He's often sitting atop  his motorcycle directing traffic during major events downtown.

But in March, he contracted the deadly virus at work.

He walked out of the hospital April 24.

Doctors believe the stress the virus put on his lungs caused him to have a heart attack – the second in his lifetime.

He had physical and cardiac therapy almost every day of the week for months.

At his side his wife, Kathy.

She contracted the virus, too.

And spent most of the time her husband was hospitalized coping with her fears and illness alone.

But she was happy to have her strength when he got home.

“He couldn't even lift a glass of water,” she said. “I had to give him water and little paper cups.”

At times, his temper grew short as frustration over his inability to do basic tasks got the better of him.

“She would never say this, but I'm sure I was getting a little bit more antsy than others because I knew what I should be doing and what I could be doing,” he said.

His blood sugar spiked while he was receiving Extracorporeal membrane oxygenation, or ECMO. It’s a life support system that oxygenates a person’s blood through an artificial lung outside the body.

In August, he was feeling strong enough to tackle some light yard work. His doctors told him he could do it. But, he fell, and cracked two ribs.

That set his return to duty back another five weeks.

“It was just a freak accident,” Kathy Tenorio said.

The most important part of his physical therapy was using a spirometer, a handheld device Tenorio breathes into that exercises his lungs. The deeper his breaths, the higher a little ball inside it rises.

“They told us our lungs are like rubber bands and need to be stretched out to work again,” said Kathy Tenorio, adding that she used the device to heal her lungs, too.

There’s also been a mental component to his recovery: Survivor’s guilt.

“Sometimes I think about what she would be doing if I wasn't here, if I didn't make it, kind of like ‘It’s a Wonderful Life,’ type of thing,” he said, of the classic old Hollywood movie.

At a recent checkup, doctors told Tenorio he was one of two patients out of about a dozen who received the same life-saving treatment he did.

Last week, Tenorio’s doctors deemed him fit for duty, and he went back to work.

He has hours of continuing education classes he has to complete to keep his peace officer’s license current.

And the department’s physical fitness test, too.

His wife snapped a picture of him before he left for his first day back, wearing a uniform four sizes smaller than the last one he donned.

A standing ovation and a round of applause when he walked back into headquarters moved him to tears.

“It’s an amazing feeling, it really is,” he said. “Very emotional to say the least.”

He went to see his beloved bike, which he said he cares for like a child.

The cob webs took him aback.

Other St. Louis police officers are coping with the virus, too.

Many of them have called Tenorio for advice, he said.

For now, Tenorio is on patrol in a police car.

He’s needed to help out the short-staffed traffic division.

He’s hoping to get back on his bike in the coming weeks.

And he knows where his first call will take him:

And he said, what better way to get the cob webs off his wheels, than to drive them away.