‘I want to tell you I’m OK, but secondly I’ve been shot' | St. Louis officer calls his mom moments after shooting 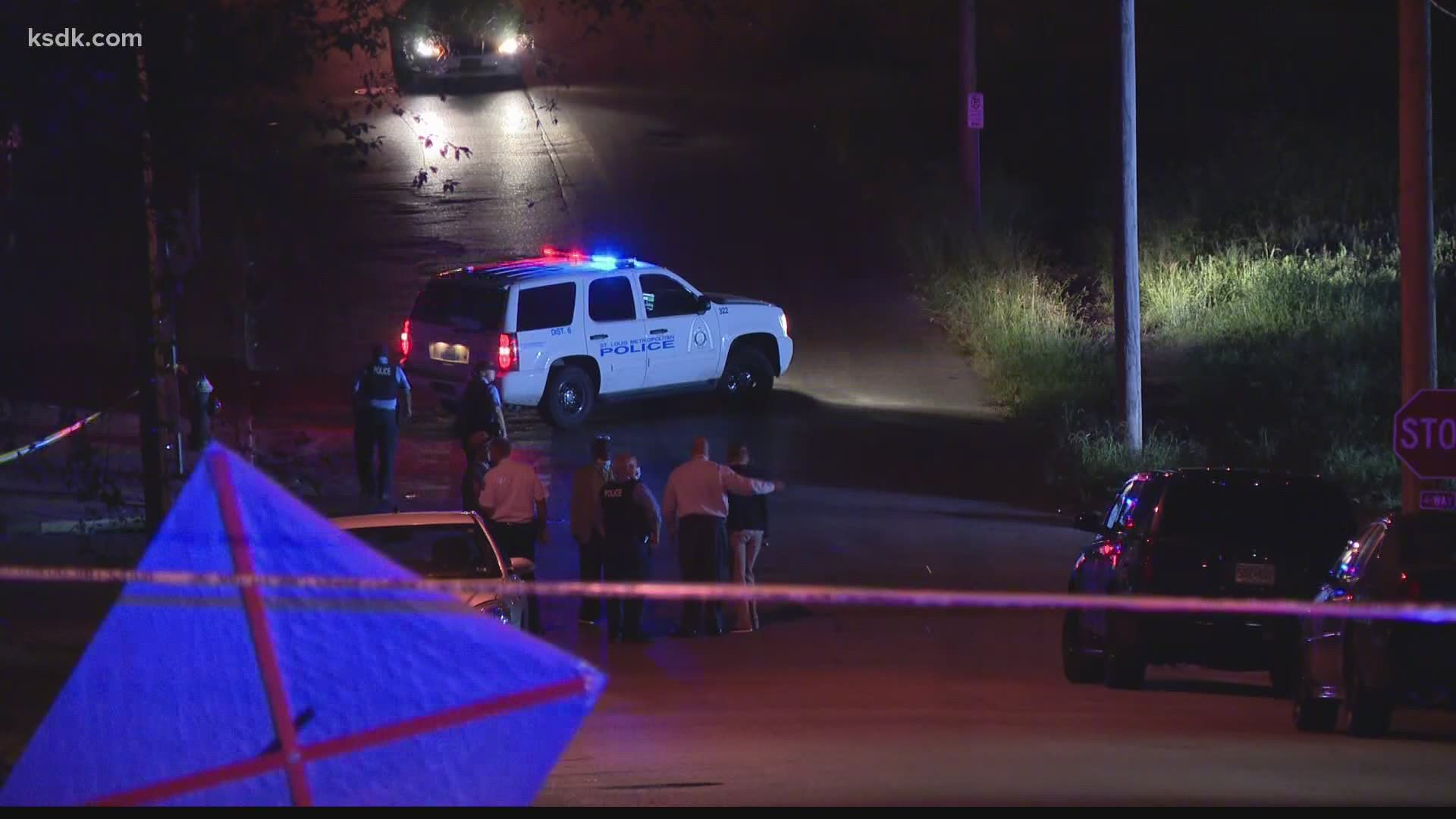 ST. LOUIS — The bullets have been getting closer and closer to St. Louis Officer Erich vonNida all year.

He sat passenger, helping look out for traffic as his partner rushed a bleeding Officer Ryan Murphy to the hospital the night four officers were shot June 1 following a protest near police headquarters.

In August, a young officer vonNida met while training recruits at the police academy was shot and killed responding to a call for a shooting.

On Friday, vonNida’s girlfriend, Officer Molly Hanson, pulled up on a shooting in progress only to have the shooter turn his guns toward her and start firing.

On Sunday, it was vonNida who got hit.

In all, 41 St. Louis police officers have been shot at so far this year. Nine of them – vonNida the most recent – have been struck. One has died.

Conversely, officers have shot three people so far this year, killing one.

Officer vonNida told his mother, Cathy Noel, he and his partner were assigned to the city’s detail aimed at cracking down on cruising when they spotted a car with no license plate and heavily tinted windows. At first, it pulled over for them. As soon as they approached, it took off.

The officers followed it.

“He said the next thing you know, they just started shooting out of nowhere,” Noel said. “I mean, who does that? Just starts shooting over a traffic stop? The disregard for life anymore is just scary.”

He told his mother he used his radio to report shots were being fired as he heard them hitting the patrol car. He tried to take cover behind the dash and engine block. As he reached for a different radio to call dispatchers, he told her it felt like got hit on the shoulder with a baseball bat.

“He called it in and he says, ‘Well I’m OK right now,’ he says, but ‘I just wanted to let you know an officer was shot and it was me,’” Noel recalled with a chuckle. “They were like, if you’re the one who is hit, why are you calling us? You almost have to look at it with a bit of humor or you’d be crying the whole time.”

He argued with his partner, who was at the wheel, when he let the shooters get away.

Then, he called his mom.

“He said first of all, ‘I want to tell you I’m OK, but secondly I’ve been shot,” she said. “I just couldn't even believe it, and you don't believe it until you see a bullet hole in your son's body.”

She said she started crying when she saw a group of officers standing outside the hospital – some of whom weren’t from the St. Louis Metropolitan Police Department.

“It’s very scary, these are young kids that are getting shot left and right 10 people in last four months it’s just scary, you know?” Noel said, adding Capt. David Dorn to the list. He was a retired officer who was shot and killed trying to stop looters from raiding a pawn shop where he worked security.

“Each one of these deaths and shootings upsets these officers. They’re not used to dealing with this."

“You’re going to work every day not knowing if you’re going to come home dead or alive and injured. And the camaraderie only goes so far – especially when an officer is killed," she said. “He was young man that died under 30 years old, he had a wife and three children a beautiful family and you know you can’t get any of that back,” she said.

“The support and comradery is wonderful but it doesn’t bring your loved one back. Now a lotta these guys are afraid to even drive in their car because if people see you’re a police officer they want to shoot you or hurt you or call you names and it’s just horrible.”

Initially, vonNida’s friends believed the bullet went through his shoulder.

But it stopped just short of piercing through the other side.

He took a selfie with a smirk to show his surprise at being released even though blood was still running down his arm.

Noel said the outline of the tip of the bullet can be seen protruding on the back of her son’s shoulder.

“It just got his shoulder,” Noel said. “But I mean, a couple more inches over it could have been in as neck or head.

“Hopefully with the grace of God he’ll get through it and everything will be OK, but it’s still scary for everybody.”

Noel was at the hospital once again to hear doctors tell her, her son was going to be OK.

Doctors have told vonNida it could be four to eight weeks before he can return to duty.

He has told his mother that’s what he intends to do.

But, she says, she wouldn’t blame him if he didn’t.

RELATED: Byers' Beat: Why suspected cop killer may not get the death penalty