New information from sources close to the ongoing investigation raises even more questions about where Officers Hendren and Riordan really were. 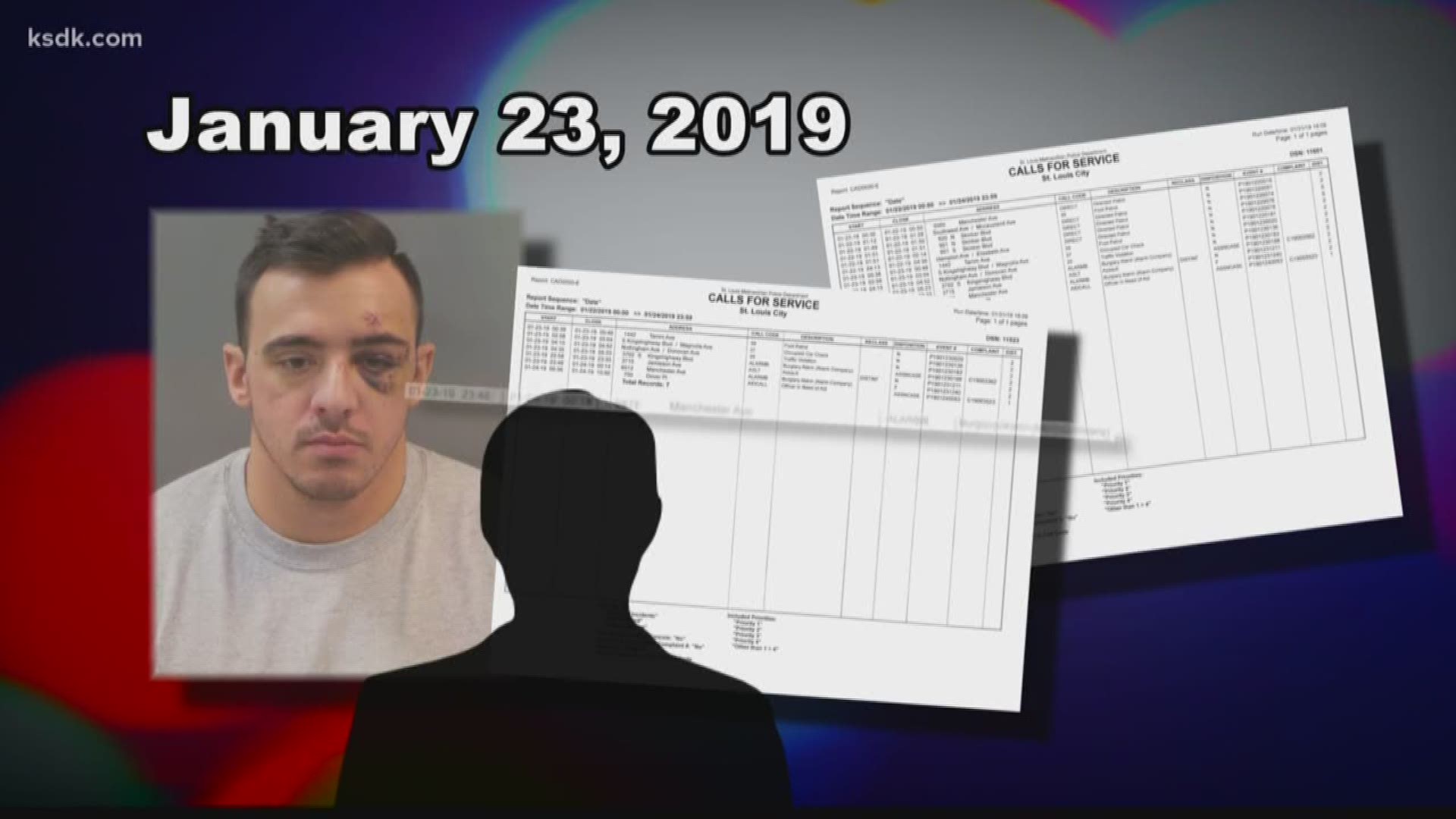 ST. LOUIS — What were two St. Louis police officers doing in the hours leading up to the Russian Roulette-style shooting death of their friend and colleague?

And when, exactly, did they get there?

Those are two pressing questions that grew much harder to answer Tuesday.

Law enforcement sources confirmed to 5 On Your Side there are new reasons to doubt Officers Nathaniel Hendren and Patrick Riordan.

According to those sources, the two officers did not respond to one of the calls that appeared on their on-duty shift activity logs for Jan. 23.

5 On Your Side previously reported that St. Louis Police logs show Hendren and Riordan worked the overnight shift together in the second district on the night Officer Katlyn Alix was killed.

They began that shift with roll call at approximately 10:50 p.m. at second district headquarters on Sublette Ave.

From there, they were dispatched to an assault call at an assisted living facility at 3715 Jamieson Avenue at 10:58 p.m. No report was written.

Phone calls by 5 On Your Side attempting to reach the facility for comment were not returned.

Police logs indicate Hendren and Riordan were back in service at 11:33 p.m. after the assault call was concluded.

After that, there was a call for a burglary alarm at a dialysis center at 6512 Manchester Avenue, according to the officers' calls for service logs.

Sources close to the investigation into Alix's death said that's the call that Officers Hendren and Riordan never went to.

Instead, sources said they called another unit using a cell phone and asked them to cover the call, while they were at Hendren's apartment with Ofc. Alix.

It's extremely difficult to trace the officers' exact steps for where they went after the assault call, the routes they drove and when they specifically arrived at Hendren's apartment outside their designated patrol area in the Carondelet neighborhood.

His apartment is about six miles from the dialysis center.

Ofc. Alix was off-duty at the time. Her last known shift was Jan. 22 when she was partnered up with Ofc. Hendren.

Regarding the burglary alarm call, sources said the two unnamed officers who did respond did not list it on their calls for service logs. It's unclear if they were given a reason for why they were being requested to respond.

However, the call does appear on Officer Hendren's log and Officer Rioardan's log as if they were actually there and cleared it themselves. Sources said they were not.

Their logs indicate the call was listed as concluded at 12:14 a.m.

At 12:56 a.m., 42 minutes later, Hendren and Riordan reported an "officer in need of aid" call at Hendren's apartment in the 700 block of Dover Place.

Authorities said shortly after, they rushed Officer Alix to the hospital with a gunshot wound to the chest. She was pronounced dead a little after 1 a.m.

Court documents indicate he shot and killed Alix while they playing with a loaded revolver that had just one bullet in it.

Prosecutors said they have probable cause to believe drugs and alcohol were involved at the scene.

A disciplinary report obtained by 5 On Your Side showed a police supervisor wrote up both Hendren and Riordan for drinking alcohol on the job and recklessly discharging a firearm that resulted in the death of a fellow officer.

5 On Your Side asked St. Louis Police if they believed the officers had fabricated their logs to cover their tracks and if the discrepancies in their locations were part of any internal affairs investigations.

A spokeswoman would only say "this is part of the ongoing investigation."

The attorney for Hendren did not respond to a request for comment.

The attorney for Riordan declined to comment, citing the ongoing investigation.

Sources told 5 On Your Side it's not totally unusual to reach out to another officer who might be officer and ask them to respond a pending call.

They said, though, this situation is particularly suspicious because Hendren and Riordan listed it on their individual logs when they had no involvement in handling the burglary alarm call.