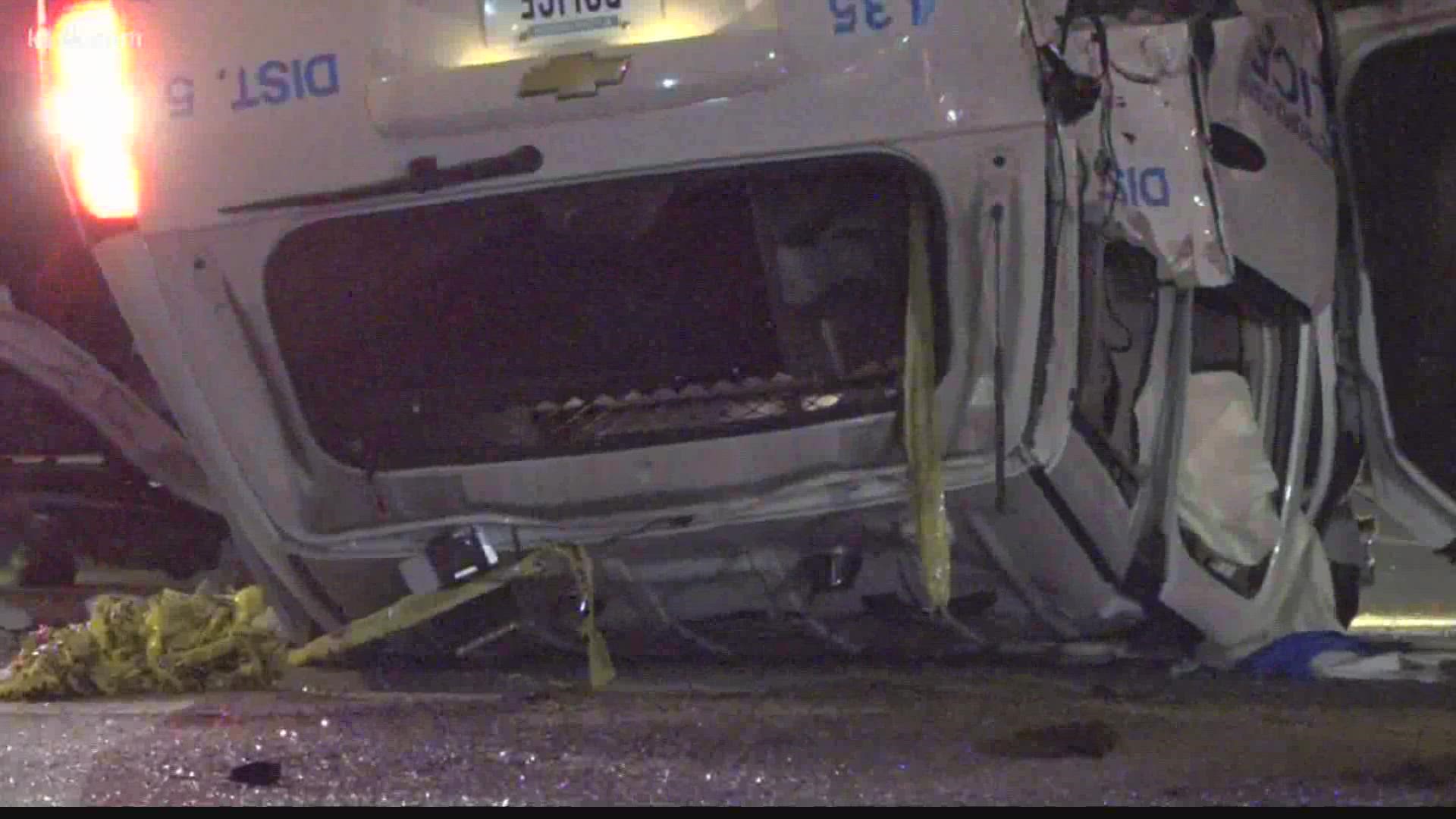 ST. LOUIS — An investigation is underway after two St. Louis police officers were injured in a crash early Thursday morning.

At around midnight, officers were responding to a call when their SUV was hit by another vehicle at Marcus Avenue and Dr. Martin Luther King Drive.

At the scene, a 5 On Your Side photographer observed a St. Louis police SUV overturned. The airbags had deployed and there was glass scattered on the ground. Two other vehicles were damaged.

Two officers were taken to a hospital with serious but non-life threatening injuries, according to police. The driver of the vehicle that hit the police SUV was also taken to the hospital and released. He is now in police custody for “several traffic offenses,” officials said.