"Once the patio season is kind of behind us, it's going to be a much more difficult landscape for restaurants," the owner of Salt + Smoke said 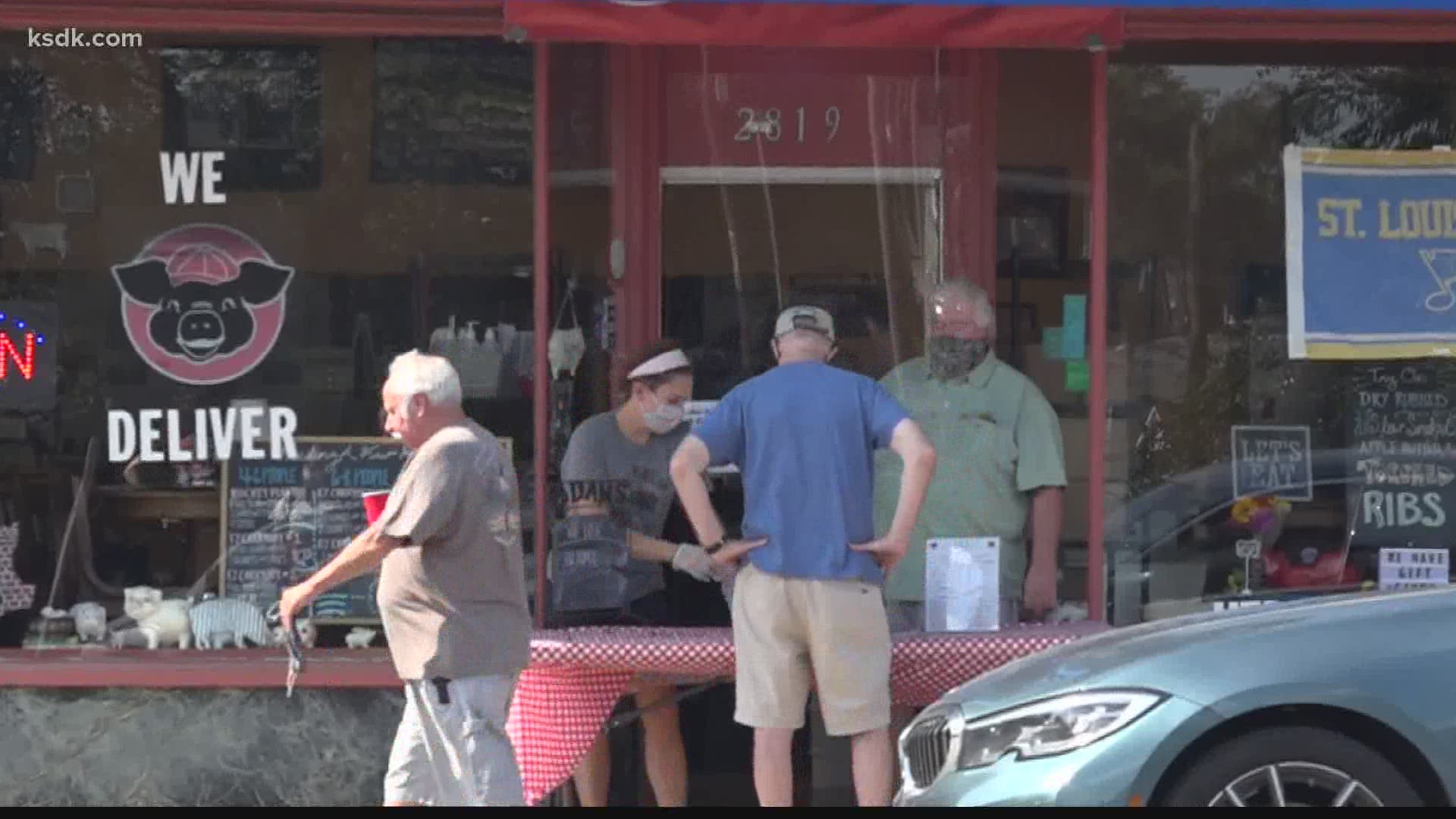 But now she wants to serve some food for thought.

"Restaurant industry folks, we are talking about, but I don’t know if everyone else is talking about it," Ireland said.

She's trying to raise awareness about the RESTAURANTS Act that's going through Congress.

"This act will provide a grant fund for small independent restaurants," Ireland said.

READ MORE: How the RESTAURANTS Act could save the hospitality industry and 11 million jobs

The RESTAURANTS Act was introduced on a bipartisan basis in both the Senate by Sen. Roger Wicker, R-Miss, and in the House by Rep. Earl Blumenauer, D-Ore.

It would create a $120 billion forgivable grant program, known as the Independent Restaurant Revitalization Fund, and it's geared toward helping small restaurants and bars impacted by COVID-19.

It would help with financial needs such as payroll, rent and even personal protective equipment.

This could help 500,000 independent restaurants and 11 million jobs.

The Independent Restaurant Coalition, or the IRC, is pushing for support and was formed to save the local restaurants and bars affected by the pandemic.

85% of us y’all 😔 PLEASE, we need you to tell Congress to #SaveRestaurants by passing the RESTAURANTS Act https://t.co/H7kUZRL7xa

With a staff of 200, Salt + Smoke owner Tom Schmidt said it's important to act now before the slow season creeps in.

"Once the patio season is kind of behind us, it's going to be a much more difficult landscape for restaurants. Three months from now, we’re going to be in a worse spot than three months ago. I think it’s really important that Congress acts on this and soon," Schmidt said.

Schmidt said he spoke to his partners in the region who are food distributors and they are predicting as many as 50% of restaurants in the St. Louis region could be closed by the end of November.

She's grateful for the Payment Protection Program, but explained it acted as a Band-Aid for a long-term wound.

"We did get PPP, but it only goes so far," Bogacki said.

Unlike the PPP program, which was open to all small businesses, the RESTAURANTS Act is dedicated to protecting the 11 million people working directly for restaurants.

"There is a ripple effect in losing these small businesses. All the purveyors that provide products and services to them are also struggling," explained Hammerstone’s General Manager Cory Hammerstone.

Bogacki hopes the RESTAURANTS Act can continue protecting her employees, along with her breakfast joint.

"At least a quarter of your profit goes to paying employees. It's most important for us is keeping people employed," she said.

These owners are trying to cook up a conversation, so everyone can speak up and demand help for local restaurants.

"If we can be loud enough, we might be able to get help we need and we will make it through this," Ireland said passionately.

As of the latest news, on Sept. 4, the IRC released an article.

Part of it read, "The longer Congress waits to pass a relief program for restaurants, the more people will be permanently unemployed because of this pandemic. Many of America’s 11 million independent restaurant workers remain jobless because restaurants cannot afford to safely reopen, stay open, and generate the kind of revenue they did before the pandemic began."