Right when he walked into the gym, several students ran up to him and tackled him with hugs. 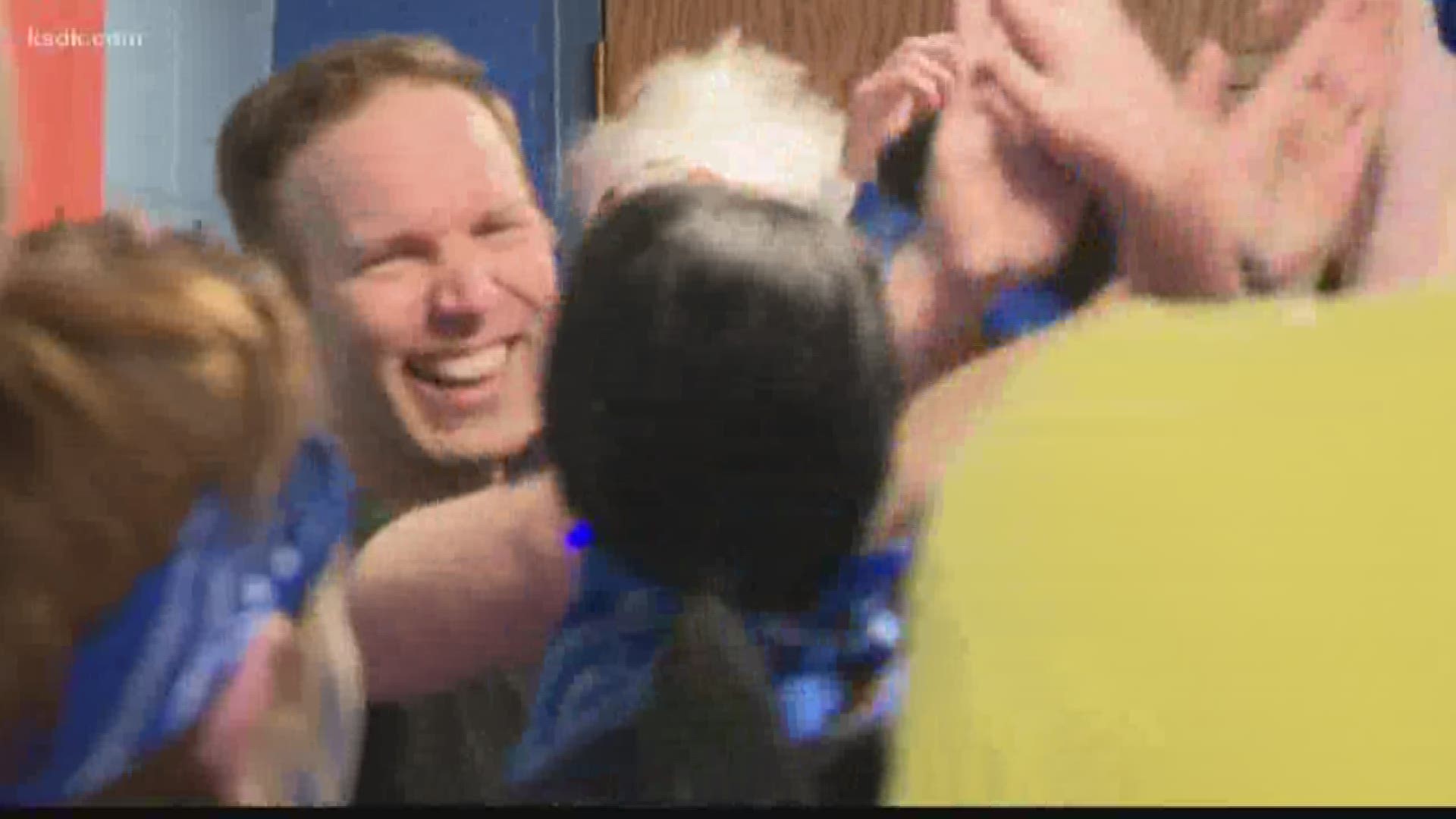 ST. LOUIS — A seventh-grade teacher at All Saints Academy – St. Norbert, and lieutenant commander with the U.S. Navy, surprised his students after returning home from his deployment in Africa.

Lt. Cmdr. Thomas Koehler showed up at the school in the middle of the day on Thursday during a students vs. faculty volleyball game.

Right when he walked into the gym, several students ran up to him and tackled him with hugs.

He stayed to play alongside the other teachers in the game.

Koehler was deployed to support the Combined Joint Task Force-Horn of Africa back in March of last year, according to archstl.org.

He has been called to active duty in the past, but this was his first assignment away from his children. 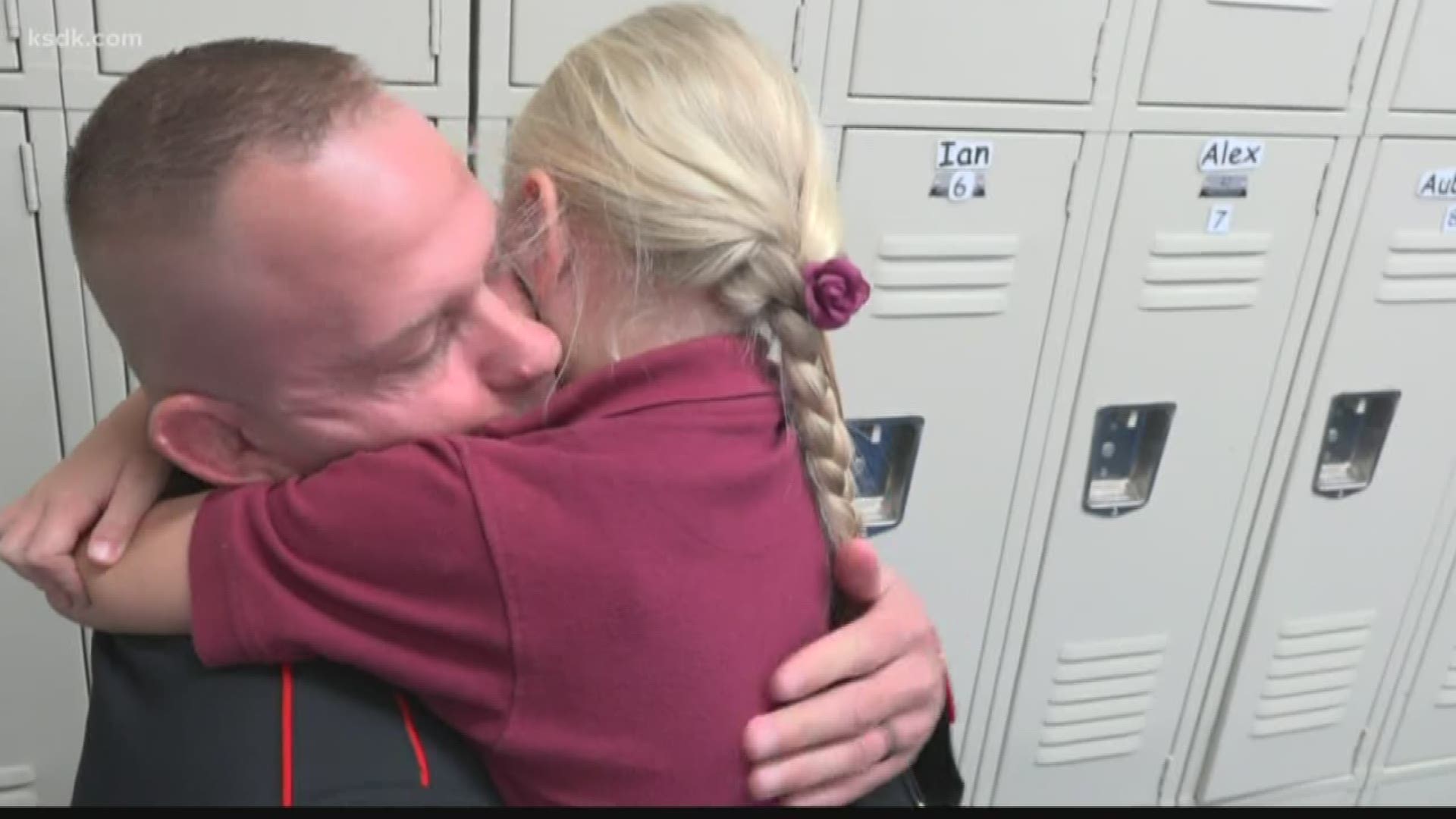