Tennis can sometimes bring out the worst in parent-child relationships. With the Redelijks, it’s brought out the best 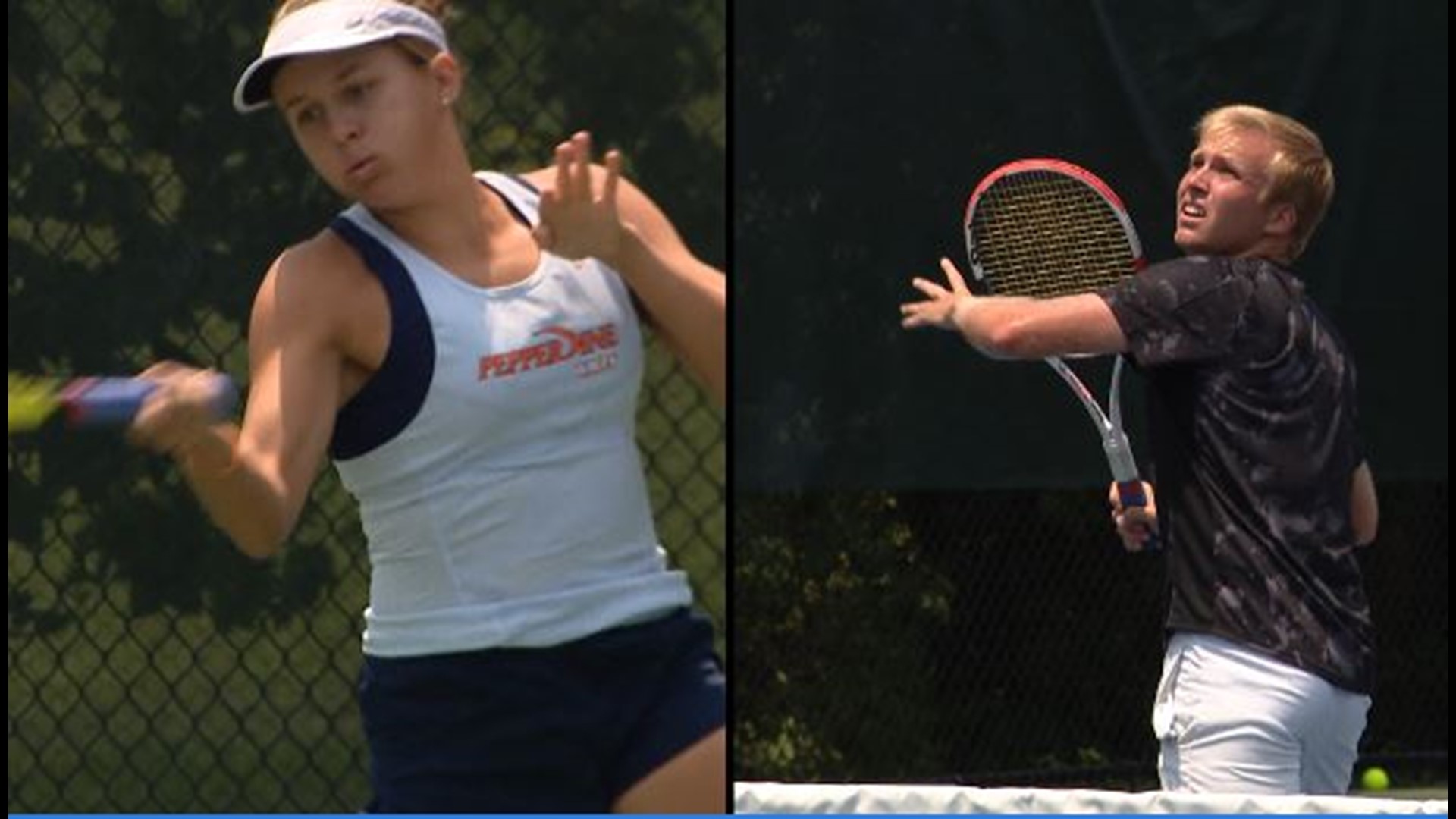 ST. LOUIS — It’s a scene that has happened thousands of times, usually in blistering heat with hissing ground strokes. Jordi Redelijk and his sister Nikki just hammering tennis balls at each other. Working, sweating and improving each day, month and year. Jordi is 20. Nikki is 14 months younger. They never had to go far to find a practice partner.

“We would wake up and one of us would say, do you want to hit? Yeah sure and we would go to the court," Nikki said.

They were basically born with tennis rackets in their arms. In fact, the father, Ferdie, was on the court at Norwood Hills where he teaches when the beeper went off. His wife, Lidwien, was in labor in Florida. Lidwien, who was a very good player at TCU, was about to have Jordi. Ferdi left the court, hopped on a plane and was there for the birth of his son.

“I have come to Norwood Hills Country Club since I was one years old," Jordi said.

Ferdie, who was a professional player himself, has been coaching kids and adults for 30 years. His prized pupils are his children. Tennis can sometimes bring out the worst in parent-child relationships. With the Redelijks, it’s brought out the best. No screaming or demanding just a father who is there to help and encourage his kids in their passion.

“I have been in this game all my life. There is one thing I know it has to be their thing. There is also a life after tennis. Win or lose, we always do something fun," Ferdie said. "From day one, that’s how they competed. That’s my way and I think that is a really good way."

When you listen to Ferdi during workouts, you will hear things like this constantly, “Nice, good ball, good shot, good rally, good get, there you go, good hands”

“For us, I have been able to train with him my whole life. He and my mom have been so supportive," Jordi said. "No matter how intense the match gets and you put a lot of pressure on yourself, he has not only been my coach but my biggest supporter.

“My dad always encouraged competition but he insisted we had fun," Nikki said. "That was the first priority. With the environment my dad produced, it was really conducive for positivity and growth.”

It has paid off for the both of them.

Jordi was a starting singles player on a very good SMU team. He has dreams of playing on tour. Nikki is coming off a wonderful freshman season at Pepperdine where they finished second in the country. Seeing her hit a ball is amazing. She has so much power and precision with her groundstrokes. Her goal is to play on tour. And the family feels Nikki has really benefitted by playing against a really player on the men’s side for most of her life.

“Oh yeah, it was huge and fortunate to grow up hitting with Jordi. Obviously, he hits a bigger ball than most of the girls I play with and so I got the upper hand in the situation," Nikki said. "He also benefitted by having me around but I have benefitted even more.”

The Redelijks are on the court every day together. Jordi with his power serve traveling 125 miles per hour, and Nikki with her smooth ground strokes firing every ball back her brother. And the father, Ferdie, usually not far away, smiling and enjoying watching the tennis star he helped to create. And he created them the right way.