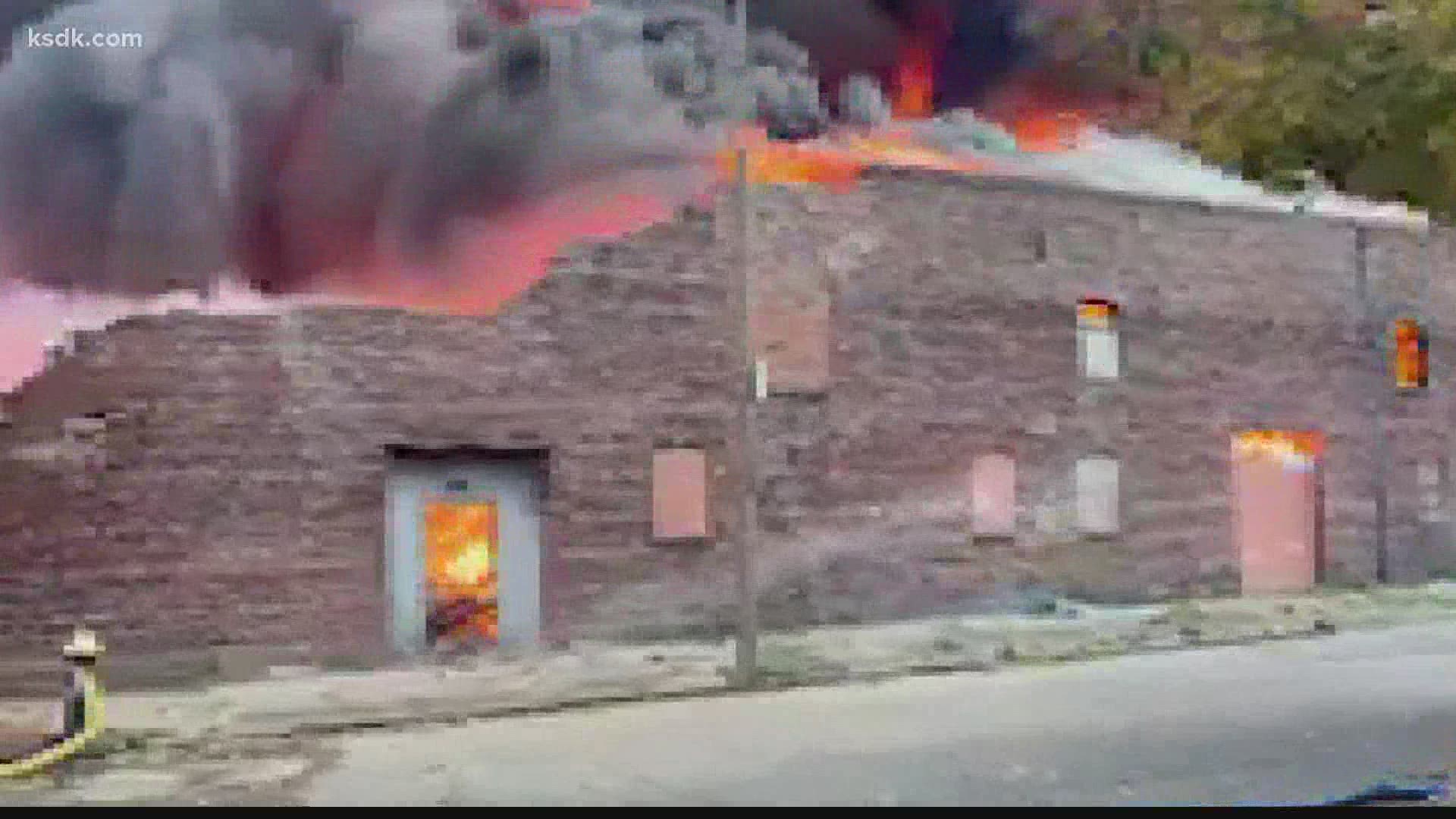 The warehouse is located in the area of North 13th and Howard Street in the Old North St. Louis neighborhood.

Around 1:30 p.m, the St. Louis Fire Department shared a video on Twitter showing flames and heavy smoke coming from the warehouse.

In the video, fire officials described the scene as the building began to collapse and showed downed power lines and street lights.

About two hours later, firefighters had extinguished most of the flames. A view from Sky5 showed the entire roof had caved in.

The cause of the fire is unknown.