'St. Louisans who started the dream' | Helping in Haiti 10 years after devastating earthquake

They are simply a group of caring St. Louisans supporting this Haitian hospital's work to heal and build a better road to the future 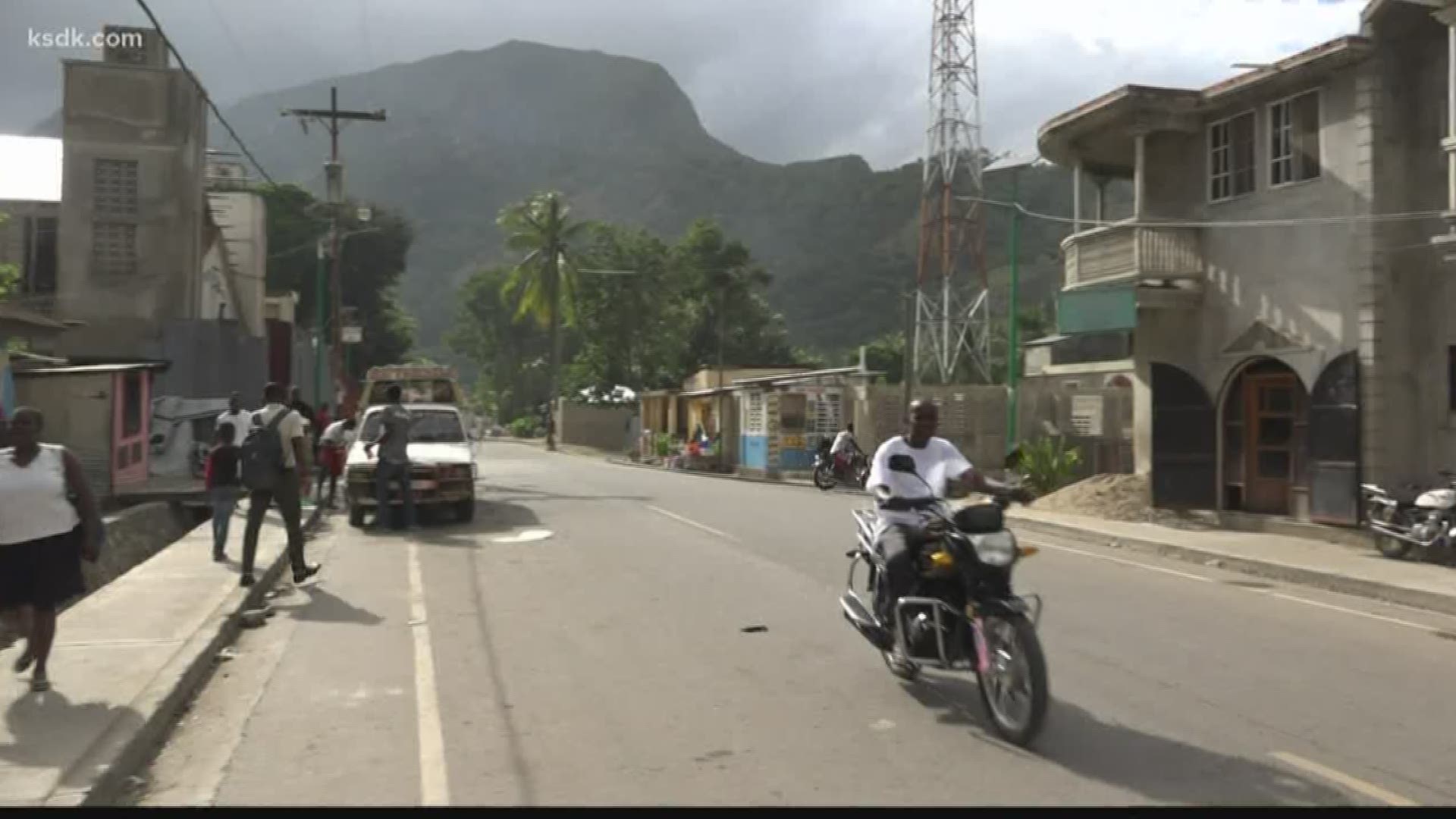 MILOT, Haiti — In Haiti, some consider a newly paved road a sign of at least some progress, especially in a country where improvements of any kind can be hard to find.

Heading south from the northern Haiti city of Cap-Haitien, our drive since the last time we took this trip 10 years ago to the small, rural town of Milot is much smoother. The same cannot be said for Haiti’s road to recovery since then.

Life in the poorest country in the Western Hemisphere was hard enough before the 2010 earthquake. It killed an estimated 160,000 people and injured more than twice that many. The world promised to help Haiti rebuild, yet poverty and broken politics remain.

When the earthquake hit, the epicenter was 100 miles away. The injured came by helicopter, and by the hundreds. This small town's even smaller Sacre Coeur Hospital was the best hope for more than 1,000 earthquake victims. Volunteers from St. Louis, and across the United States, turned the tiny 70-bed facility into a lifesaving tent city.

As the patients kept coming, the town’s neglected soccer field became the emergency landing zone for U.S. military helicopters bringing patients in need of lifesaving care. Today, the landing zone is gone. And for this small town the chaos of the earthquake is gone, too. But this is a country still very much in crisis. 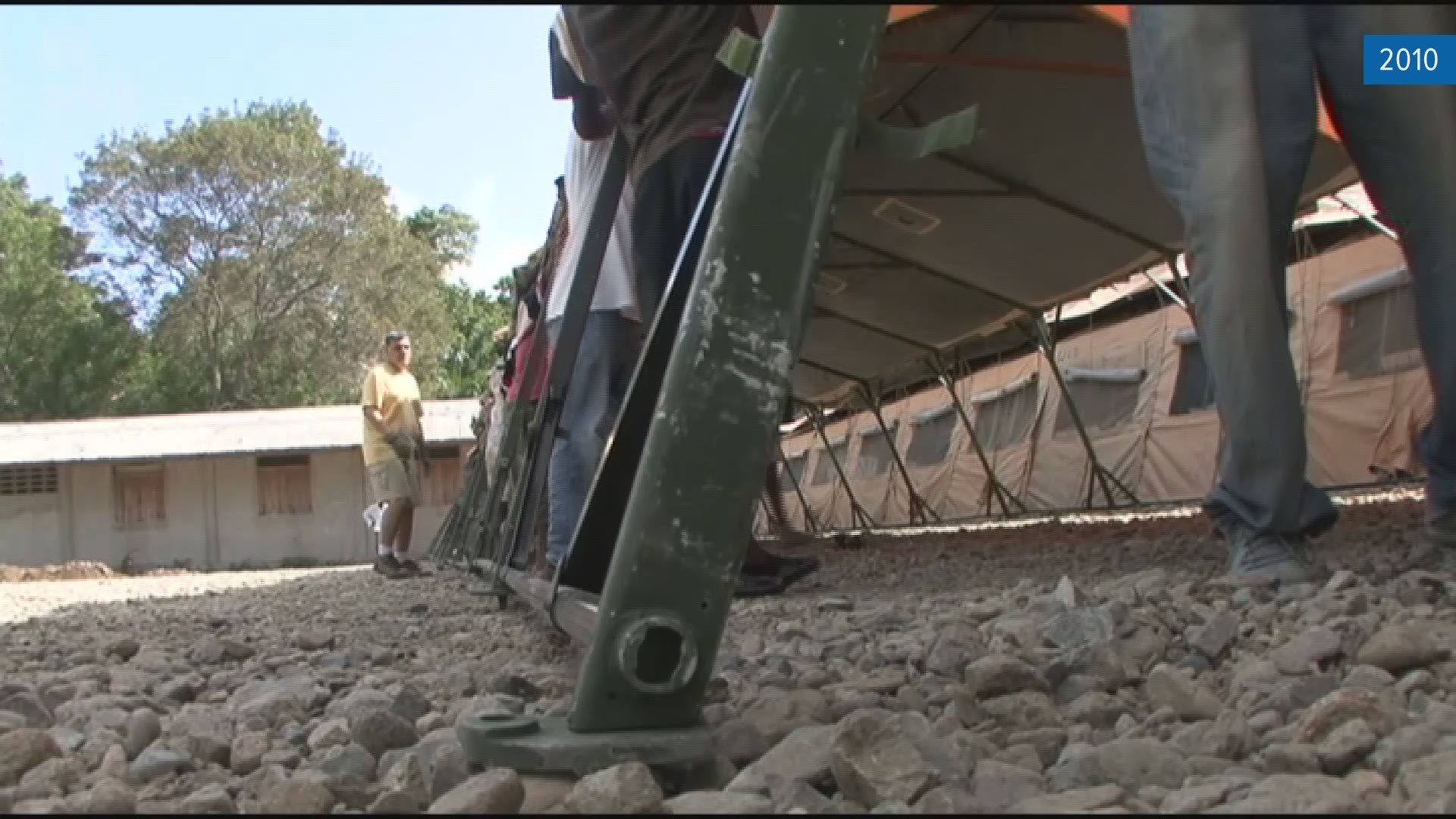 “Healthcare is a challenge everywhere,” said Dr. Harold Previl. “In Haiti, it is a nightmare,” he said of his home country.

Dr. Previl is the hospital’s CEO.

“Ask what has been done, what is in progress to meet those health challenges. Nobody will give you an answer that could satisfy any decent human being,” said Dr. Previl outside Sacre Coeur Hospital.

He was one of the roughly 1,000 volunteers who cared for people after the earthquake.

Ten years later, he’s the Vice Chairman of CRUDEM (Center for the Rural Development of Milot), the St. Louis born non-profit that supports the hospital.

“People have forgotten about Haiti without an earthquake or hurricane,” Dr. Guyol said on a recent trip to Sacre Coeur Hospital in Haiti.

But judging by how the hospital has grown, CRUDEM has not forgotten.

When Dr. Previl thinks back on the past 10 years and the hospital growth since the earthquake, one word comes to mind. “Miracles.” 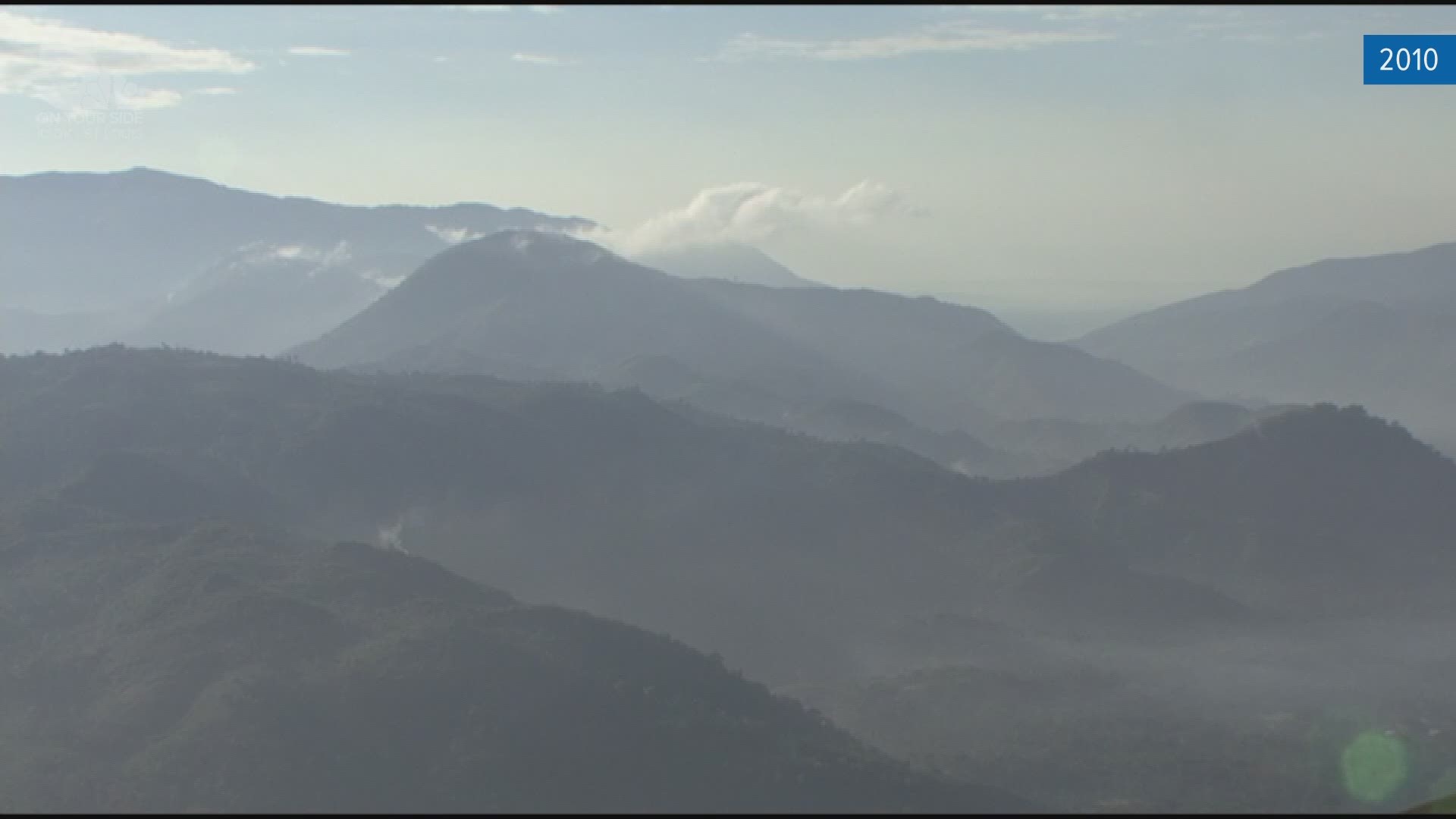 The hospital has even built hundreds of prosthetics for earthquake victims who would have a hard time surviving without them.

It has more than tripled in capacity and continues to grow in reputation.

Haitians still come from hours away to see a doctor at Sacre Coeur.

And waiting in line is not unusual. There can be 500 people a day waiting to see a doctor, five days a week, every day of the year.

“This all started with Dr. Dubuque from St. Louis and Carlos Reese,” said Dr. Previl as he pointed out buildings named for the men on a tour of the hospital grounds. “Those are the two St. Louisans who started the dream.”

So, how is this hospital successful in a country that's struggled to make progress since the earthquake?

“Not too many of them have spent 30 years like CRUDEM has done it,” said Previl. 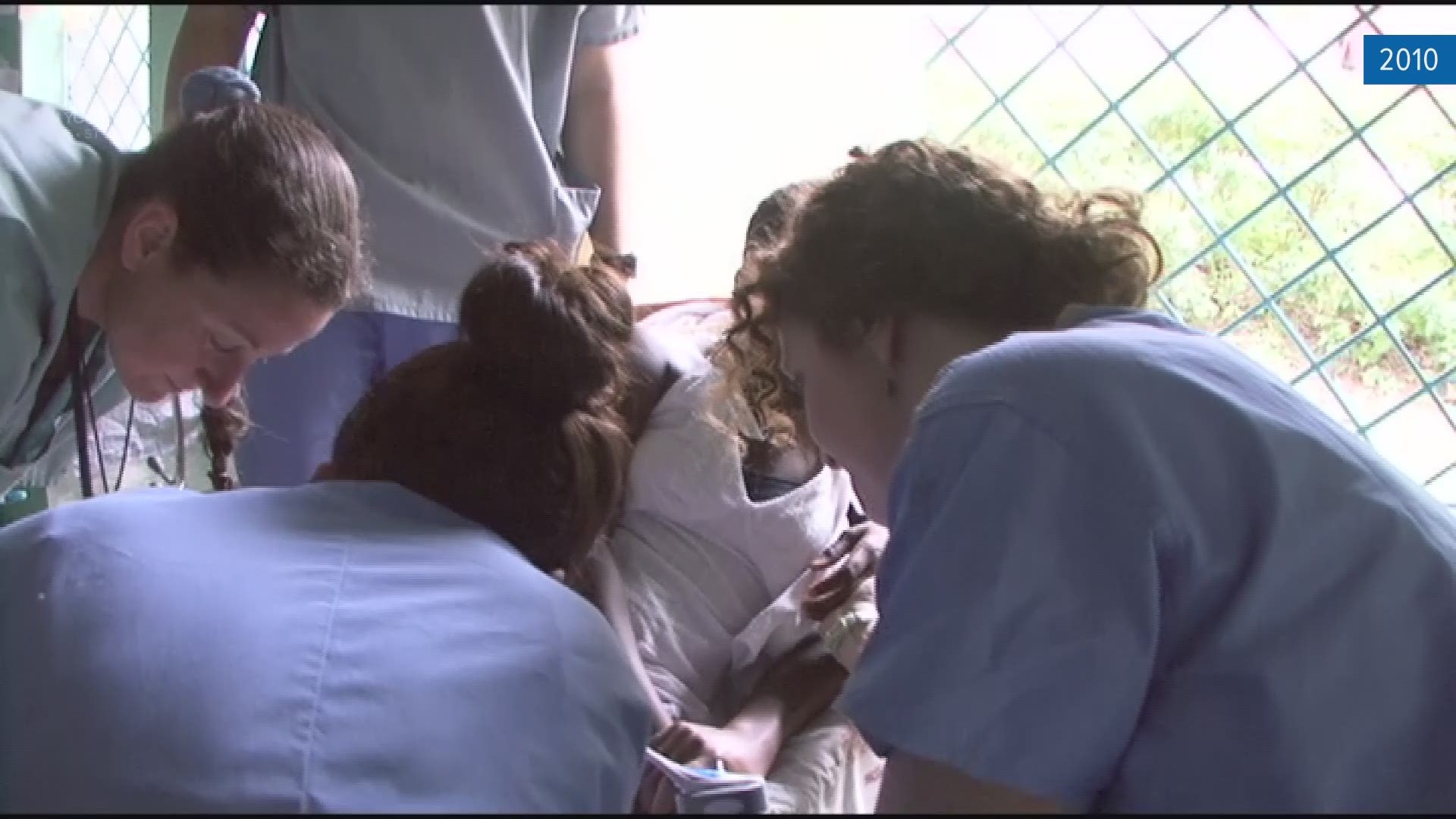 Dr. Previl believes the answer goes back to how it all started: with the support of St. Louisans who stayed committed with their resources and to their belief that Haitians should lead the way.

“We are blessed by God while having that strong network of U.S. volunteers, U.S. donors who understand what we are doing and keep on supporting us,” said Dr. Previl.

“Our job is not so much to come in and do the work, but to work with them, improve their skills,” said Dr. Guyol. “Our job is to make ourselves unnecessary.”

They are simply a group of caring St. Louisans supporting this Haitian hospital's work to heal and build a better road to the future.

Could Dr. Previl imagine what they could accomplish in 10 years?

“I am a dreamer, so I would say yes,” said Dr. Previl. “I see beyond this, I see our new facility and I even see a better country."

CRUDEM, the organization started here in St. Louis that supports the hospital, has grown to a nationwide non-profit. Two thirds of the hospital’s operating budget comes from donations and the majority of that still comes from St. Louis.

Sister Ann Crawley works at the mission in Milot, Haiti, that supports the hospital and volunteers who come to stay and work for a week at a time throughout the year.

Sister Ann has also started building homes through donations for blind and disabled Haitians in the mountains near Milot.

This video tells a little of her powerful story. 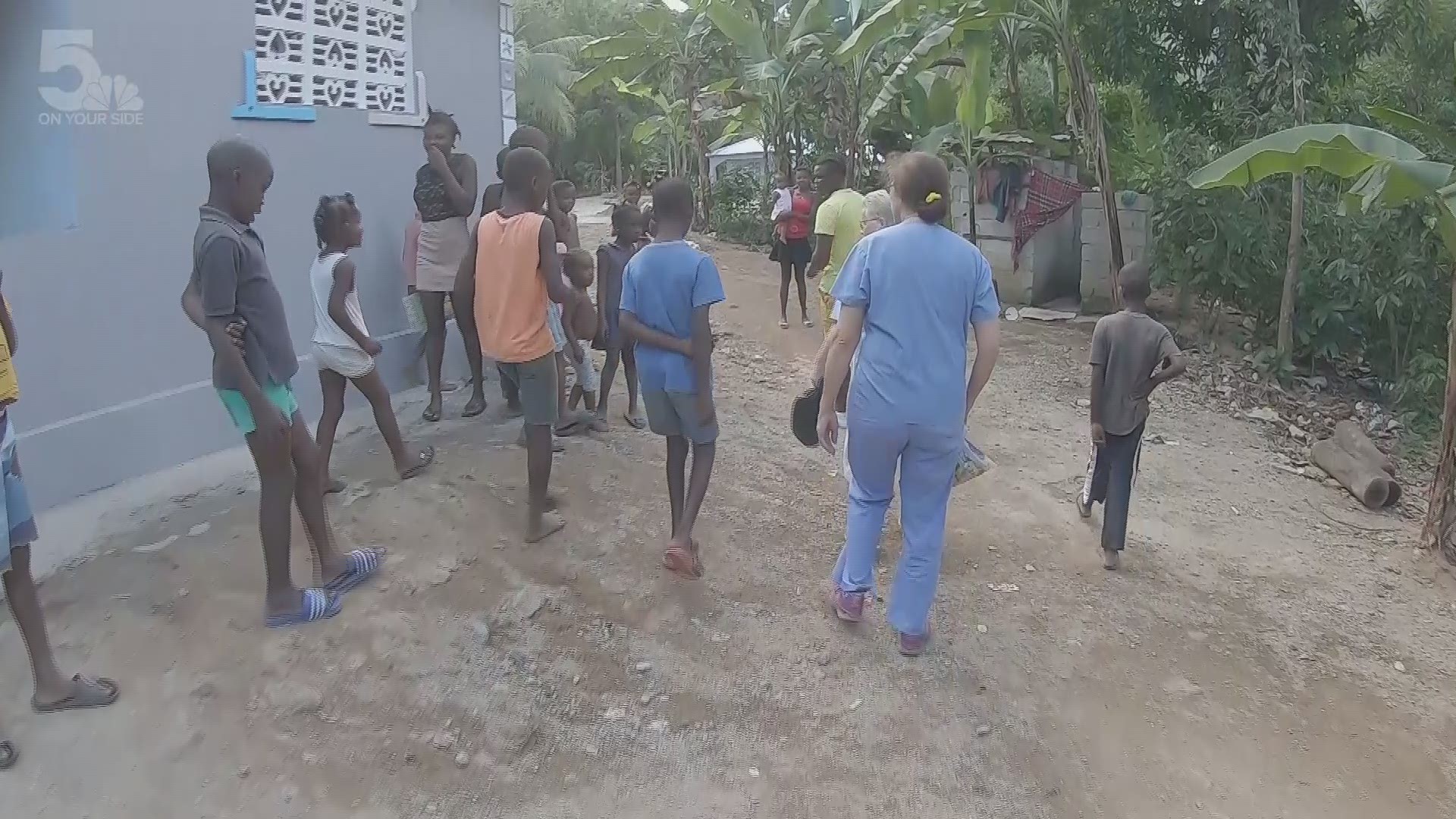 More from 5 On Your Side: