Jan Duffner of St. Peters has several allergies, including grass. 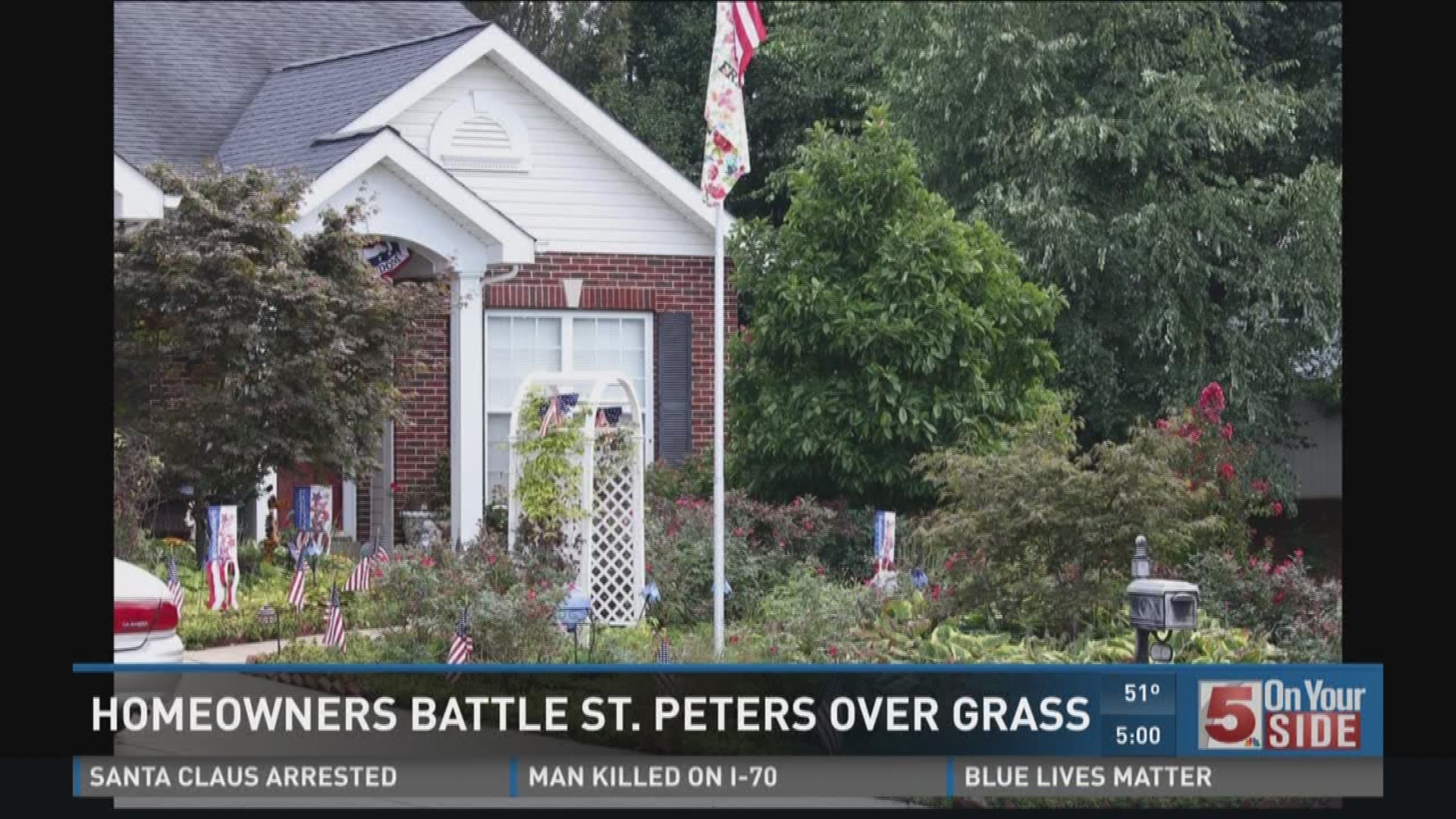 Jan Duffner of St. Peters has several allergies, including grass.

“I found out if I took grass out of my life that I wasn’t asthmatic,” said Duffner. “I could sleep through the night without gasping for air.”

That grass allergy is the reason Duffner and her husband Carl landscaped their front and back yards with ground cover, roses, hostas, and other plants. No grass for the Duffners even though all of their neighbors have conventional lawns.

In 2008, St. Peters passed an ordinance that local homeowners must plant at least 50 percent turf grass on their property and that eventually led to a legal conflict with the Duffners in 2014. Two years of state court cases failed to resolve the issue, so the Duffners and their attorney Dave Roland filed a federal lawsuit Monday.

“As we point out in the lawsuit, the Duffners are facing up to $180,000 dollars in fines, up to 20 years in prison, simply because they’ve chosen to plant flowers unstead of grass in their yard,” said Roland, who is handling the case on behalf of the non-profit Freedom Center of Missouri (mofreedom.org).

Wednesday is the Duffner’s 48th wedding anniversary and they didn’t expect their marriage celebration would overlap with a federal lawsuit about how they manage their lawn.

“I’m willing to go all the way to the Supreme Court,” said Jan Duffner, “because I don’t think anybody should be able to tell you what you can and cannot grow in your yard, especially if it’s harmful to you.”

Roland questions whether years of battling with the Duffners is a good use of taxpayer funds.

“Why does the city feel the need to fight for years, racking up no doubt thousands and thousands of dollars in legal fees that the taxpayers are having to pay just so they can force citizens to plant grass in their yard that makes them sick,” said Rowland.

St. Peters responded to NewsChannel 5 with a statement: “We received notice of the lawsuit earlier today and will be working with legal counsel to review the issues and consider all of our options in this case. The City of St. Peters follows all of the zoning ordinances and applicable laws and regulations of the State of Missouri pertaining to Cities of the Fourth Class.”