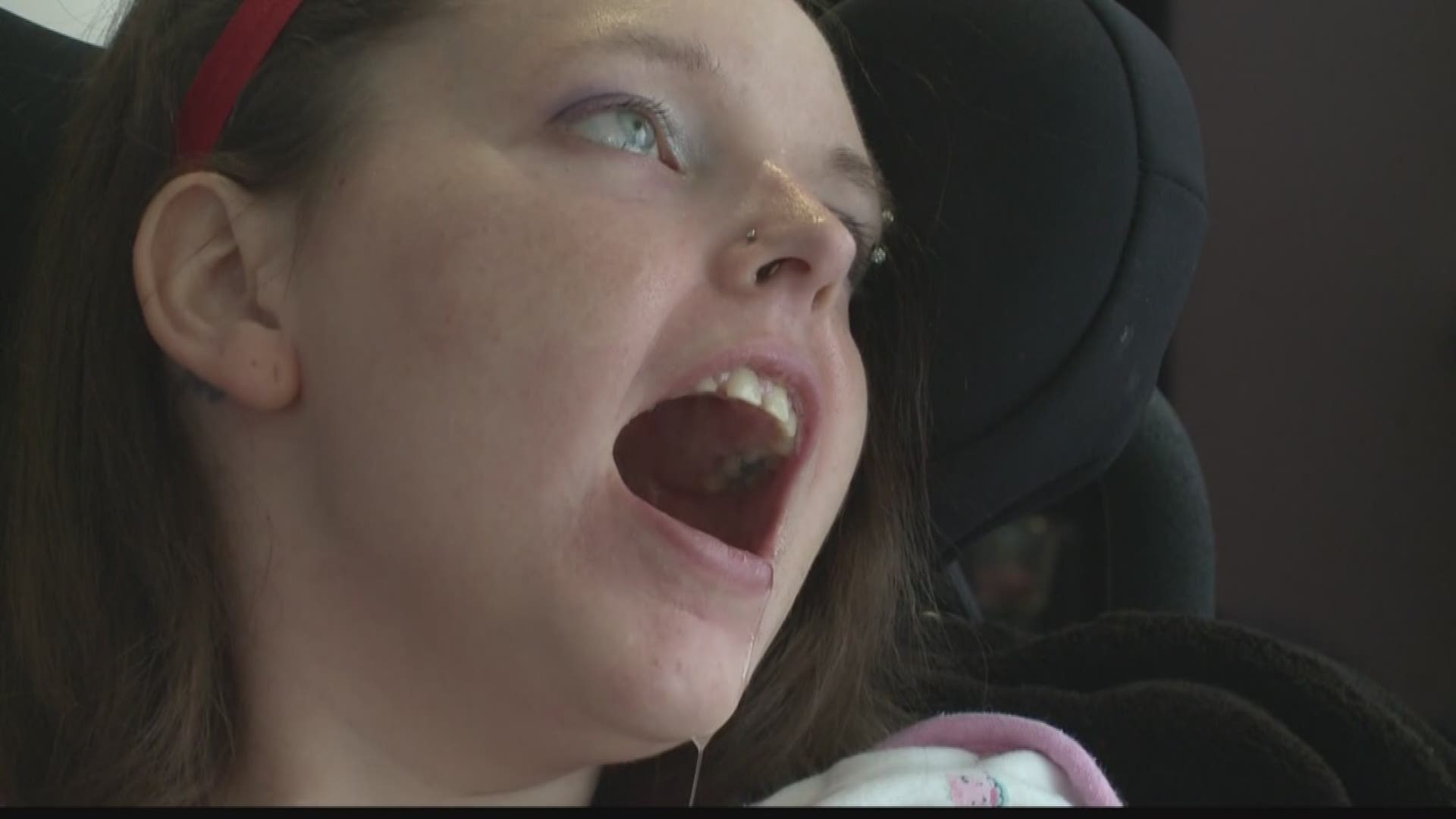 Prejudice, over a pedicure.

A St. Peters mother said her daughter was denied service solely because of her disability.

She claims it happened Thursday, July 26 at Q Nails on Jungermann Road.

"She likes to get out, she understands everything," Dorothy Mintner, Beth's mother, said.

Like most women her age, Beth Mintner loves a good afternoon at the salon.

"To feel pretty means a lot, to feel pampered, even more," Dorothy explains.

There's no question those type of activities have become harder since Beth suffered a traumatic brain injury in a car crash seven years ago.

"Pedicure is what she decided to do. It would have been her first pedicure since her accident, even," said Mintner.

Beth's friend, and nurse, Chelsea came along for the girl's getaway.

It's at that point, Dorothy said the manager of Q Nails approached them.

Dorothy said she could tell by Beth's face this whole episode was hurting her feelings.

"We were like, well we can get her in the chair, she’s perfectly able to get in the chair, and she was like no no no no," she explained.

5 On Your Side consulted with Paraquad, a disability advocacy organization.

Their legal director, Kim Lackey, said the salon has to comply with federal law, especially the Americans with Disabilities Act, Title III.

It says clearly. "Title III prohibits discrimination on the basis of disability in the activities of places of public accommodations."

We stopped by Q Nails to get answers.

The manager and part owner of the location in St. Peters declined to do an interview on camera, but confirms to 5 On Your Side, she did deny service to Beth because of her disability.

Her explanation - she thought Beth might have some sort of nerve problem and didn't want to hurt her further.

The owner acknowledges, there was a language barrier between Dorothy and herself, but that she doesn't feel like she did anything wrong.

We asked the owner if she asked Beth's mother about her condition, she admitted, she didn't.

Later in our conversation, the owner did apologize.

Dorothy said she wants much more than that.

"If you don’t understand something, instead of being afraid or, I’ll say downright nasty about it, all you have to do is ask," said Dorothy.

Dorothy is now taking her case to the Missouri Commission on Human Rights that can levy penalties against Q Nails, if they decided to take up and rule on the case.

The Paraquad Legal Director tells 5 On Your Side, their penalties usually aren't financial. They usually require businesses to create new policies or retrain their staff.