Father of four, Scott Beary was shot and killed after an argument over how heavy a dog could weigh, became physical. 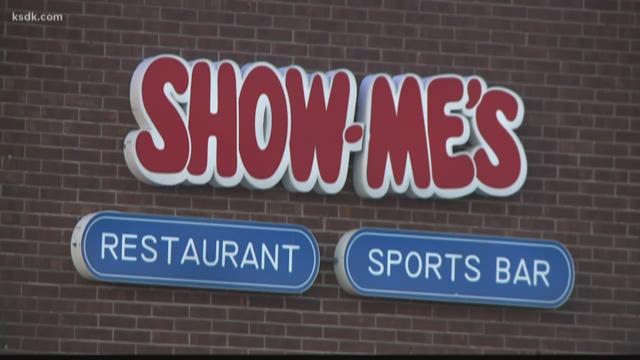 ST. LOUIS COUNTY – No charges have been filed in the Florissant shooting that left one man dead and one man injured.

The shooting happened Wednesday afternoon at Show Me’s Bar and Grill. Father of four, Scott Beary was shot and killed after an argument over how heavy a dog could weigh, became physical.

Friday afternoon, Prosecuting Attorney Bob McCulloch revealed, his office has delayed announcing whether or not he’ll prosecute the gunman because of the complexity of Missouri’s Stand Your Ground law.

We took our questions to a St. Louis University Law Professor, who’s done extensive research on Stand Your Ground laws.

Susan McGraugh said, Missouri’s version of the law is one of the broadest in the nation, and whether or not the gunman is charged, all depends on what investigators can prove happened inside that bar.

Eye witnesses said, Scott Beary and the gunman got into a heated argument over how heavy a German Shepard weighs.

The exchange turned physical when the unnamed gunman called Beary a derogatory name and the two men got into a fight.

“The state of Missouri has a very broad Stand Your Ground law,” said Susan McGraugh, a Clinical Professor of Law at St. Louis University.

McGraugh said the case hinges on what happened in that fight.

“The prosecutor would consider whether this is a reasonable belief that someone might be harmed,” she said.

McGraugh said, it really comes down to one section and one sentence of the law – that if the gunman “believes that such deadly force is necessary to protect himself against death or serious physical injury.”

“If it’s a situation where it’s very obvious that no harm can really come to the other party, then that belief in self-defense would not be reasonable,” said McGraugh.

Another important component of the law – you don’t actually have to be in danger, it just has to be the perception of danger.

“You can be wrong and still be protected by the Stand Your Ground law,” she said.

McGraugh explains that most of the time, the Stand Your Ground law is used for cases involving two individuals with weapons, but she can think of at least one other case where deadly force was allowed by a Missouri Court during a fist fight.

“Where the other person might be quite larger physically or more violent or have a reputation for violence and the person thinks they need to use deadly force in order to protect themselves from physical injury,” said McGraugh.

He told reporters, they are carefully reviewing surveillance video and witness statements to determine just what happened during that fight and what the law allows.

McColluch expects to make a decision on those charges by the end of next week.