A 150-yard stretch alongside Lemay Ferry Road doesn't have a wheelchair-accessible sidewalk. A man in a motorized wheelchair was struck and killed there on Monday. 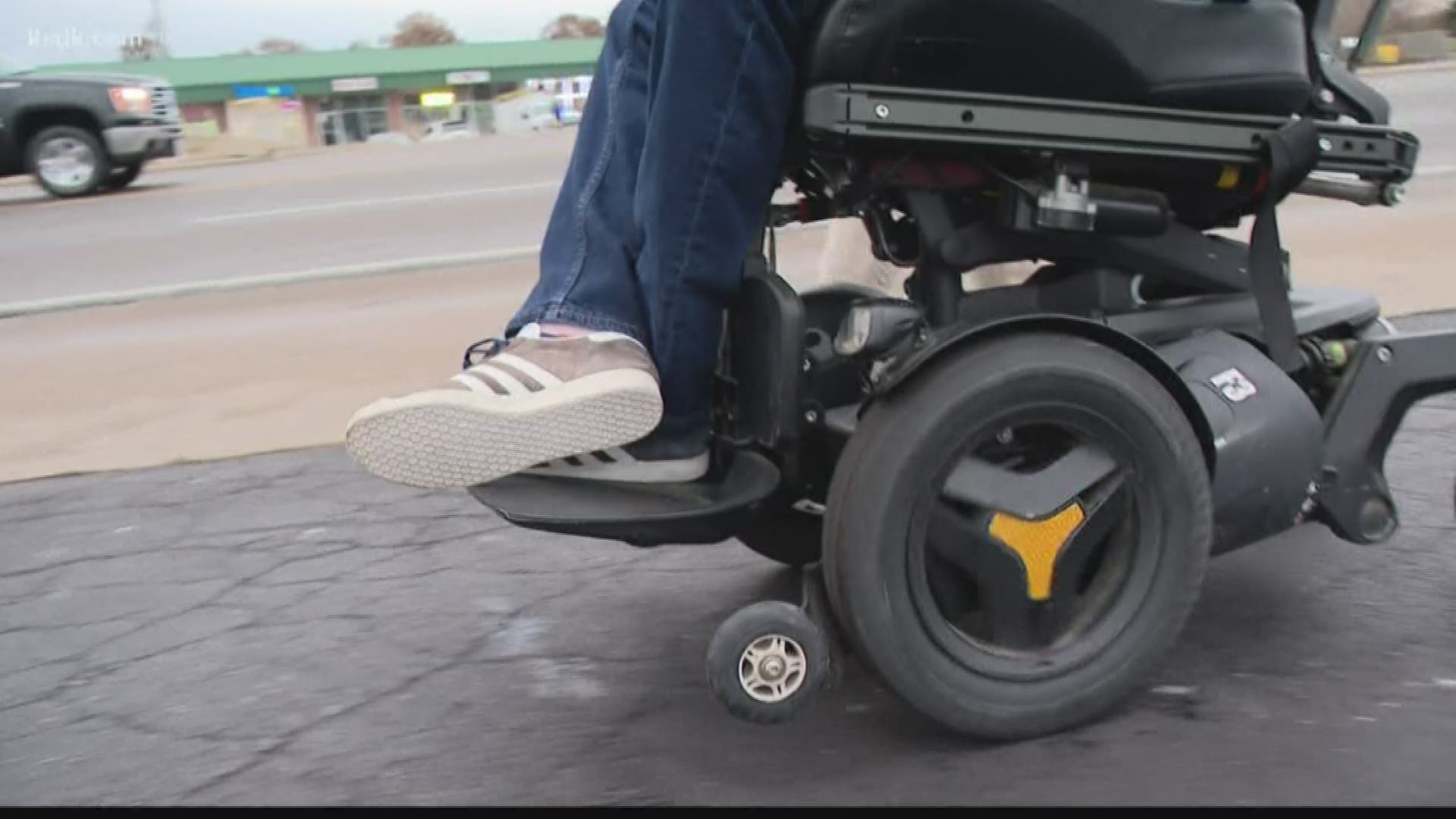 Earlier this week, a 64-year-old man was struck and killed while trying to cross Lemay Ferry Road in a motorized wheelchair on Monday.

The victim was identified as Sevkija Fernatovic. He was 64 years old.

Police said Fernatovic was trying to cross the street near Lemay Ferry Road and Victory Drive at around 6:15 p.m. when he was hit. He was taken to a nearby hospital where he was pronounced dead.

But 5 On Your Side has learned there may be a larger issue to blame.

About a 150-yard stretch alongside Lemay Ferry Road -- from the Move2Vapor store to Life Storage -- either doesn't have any sidewalk or has sidewalk too narrow to use a wheelchair.

That means most individuals who rely on a wheelchair must then travel out into traffic to get where they need to go.

"Try to get in and out as quick as you can," suggested Vagen, who has to do the maneuver quite often.

Vagen said he just wants to have the same access as everyone else.

"I don’t think wanting to get out and going to a store is too much to ask for," he said.

He hopes St. Louis County will do something about the dangerous stretch of road.

"It’s something I think that they know is a problem, but I don’t think they think is a priority," said Vagen.