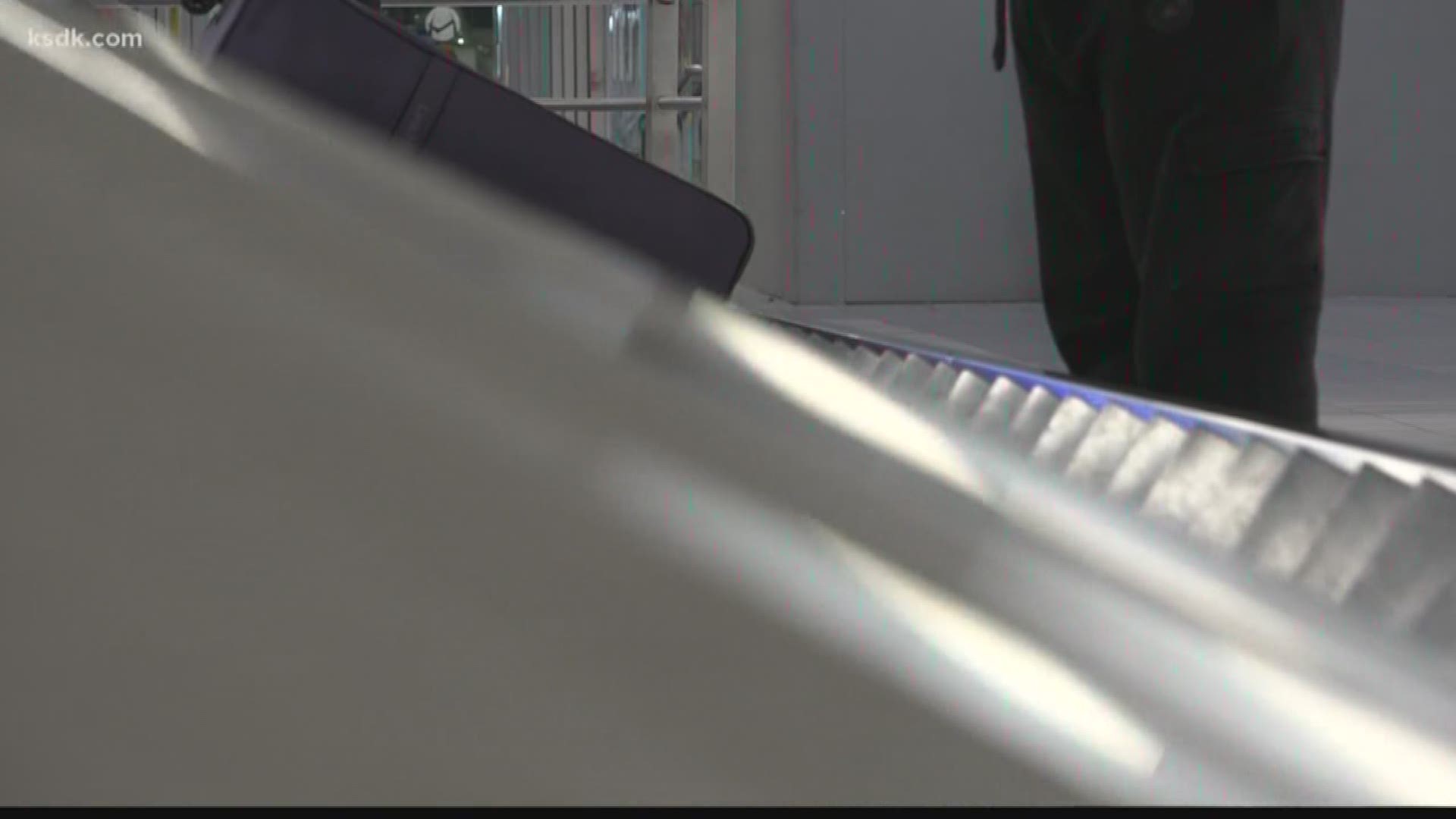 ST. LOUIS — Returning home after a Thanksgiving away, each bag sliding along the baggage carousels at St. Louis Lambert International Airport comes back with a new set of memories.

Even if it's not packed with the proper attire.

"I was asked to bring a coat because it is cold here, and they just got back from very tropical weather," Julie Meyer said as she picks up her best friend Karen Frahm from a cruise through the Panama Canal. "So that was my job: to pick up my friends and bring a coat."

Some vacations lasted just a little longer than expected when inclement weather across the country caused delays.

"We were very fortunate because we saw how many people were getting bumped off [flights]," Sara Butler said.

"It’s been good, but it is always sad when you have to leave," Chrya Sanderson said as she arrived at Lambert after reconnecting with longtime friends.

While William Sanderson said they kept on top of the forecast with their smartphone app, the weather at another altitude caused him the most concern during his St. Louis visit.

"We got to go up in the Arch, and they didn't tell me that it would sway when I got to the top," he said with a laugh.

The Sandersons are now home headed to the appropriately-named North Pole, Alaska (a real place!) where a little snow is only natural heading into the next big holiday.

"Nothing that we couldn't handle as former Alaskans and current Alaskans," friend Derek Murray said.

Back down by baggage claim, delayed passengers are dashing off, hoping to pull up their reindeer-less cars before the stores close.

"Because we were delayed, there has been a big question about whether I can make it or not on time," Butler said. " So I guess I better go."

RELATED: Where to see holiday lights in St. Louis