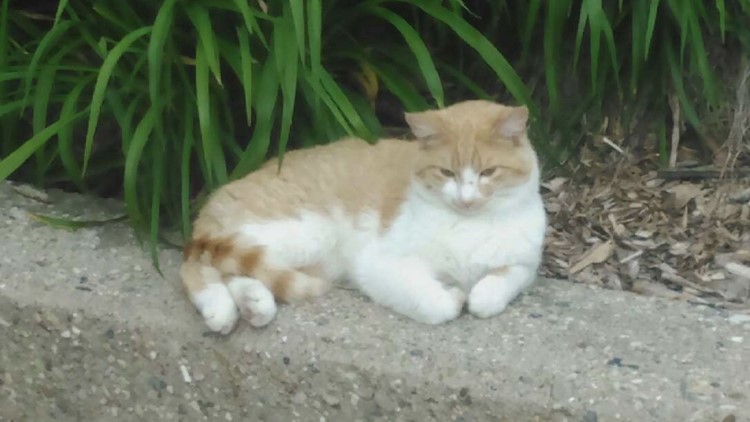 SPRINGFIELD, Ill. — On the University of Illinois campus in Springfield, the future of feral cats has become controversial. UIS administrators have warned employees and students to stop feeding the cats or face disciplinary action including facing law enforcement and job termination. It’s estimated there are 30 campus cats.

“I got sat down for my official verbal warning. I was caught feeding feral cats on campus,” said UIS food administrator Michael Saltsgaver, “and I was told that I will have progressive disciplinary actions up to and including termination if I didn't stop feeding the cats.”

Saltsgaver and his wife Carol, a UIS mathematics instructor, have been spending their own money to feed the cats.

“From what we've been told, the cats have been on there for over 30 years. Over the past few years the population of the cats has increased,” said Carol Saltsgaver. “They didn't consult with anybody. They didn't ask the faculty, staff, students, anybody, like for their input before they created this policy. They just said, ‘here's our policy. You don't like it, too bad.’”

In a letter received by the Saltsgavers ordering them to stop feeding the cats, the administration stated the cats are not socialized and posed a threat if cornered. The letter said the rising number of cats could increase rabies, fleas, lice, and ticks. A UIS spokesman said putting out food for feral cats can attract other animals like opossums and skunks which could bite or spread disease.

A local animal expert disagrees with some of the administration concerns. The Animal Protective League of Springfield was coordinating a program to trap, neuter, and vaccinate the UIS cats, then releasing them back on campus. APL clinic manager Sarah Moore said the university ordered the APL to stop doing trap, neuter, and return.

“You're more likely to get sick from your own pet cat than you are from a feral cat because the cats are not going where people are going,” said Sarah Moore, the APL clinic manager. “But if you're not doing trap, neuter, vaccinate, return, the cats are not coming in and being seen by a vet. They're not getting vaccinated.

“We strongly support trap, neuter, vaccinated, return. We feel that that's very important for managing and stabilizing community cat populations. So the cats get fixed. They get vaccinated so that they're healthy, they go back to their environment and eventually the numbers dwindle through attrition, but because the cats are vaccinated, they don't present a public health hazard.”

Moore also said organized feeding of the feral cats during the day would limit attracting other animals which tend to be nocturnal when searching for food.

Cats caught in UIS traps are taken to local animal control, which often leads to euthanization because feral cats are not considered suitable house pets.

But the Saltsgavers, self-described cat people, have nine cats, including three feral cats they adopted from the UIS campus.

An online petition to UIS Chancellor Susan Koch has collected more than 1800 signatures to allow the campus cats to remain.