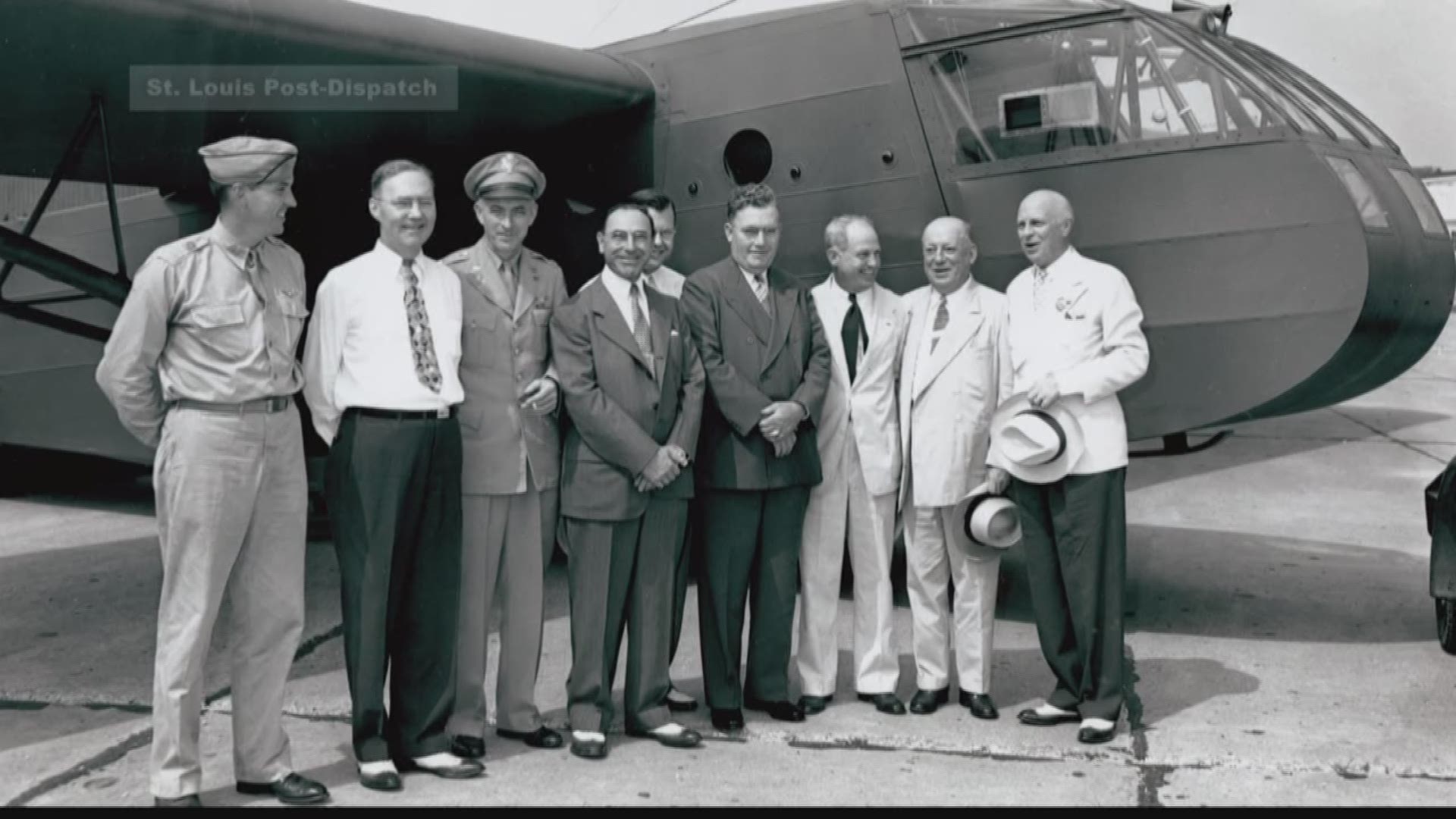 ST. LOUIS — One of the worst air disasters in St. Louis history happened 75 years ago, August 1, 1943. Among the ten people who died, St. Louis’ mayor, William Becker. Thousands gathered at Lambert Field for a demonstration of the CG-4A military troop and cargo transport glider, was 5-year-old Bob Cieslak.

“My parents and I went out to St. Louis Lambert Field because they had a large air show out there and there were thousands of people out there,” recalled Cieslak. “They were going to preview the flight of a glider they were making in St. Louis by the Robertson Aircraft Company and this was supposed to be a preview flight to let the St. Louis people see what they’re doing for the war effort.”

World War II was underway, the disposable gliders were designed to silently deliver manpower and large equipment behind enemy lines. The CG-4A glider was used during the Normandy invasion. St. Louis-based Robertson Aircraft was one of several companies with government contracts to build the glider.

VIP’s for the Lambert Field demonstration flight included the St. Louis mayor, a judge, a member of the Chamber of Commerce, and the head of Robertson Aircraft.

“As soon as it left the ground it went right over the crowd and I remember distinctly the sound of the glider as it came over, like a whistling sound, the wind was coming through it like a whooooosh,” said Cieslak, who lives outside Atlanta. “As soon as the tow line was released from the glider, the first thing I remember seeing was the glider made a pitch up. The right wing folded over and buckled over, and just left the airplane completely and that glider just went straight down to the ground and hit with a thump. No explosion, no fire or anything. It just hit with a thump.”

Ten died from the crash and among the victims were St. Louis Mayor William Dee Becker; Thomas Dysart of the St. Louis Chamber of Commerce; William Robertson, president of Robertson Aircraft and co-founder of Lambert Field; and St. Louis County Judge Henry Mueller.

Cieslak said his parents tried to explain what they had witnessed in a way a 5-year-old could understand.

“Being at a young age, it was the first tragedy I’d ever seen, so this is just embedded in my mind forever, for the rest of my life.”

Cieslak became a pilot and design engineer at McDonnell Douglas for the space program. The military grounded the glider while the crash was investigated. A defective wing strut provided by a subcontractor caused the crash and Robertson Aircraft was indicted for lax quality.