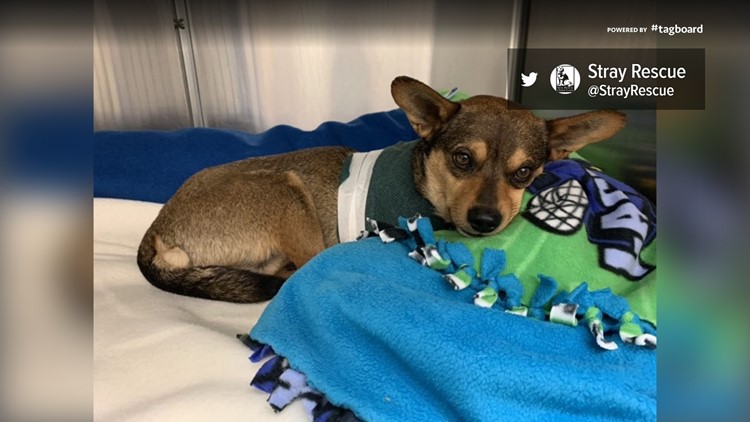 Stray Rescue thought this dog had been hit by a car. X-rays revealed something else

ST. LOUIS — A dog is recovering from what appears to be a gunshot wound, according to Stray Rescue of St. Louis.

The animal rescue group first posted about the dog now named Tyson last Thursday. Someone brought them the dog and said it had been hit by a car a few days earlier. However, x-rays later showed his wound was from a gunshot and his shoulder was full of shrapnel.

"Why on earth someone would shoot this small, sweet dog we’ll never know," Stray Rescue shared on Facebook.

Tyson had bones exposed, was covered in fleas and had blood in his lungs.

Veterinarians rushed him into emergency surgery to amputate his leg and shoulder. Stray Rescue said the surgery was long and difficult, but he did great and is now recovering.

"Tyson is on pain medications and is still doing great! He has drains in to keep his incision site clean and infection free. You’re doing great, buddy!" Stray Rescue wrote Sunday morning.

Anyone interested in donating to Stray Rescue to help cover Tyson’s care can click here for more information.