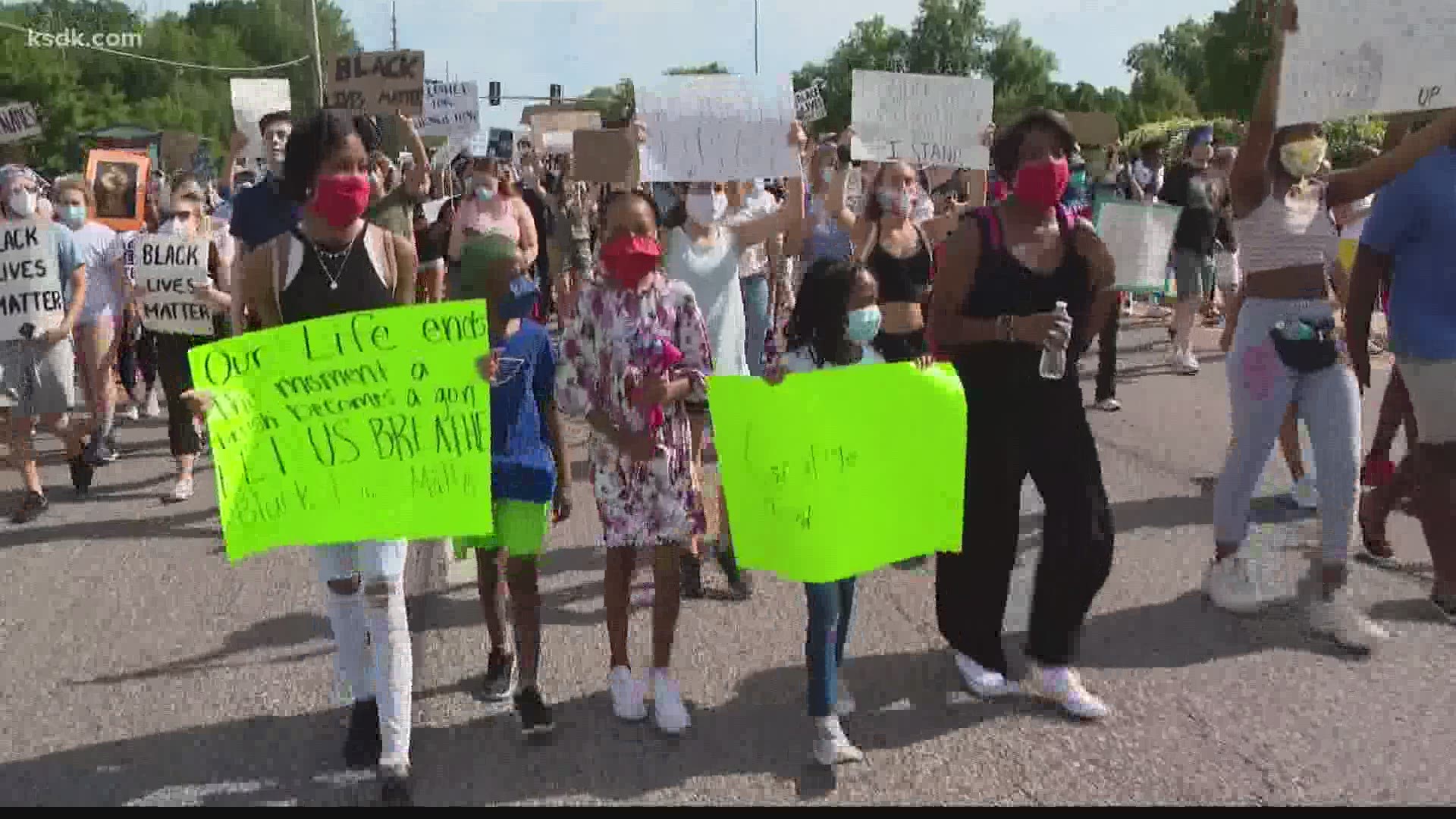 LADUE, Mo. — On a sweltering, summer-like day, a sea of protesters pounded the pavement and marched through the streets of west St. Louis County.

Their messages were loud and clear.

"Yes, it's necessary for us all to be out here. I want to say to the police, stop murdering people in the street, " Kyle Stradtman said.

"We believe very strongly in the messages being said," west county resident Gary Burger said, who stood on Clayton Road with his two-year-old son and watched the long line of protesters march down the streets.

Parents with their kids, high school and college students, business owners, clergy members and more joined the cause. It was a group of several thousand strong, all outraged after 46-year-old George Floyd died while in police custody last Monday in Minneapolis.

"They should not have done that to him and I wanted to protest today," the second grader said.

The St. Louis protesters stood in solidarity with protesters across the country demanding justice for George Floyd and pleading for an end to racism, racial injustice and police brutality.

"We need reform and change, " added Kyle Stradtman as he held on tightly to a huge American flag.

Several miles into their march there were two powerful moments.

The protesters and a police officer took a knee and knelt down in the middle of an intersection.

"The change has to start with the police department and then go to the government," 18-year-old Ladue High School graduate and Speak Truth To Power leader, Victoria Neal said.

"There's no difference because of the pigment of our skin. It's very unfortunate that in 2020 we have to come out in the streets to express ourselves," Brittany Woods said.

Police tell 5 On Your Side the protest was indeed peaceful the whole way through. 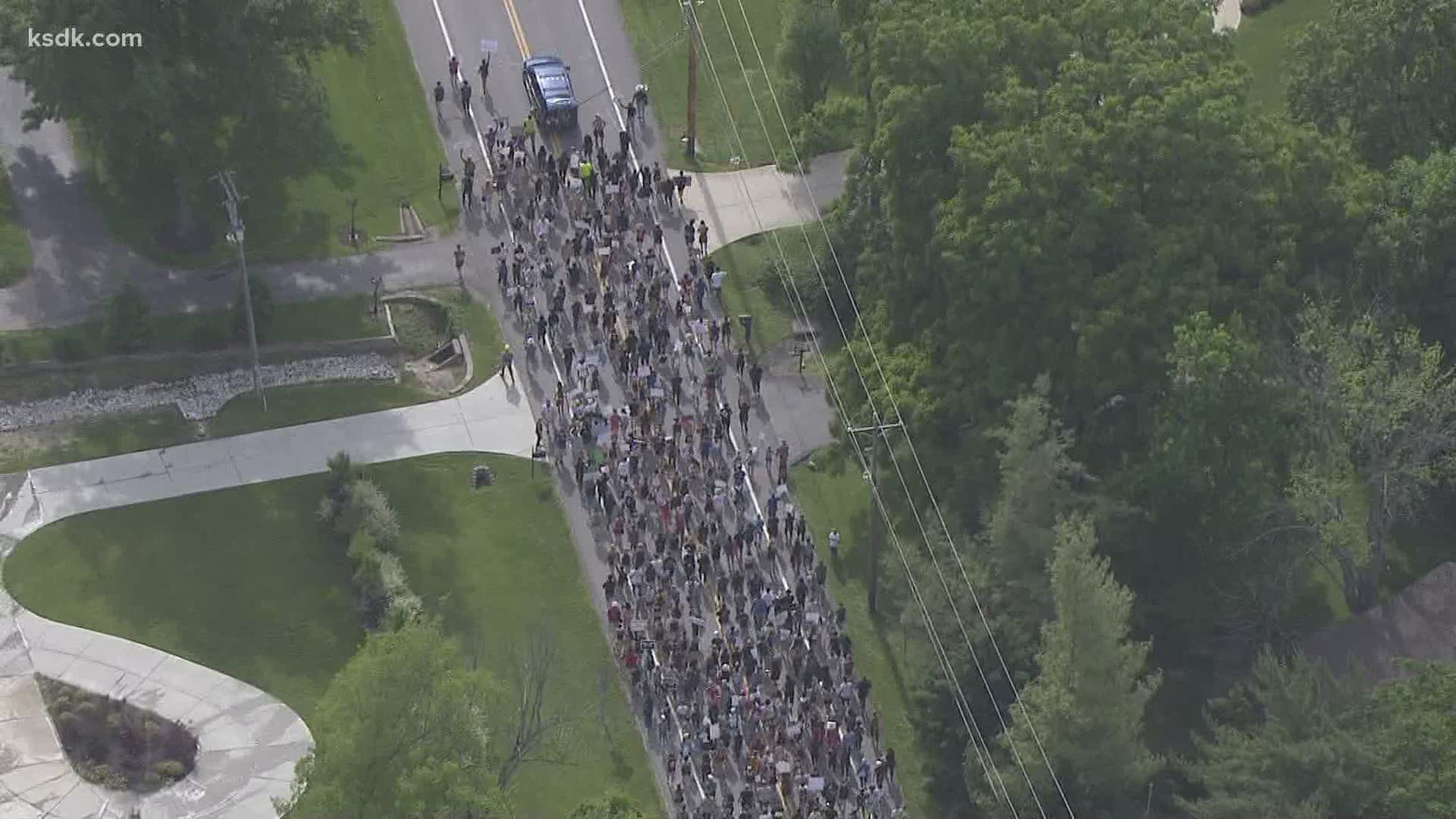 RELATED: Protesters in The Grove march against injustice for black transgender people