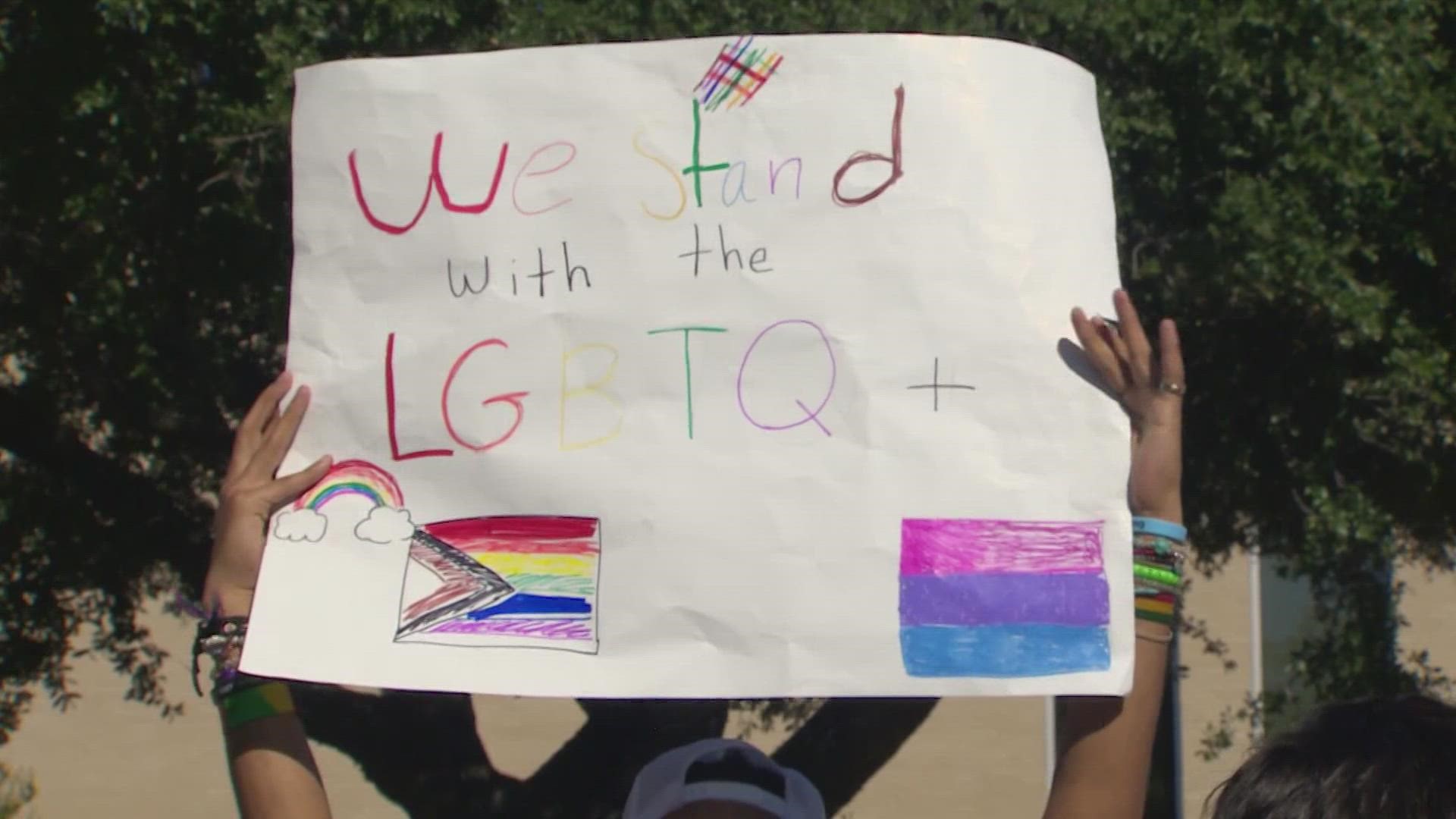 IRVING, Texas — Hundreds of students walked out of MacArthur High School on Wednesday in protest after teachers were allegedly forced to take down "safe space" stickers on their classroom doors.

The students could be seen walking onto the school's football field and around the building during the afternoon.

Students told WFAA that two teachers who sponsor the school's Gay-Straight Alliance Club handed out "safe space" stickers to all teachers for them to put on their doors if they were comfortable having discussions with students who identified as LGBTQIA+.

Students said the stickers were put up on many teachers' doors last year and this school year.

But last week, students said they began noticing the stickers were being removed from the classroom doors by the administration.

The school has a new principal this year.

At least one of the teachers who helped spearhead the effort has also not been at school since last Thursday, Sept. 16, according to students.

One of the teachers, Rachel Stonecipher, spoke to WFAA about Wednesday's walkout.

“There’s a lot of hurt, confusion, and fear from students who feel like the administration has a problem with them for being LGBTQ+,” Stonecipher said.

“It was emotionally terrible for them," she added.

In a statement, Irving ISD said district policy does not allow teachers to use classrooms to "transmit personal beliefs regarding political or sectarian issues."

"To ensure that all students feel safe regardless of background or identity, the district has developed guidelines to ensure that posters, banners, and stickers placed in classrooms, hallways, or offices are curriculum-driven and neutral in viewpoint," the district said in the statement.

The district did not comment on the status of the teachers involved.

“These aren’t political stickers, they are merely a signal that a teacher has the confidence to have conversations with LGBTQ+ students," Stonecipher said.

Irving police were at the school during the walkout as an added presence.

"We have extra resources deployed at MacArthur HS to maintain a safe environment for all," Irving police tweeted.