They're back: Stunt bikers return to St. Louis for annual Ride of the Century

The event caused quite a buzz last year when illegal stunts and road rage incidents were caught on camera.

ST. LOUIS — Hundreds of stunt motorcyclists have converged on downtown for this weekend's 17th annual Ride of the Century.

Motorcyclists from all around the country come to St. Louis for the ride every year, hosted by the St. Louis Streetfighterz.

Some riders who do illegal tricks on the highways and streets have given the ride a bad reputation. Every year, police increase enforcement on the route areas. In 2018, several videos of illegal stunts and road rage incidents were cycled through social media, including cell phone video of a biker punching a man in downtown St. Louis. 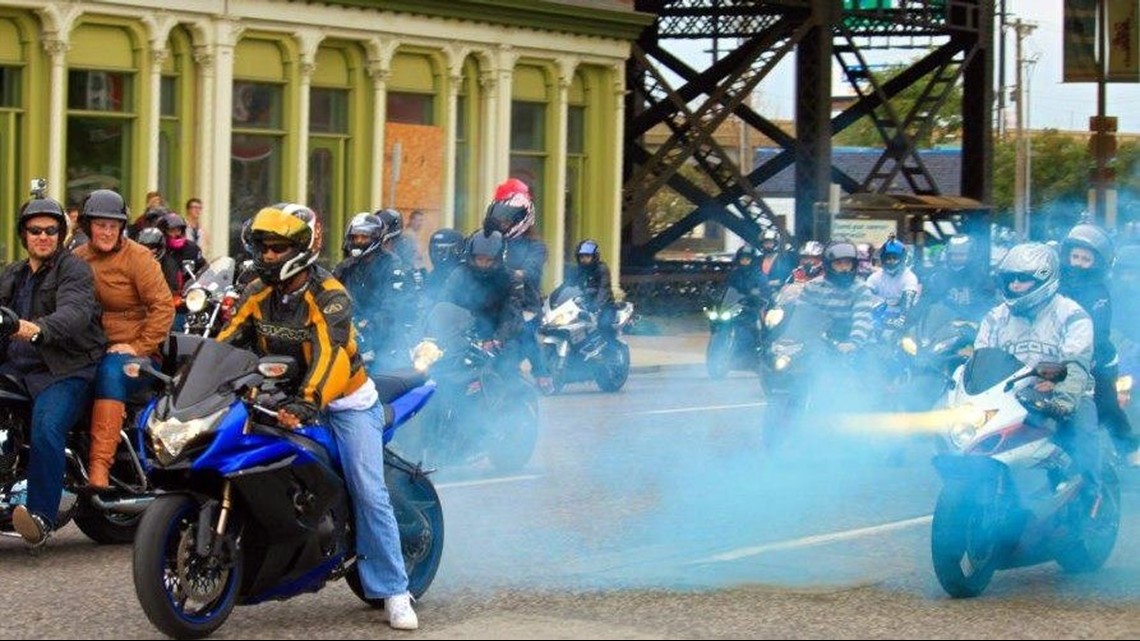 Road rage incidents caught on camera at annual Ride of the Century
ST. LOUIS - The Streetfighterz held the 16th annual 'Ride of the Century' in St. Louis on Saturday. Some call the St. Louis Streetfighterz, 'The Adrenaline Kings of Social Media,' where they have more than 140,000 Instagram followers. The group is a St. Louis motorcycle stunt team formed by three close friends back in 1999.

"REMINDER: operating ATVs on City streets & recklessly driving motor vehicles (incl. motorcycles) is against the law," the St. Louis Metropolitan Police Department posted to Twitter on Thursday. "Violators are subject to arrest & the towing of the ATV/motorcycle."

The Missouri State Highway Patrol told 5 On Your Side they had no special operations planned but would enforce any violations they see as usual.

St. Louis police announced in May that they would be cracking down on unlawful operating of ATVs. Since then, the department said eight arrests have been made.