Some of Command Sgt. Major Tom Satterly's missions made international headlines and became an award-winning movie. Now he is fighting a new battle to help his fellow veterans. 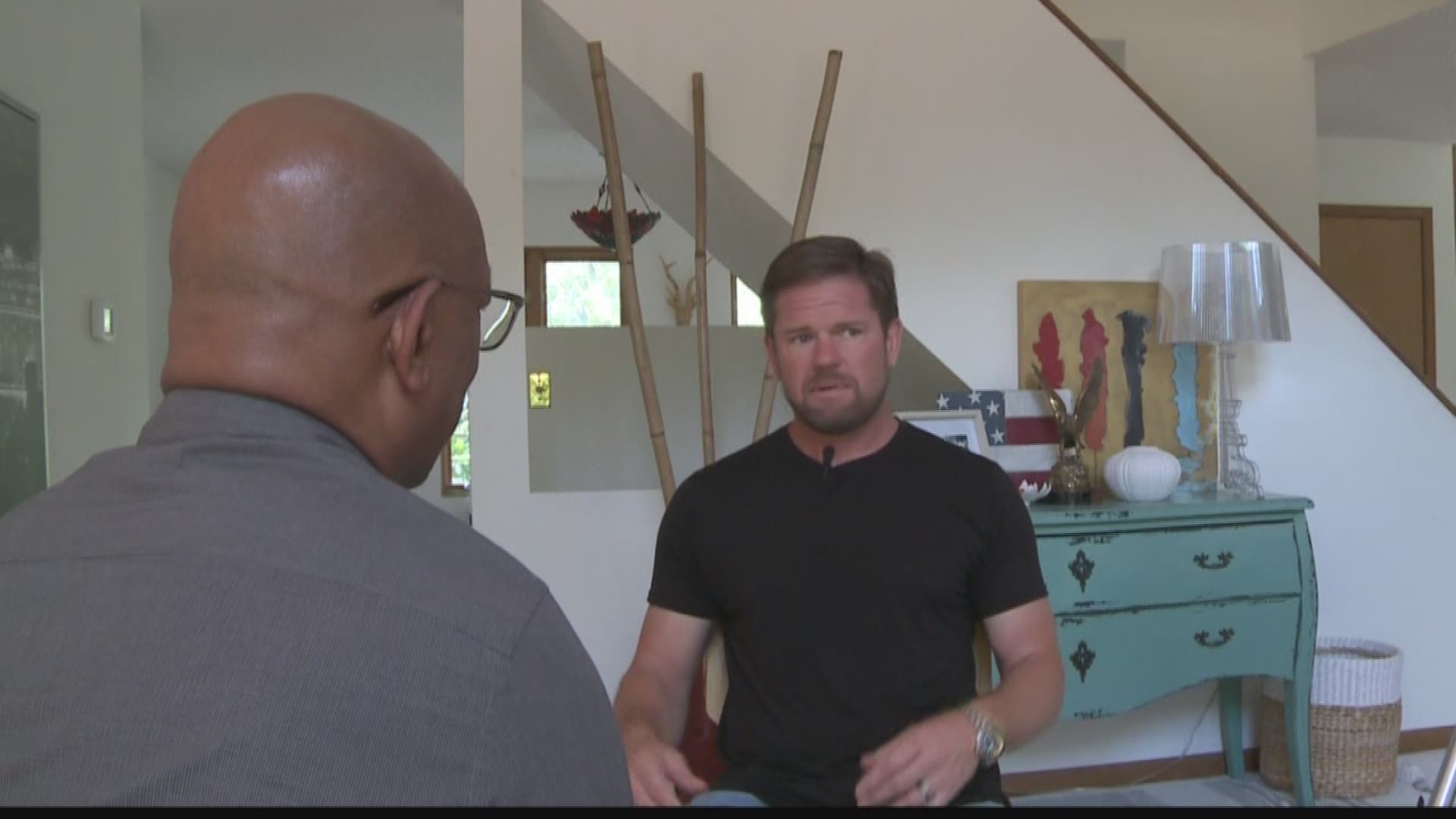 SUNSET HILLS, Mo. — For 20 of his 25 years in the military, Command Sgt. Major Tom Satterly of Sunset Hills was a member of the elite Delta Force. Some of his secret missions made international headlines and got the attention of Hollywood.

“I remember hearing an RPG launch,” recalled Satterly. “It’s like a boom, then a whoosh, then another explosion. And you look up and you see a helicopter spinning out of control overhead and you knew that mission had just changed.”

Satterly was remembering his very first Delta Force mission October 3, 1993, which inspired the Academy Award-winning movie “Black Hawk Down”. It was supposed to be a one hour mission: capture a faction leader, Mohamed Farrah Aidid, who had declared himself president of Somalia and declared war on United Nations personnel.

Shortly after the assault began, Somali militia and civilian fighters shot down two Black Hawk helicopters. The operation to recover the crews of both helicopters resulted in an overnight standoff with a number of casualties.

“The helicopter is flipped over. There were pilots trapped underneath, so we couldn’t leave. We couldn’t leave without getting the bodies out, and we couldn’t lift the helicopter and we were under heavy fire the entire time,” said Satterly. Thank goodness for the little birds (helicopters) which kept the thousands and thousands of Somalis from coming up on us, ‘cause we ran out of ammo, ran out of water. It started to get dark.”

18 U.S. forces died during the overnight firefight and 73 were wounded.

“You could hear the convoy through the city trying to make their way to us and they kept getting turned around, shot up, people getting injured and wounded all night long, so that one-hour mission turned into an 18-hour firefight. At the time it was the longest sustained firefight since Vietnam,” said Satterly who remembered a close call. “One of the guys attached to our team jumped out and grabs me and shoves me in between two walls, like a little alleyway, right as an RPG hit. He didn’t do it because of the RPG, he had no way of knowing. It was just timing and luck.”

Ten years later in 2003, Satterly was involved in another headline-grabbing Delta Force mission: the capture of Saddam Hussein.

“Taking out the leader is symbolic at best, especially one that’s in hiding,” said Satterly.

During 20 years as a member of Delta Force, Satterly was involved in hundreds of missions. Satterly also describes his personal, silent war with depression and post-traumatic stress disorder.

“Heavy drinking. Heavy drinking all the time, a functioning alcoholic,” said Satterly. “I thought I was hiding it from everybody and I was hiding a lot of it, and then I started getting more and more depressed. You manage it because you’re in, you’re active, you’re in shape, you’re working with the people who were there with you.”

Five years ago, after retiring from the military, Satterly reached the breaking point while sitting in the front seat of his vehicle.

“I sat there with my gun in my hand and I was wondering, no note, no nothing, just, ‘I’m gonna do this,’” said Satterly. “And my phone vibrated and it scared me. It was a text from one of the film crew. ‘Hey where you at? What’s up? Everybody’s waiting for you.’”

The text was from a photographer he knew, a contractor who was shooting video of special forces personnel and equipment for the military.

“She paused me long enough to not make that mistake and then I told her about it months later and she made it her mission to start figuring me out and getting help and we started dating,” said Satterly.

Tom and Jen Satterly are now married and Tom credits her for saving his life.

“I was shocked because Tom was very charming and and outgoing and did a really good job of masking his PTS symptoms,” said Jen Satterly. “I think I asked him three times, like ‘really? Are you sure? You were really going to do that?’ It seemed really unbelievable.”

Jen Satterly quit her photography job and went to school to learn more about mental health in order to understand Tom’s mental and emotional pain. She also came in contact with other special forces military personnel and realized many of them were struggling.

Two years ago, the couple started All Secure Foundation to help veterans deal with a variety of issues typical for retired military, from depression to marriage struggles.

“I won’t turn a phone call away,” said Tom Satterly. “We’re not counselors. The first thing we’ll tell you is go get help immediately. Call 911. But if you’re just in that state of ‘I’m confused. I’m angry. Why am I always this? Why am I always that?’ I can help you with that.”

The Satterlys said that 22 military suicides a day are too many, and hope their foundation will become part of the solution.

“It’s OK to go talk to somebody,” said Tom Satterly. “It’s OK to admit you feel weak, and it’s not weakness. You feel weak. It’s a strength to admit that you’re weak and you need help.” 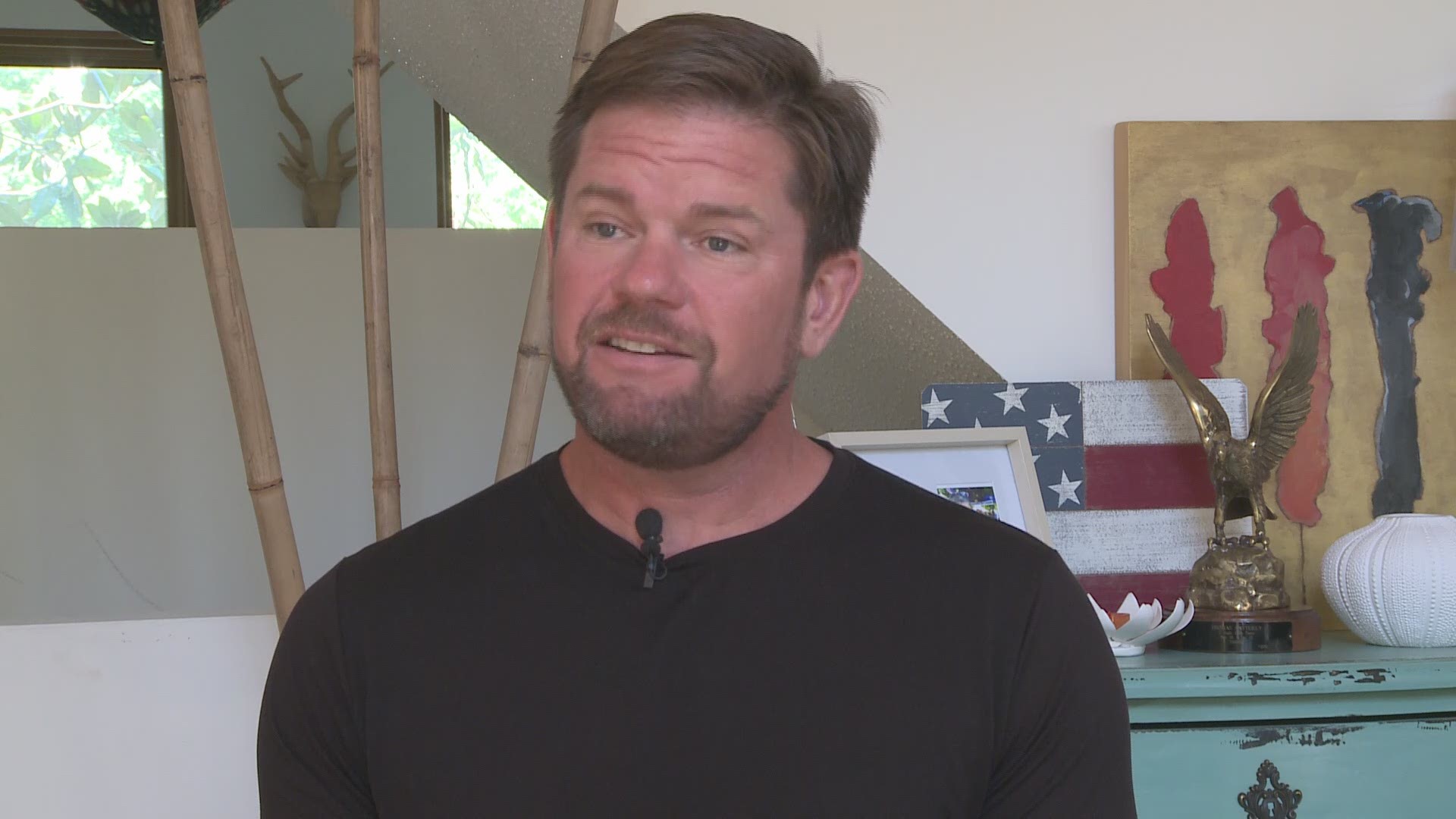