It's an act that's usually reserved for bathrooms, but this guy decided he didn't need that privacy. 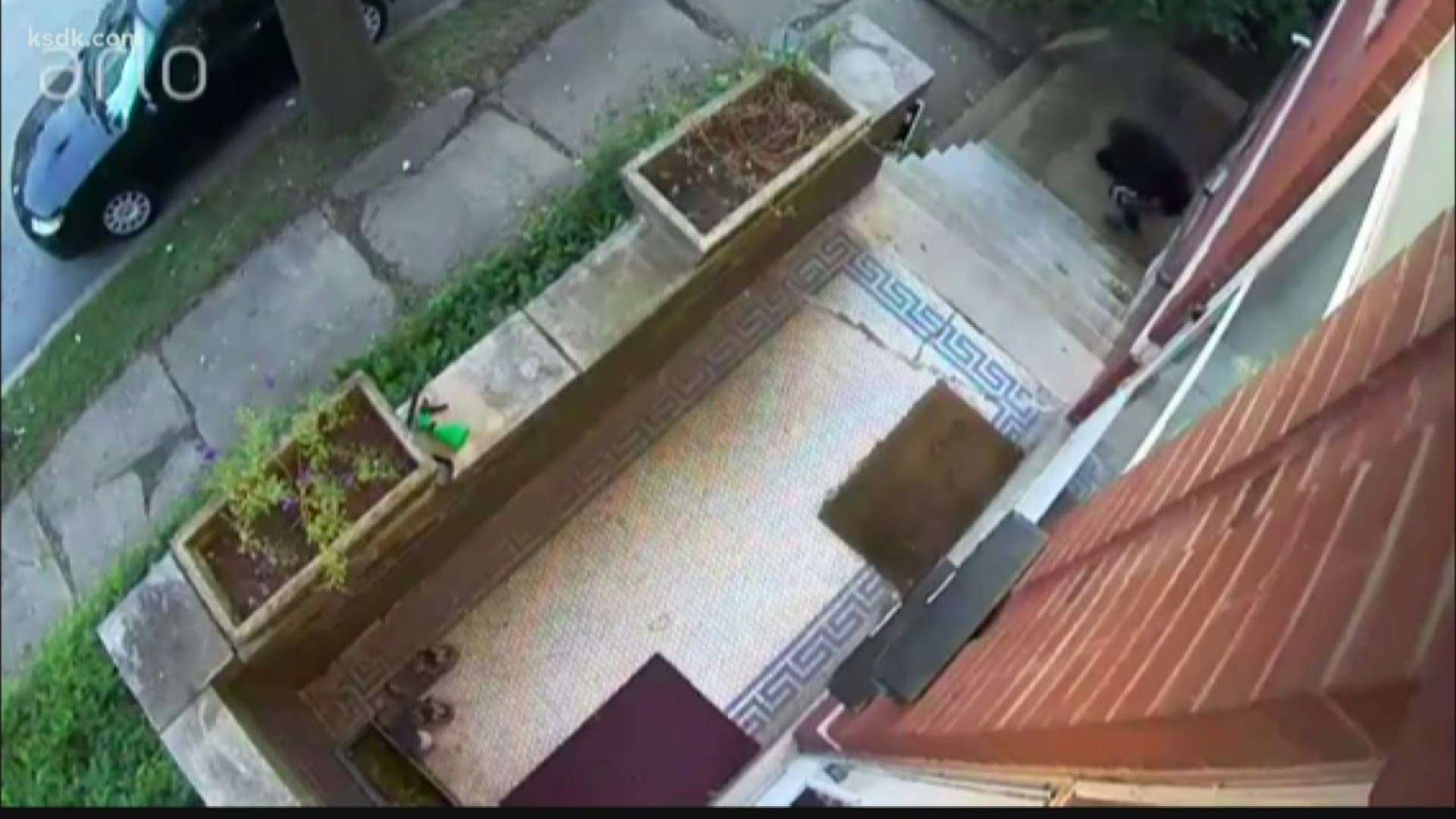 ST. LOUIS — We've told you countless times about porch pirates but now a new porch invader has people on the lookout.

This one is known for what he leaves behind and not what he takes.

"I've seen a lot, but other than animals that's a new one," said Angela Sanders.

It's an act that's usually reserved for bathrooms, but this guy decided he didn't need that privacy.

"We woke up in the morning, my boyfriend and I, to a text letting us know somebody had defecated on our porch," said Mary Hatches.

The dirty deed unfolded near the corner of Taft and Compton in St. Louis Sunday evening.

The poop perp was caught on camera in front of the home Mary Hatches rents.

"So I took a look at it and thankfully it cut off where I was comfortable anyway and most people would be as well," Hatches said.

In the video, the man appears to be holding a second pair of pants as he walks past Hatches' home to the bottom of the porch where he squats then proceeds to poop.

"One day I'll laugh, I'm just not there yet," Hatches said.

Not yet finding this funny, Hatches posted the video to Facebook in hopes of finding the man she calls the porch pooper.

"A lot of people have said, 'You know, this is not something that's unique, maybe I've seen this in the community before and maybe people just don't have the resources that they need.'"

She's hoping the video will serve as a wake-up call. She worries he may be homeless.

"If we had 24-hour, walk-in shelters things like this might not happen, and if it was not personal, I completely feel for people. You know, if you gotta go you gotta go."

Angela Sanders lives down the street and has a surveillance system of her own.

She's hoping no one tries to re-enact this video on her property.

"I hope it's a one-time thing but I might keep my nose aware just to be sure, it's gross," Sanders said.

Mary said she did not file a police report.

She's simply hoping the person finds another place to poop next time.

RELATED: Evening storms cause more than 20,000 outages, dangerous heat to return after storms

RELATED: Man arrested, accused of shooting at car on I-64 in Town and Country road rage incident