Tent encampments remain in downtown St. Louis despite order from the city

Friday morning, ArchCity Defenders filed an emergency lawsuit and applied for a temporary restraining order to stop the displacement of the people in the encampments 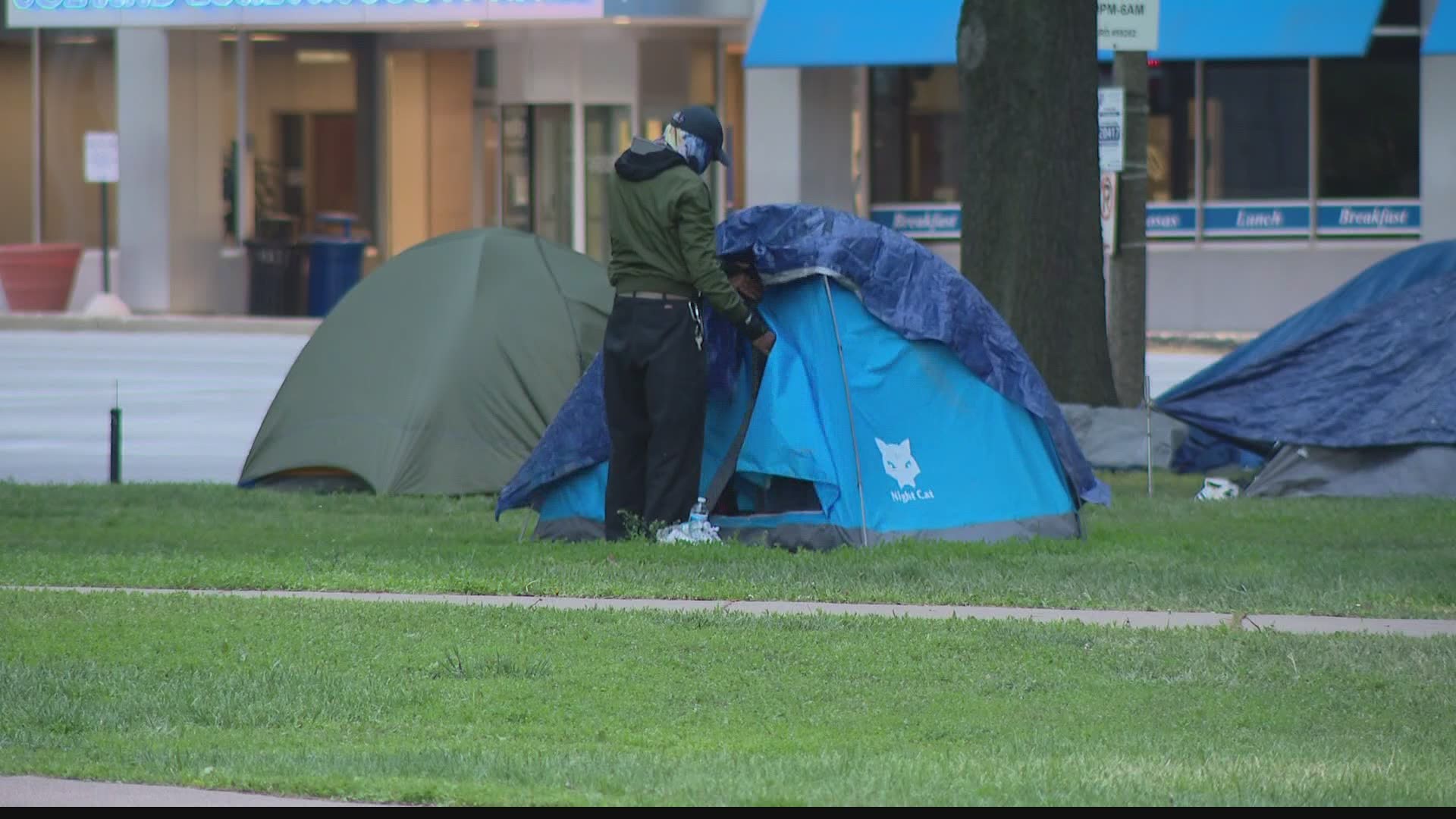 ST. LOUIS — Two tent encampments in downtown St. Louis remained in place Friday night, more than 12 hours after the city's deadline for the people staying there to leave, as a judge considered a lawsuit filed to allow the camps to stay.

The City of St. Louis ordered the people living in the encampments along Market Street, across from City Hall, to be out by Friday at 10 a.m.

During a news conference earlier in the week, Mayor Lyda Krewson said the camps are illegal and create a dangerous risk of the spread of the coronavirus.

"This is a pretty serious health threat to have these individuals mixing it up, not practicing social distancing, living in this group situation,” she said.

Krewson said the city has been reaching out to everyone in the tent encampments to persuade them to go into the housing the city has available for them.

"There are now sufficient shelter openings for the 50 or so individuals who remain living in the encampments downtown. For their health and safety, and for the health and safety of the broader community, the City will continue to have safe and secure shelter available for these individuals," the city posted on its website on April 29.

However, people staying in the camps and their advocates are not convinced there is sufficient shelter.

"This was a problem before COVID happened in the last six months, and now it's becoming an even bigger issue. The problems are exacerbated, and we have more and more people unemployed, more and more people becoming un-housed, and so the need just continues to grow," said Anthony D'Agostino, chief executive officer of the St. Patrick's Center.

Friday morning, ArchCity Defenders filed an emergency lawsuit and applied for a temporary restraining order to stop the displacement of the people in the encampments.

According to a news release from ArchCity Defenders, this is the second time the organization has filed an application for a temporary restraining order and lawsuit against the City of St. Louis on behalf of people who are unhoused.

Advocates told 5 On Your Side outreach workers provided the tents for the homeless to give them some measure of social distancing during the coronavirus outbreak. They had hoped the city would allow the camps to remain in place until the city's stay-at-home order is lifted.

The City of St. Louis remains under a stay-at-home order until further notice. 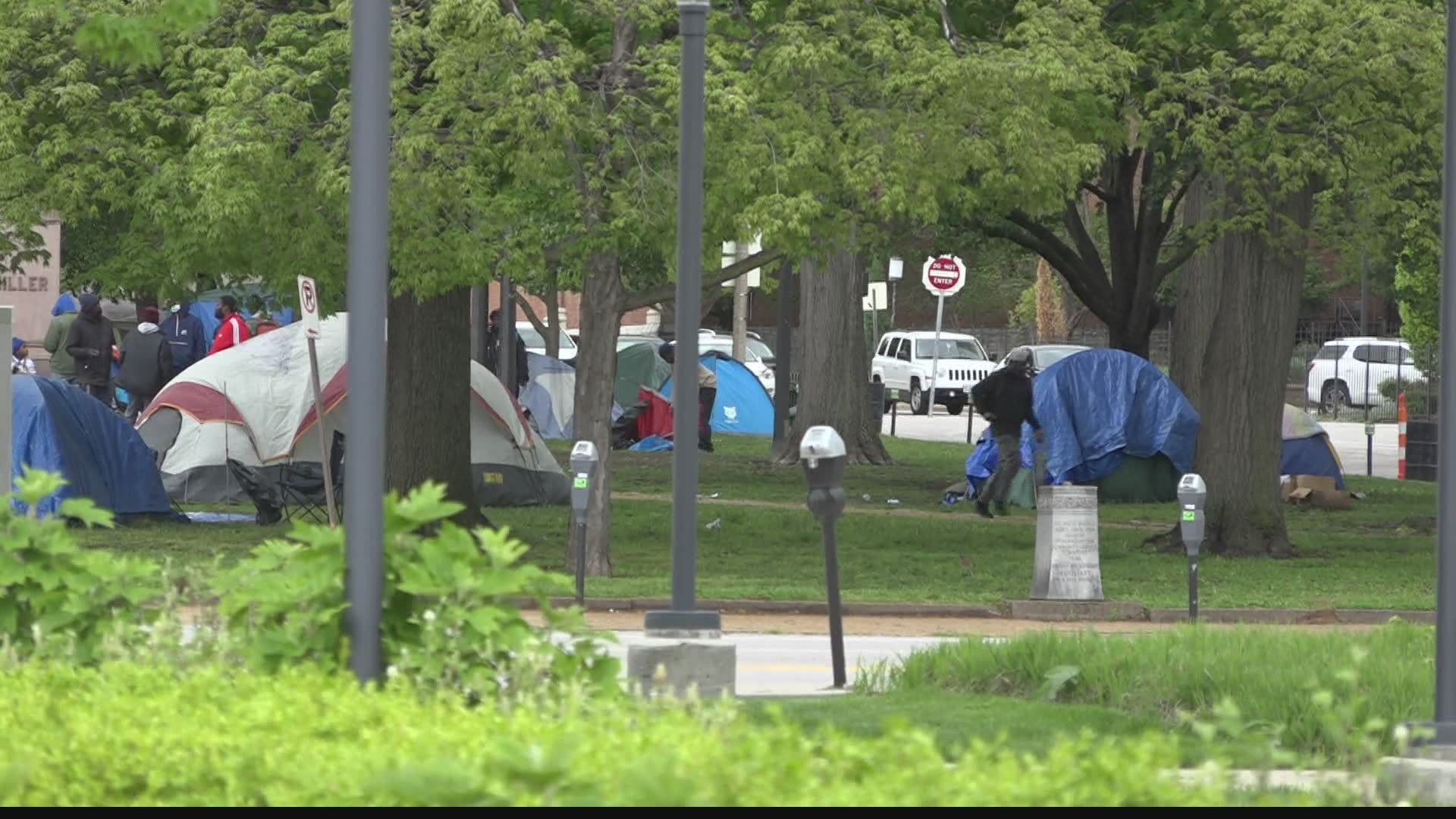 City of St. Louis to remain under stay-at-home order beyond Missouri reopening date

How much is St. Louis spending on its COVID-19 response?