On Aug. 31, Terry Tillman, 23, was shot and killed by police after a foot chase that started in the Saint Louis Galleria

ST. LOUIS COUNTY, Mo. — The St. Louis County Prosecuting Attorney’s Office said it plans to provide the public with information on the Terry Tillman incident in the ‘very near future.’

On Aug. 31, Terry Tillman, 23, was shot and killed by police in St. Louis County after a foot chase that started in the Saint Louis Galleria.

The announcement comes one day after activists held a press conference to show cellphone video from the shooting. The video shows a police officer walking past a Richmond Heights police SUV while carrying a gun and wearing rubber gloves. During the news conference Monday afternoon, those activists claimed the video is evidence that officers either tampered with the crime scene or planted the gun.

‘The actions taken by law enforcement on scene, including the securing Mr. Tillman`s weapon after the shooting, were known and have been documented in the investigation. We have and will continue to contact any persons that may have information pertaining to this incident. In some cases, we have been met with resistance and refusal.’

‘The City of Richmond Heights had been aware of this bystander’s video from the crime scene after Mr. Terry Tillman’s death and the new claim of corruption of the scene. This footage is being used purely for conspiracy claims, to confuse, and to fuel distrust and anger in the St. Louis community.  The integrity of the crime scene is not in question. Mr. Tillman was alive after the shooting and officers quickly performed CPR trying to save him. It is well documented that his gun was secured during this time. The police-involved shooting of Mr. Tillman was a sad and tragic event. Our thoughts and condolences continue to go out to Mr. Tillman’s family. All involved are trying to emotionally heal. The City of Richmond Heights employs a highly-skilled, ethical police department - it is our responsibility to provide our community and all visitors of our community a safe residential and business environment at all times.’

‘We were expecting another 10-14 days on receiving the investigative report; however, we were notified today by the St. Louis County Police Department we should have the completed report late today or sometime tomorrow. We are going to conduct our review of the case in a timely manner and we expect to be able to provide information to the public in the very near future.’ 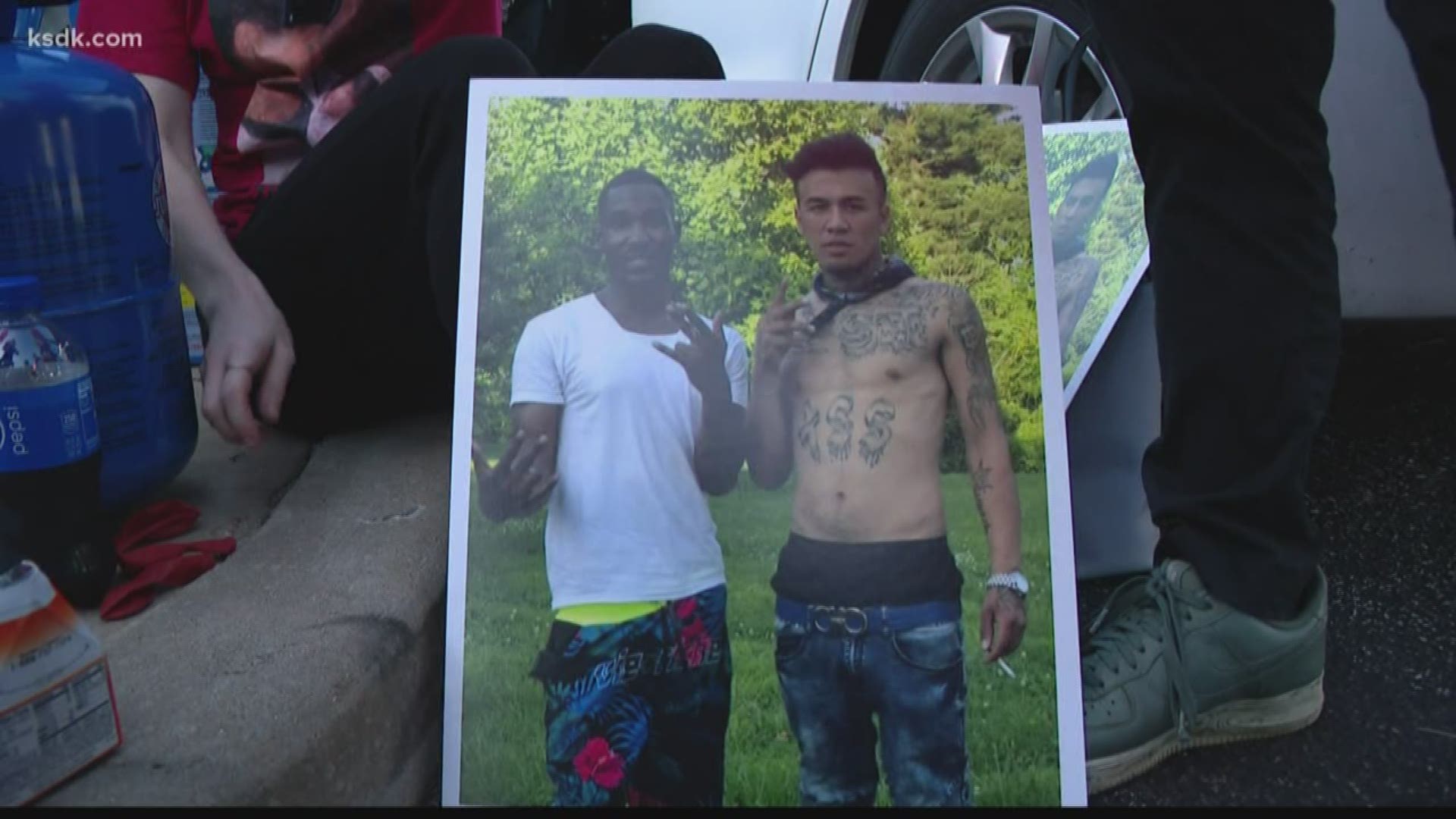