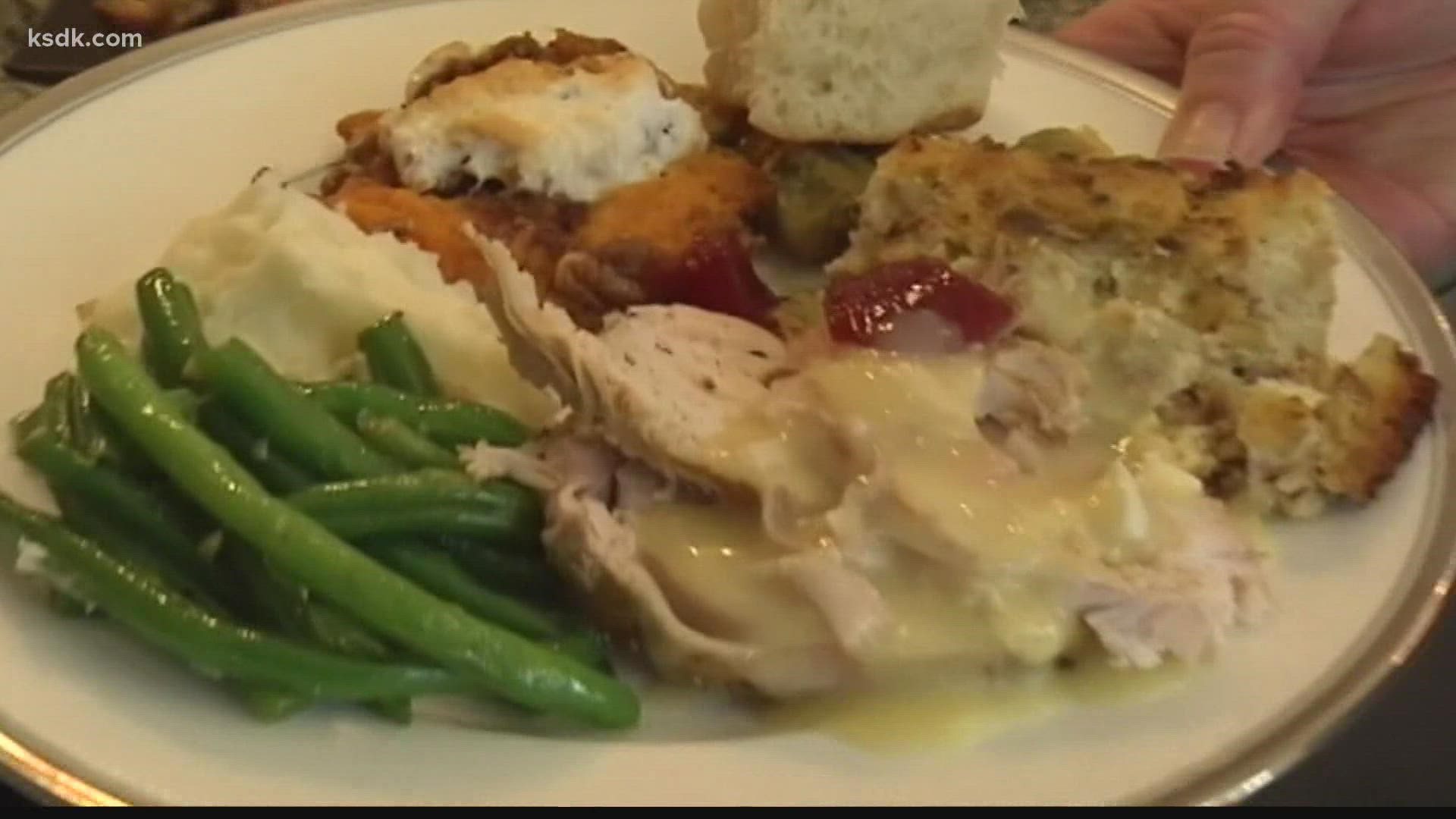 ST. LOUIS — Expect to pay more for your Thanksgiving meal this year. That's according to a new survey released by the Farm Bureau.

The Farm Bureau estimates the average cost of a classic Thanksgiving dinner for 10 people will be $53.31. That's a 14% increase from a year ago.

It should be noted that the survey uses volunteer shoppers to check prices starting in late October before most grocery stores feature frozen turkeys at much lower prices. So your bird might be cheaper.

In a new release, the Farm Bureau pointed to several factors for the 14 percent increase for this year's meal.

“These include dramatic disruptions to the U.S. economy and supply chains over the last 20 months; inflationary pressure throughout the economy; difficulty in predicting demand during the COVID-19 pandemic and high global demand for food, particularly meat,” said AFBF Senior Economist Veronica Nigh.

Despite the global supply chain issues, St. Louis based stores feel confident about having enough Thanksgiving items for shoppers.

"We got ahead of the curve," said Save A Lot Chief Supply Chain Officer John Hird. "We didn't wait and react, we were on top of it and that's made all the difference in the world for us."

St. Louis based Save A Lot, operates roughly 1,000 stores nationwide and 35 locally. Hird said the company filled its national distribution centers, including the one in Edwardsville with millions of extra items to prevent shortages on shelves.

Hird said stocking up on items months in advance allowed Save A Lot to get holiday products to the stores much earlier than years prior. Allowing people to shop early is helping ease the last-minute holiday rush.

"I'd tell you for a holiday season, I'm usually more nervous and have anxiety, I don't have that this year because we are actually in great position at the store level," Hird said.

Most grocery items sold in the store are under Save A Lot's own private label. Hird said that has allowed them to stay away from some of the supply chain bottlenecks other grocers are experiencing.

In an email to 5 On Your Side, Schnucks also pointed to its private label as a  benefit heading into the Thanksgiving shopping surge:

"Because of the current trucker shortage, production facility labor shortages, and shortages of certain raw ingredients, select products are taking longer to get through the supply chain to our stores. However, the good news for Schnucks shoppers is that, through proactive planning with our suppliers and by procuring more Schnucks brand (private label) products, we have been able to mitigate most of these supply chain disruptions. At this time, we are not expecting major disruptions to any particular holiday category and are confident we will be able to meet our customers' needs."

The store said it has more turkeys in stock this year than it had last Thanksgiving.

Dierbergs tells 5 On Your Side that it has plenty of fresh and frozen turkeys as well as other Thanksgiving items.

All stores suggest shopping early to guarantee finding everything on your list.