The decision to cancel the Cardinal Ritter football team's entire season and fire everyone on the coaching staff is getting mixed reviews. 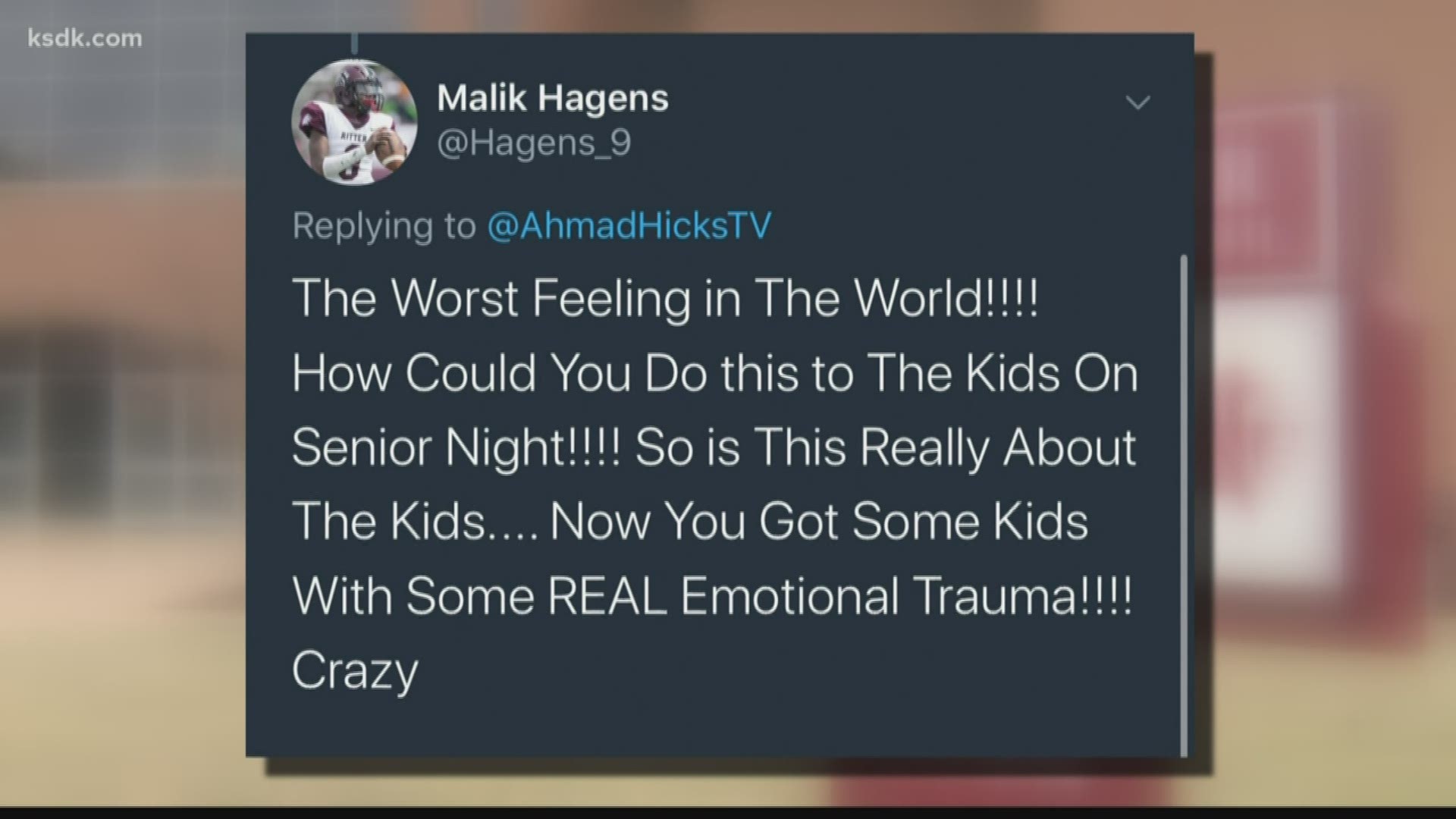 ST. LOUIS — A top ranked football team played an ineligible player and now the season is over.

It was a tough blow for the Cardinal Ritter football team, which had an undefeated season until all of its games were forfeited and the season was canceled. But does the punishment fit the offense?

"It's something that you don't expect to happen on a high school level," said one resident.

The decision to cancel Cardinal Ritter's entire season and fire everyone on the coaching staff is getting mixed reviews.

The Archdiocese of St. Louis made the school's punishment clear Friday ahead of senior night. It all happened after the school admitted to playing an ineligible player who was supposed to be suspended for one game.

5 On Your Side spoke with a local coach off camera who said that at one point his own entire team was suspended. They, however, handled things a little differently.

"We took that suspension like men, we took it off that whole week. That week we showed discipline to our boys," said the coach, who wanted to stay anonymous.

On Friday, the team's quarterback tweeted his feelings on the topic to 5 On Your Side's Ahmad Hicks.

"The worst feeling in the world!!!!! How could you do this to the kids on senior night!!!!! So is this really about the kids.... Now you have some kids with some real emotional trauma!!!!! Crazy," the quarterback said.

"It's more than just football it's life values, and you can't go through life thinking, 'Oh, I can cheat here and then later on down the line think it's OK' and it's not going to catch up to you," the coach said. "And that's exactly what happened."

5 On Your Side spoke with one of the player's parents on the phone. She mentioned how tough this was for families and students.

5 On Your Side was told that parents will be meeting with school officials Monday.