It took almost seven hours for a revolt at the City Justice Center in St. Louis to be brought under control 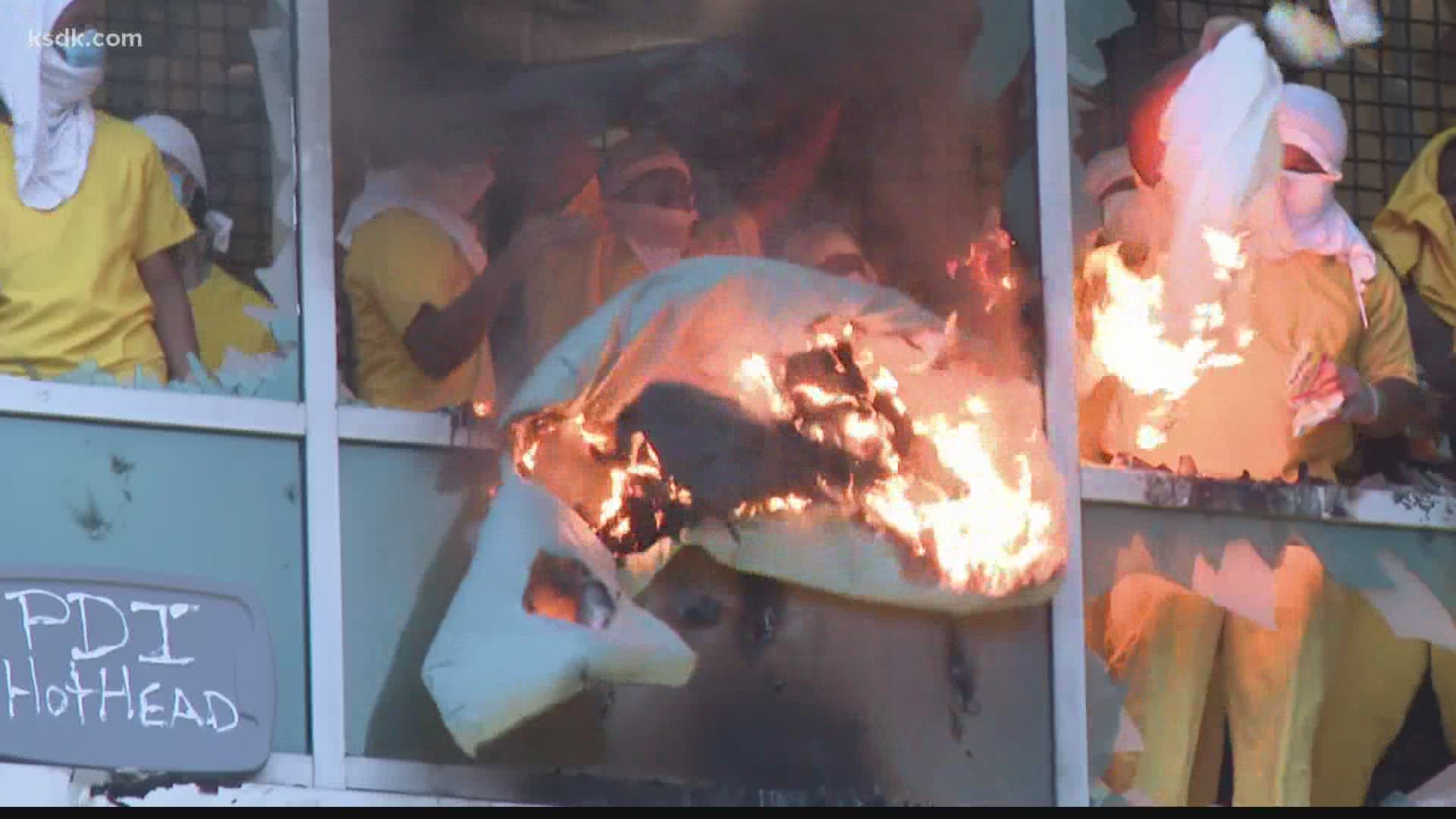 ST. LOUIS — It took almost seven hours for a revolt at the City Justice Center in downtown St. Louis to be brought under control.

On Saturday, bystanders witnessed detainees causing chaos at the on the fourth floor. They broke windows, set fires and threw furniture out the windows.

HAPPENING NOW: Inmates are rioting at the STL city jail downtown. The mayor is calling this a dangerous ongoing disturbance. @ksdknews pic.twitter.com/J5NI3mK2Rd

St. Louis public safety director Jimmie Edwards says it started after a corrections officer got into a scuffle with a detainee.

That's when other inmates were able to jimmy open their locks.

The only injury was to an officer, who is expected to recover.

The inmates involved are being moved to the Medium Security Institution, also known as the Workhouse, in north St. Louis.

Edwards says it's safer there.

One is the Medium Security Institution; the other is the City Justice Center across the street from City Hall.

There have been other disturbances at the Justice Center:

Edwards points out some issues with the City Justice Center, including understaffing.

Another is the locking system, as offenders were able to jimmy their way out.

“The building was built with medium security locks to be manipulated and compromised. We've been working on that since December. I hope to get it fixed,” Edwards said.

He says no demands were made from the 117 housed offenders.

“These are angry, defiant, violent people that we housed at the Justice Center. There is no one housed for misdemeanor, municipal offenses or a low-level felony. These are assaults on a police officer, homicide, things of that sort — very, very violent men that are housed in these two units,” Edwards said.

This marks the third disturbance in the last several weeks.

"These aren't random acts of violence," he said.

For months, the organization has staffed a hotline to hear concerns and complaints about the City Justice Center.

Strode said inmate complaints range from concerns about food to the type of punishment they receive.

Another concern is the ongoing COVID-19 pandemic.

Edwards says there aren’t any coronavirus cases at the justice center right now. But Strode said overall, they’ve been getting complaints about COVID-19 cases in general and believes this revolt was bound to happen based on the complaints received over the last month.

On Saturday, Latonya Austin and her daughter, Kiya Williams, observe the detainees behind the windows. They came to show support and demand change.

"The riot was the wake up we needed," Williams adds.

Austin said her son died at the City Justice Center a few weeks ago.

"He would still be alive if he got the proper treatment needed," she said.

Strode believes several people are accountable for what's going on inside.

"This is a problem of both city officials and the courts. We have hundreds of people in jail, pre-trial, when they shouldn't be there or don't need to be there," he said.

Just this past week, the ways and means committee of the St. Louis Board of Aldermen killed a bill because not enough people signed up to vote.

ArchCity Defenders was pushing for the bill to pass. It would have closed and defunded the Workhouse and put more staff in the City Justice Center. It also would have provided COVID-19 testing, prevention and treatment for inmates. 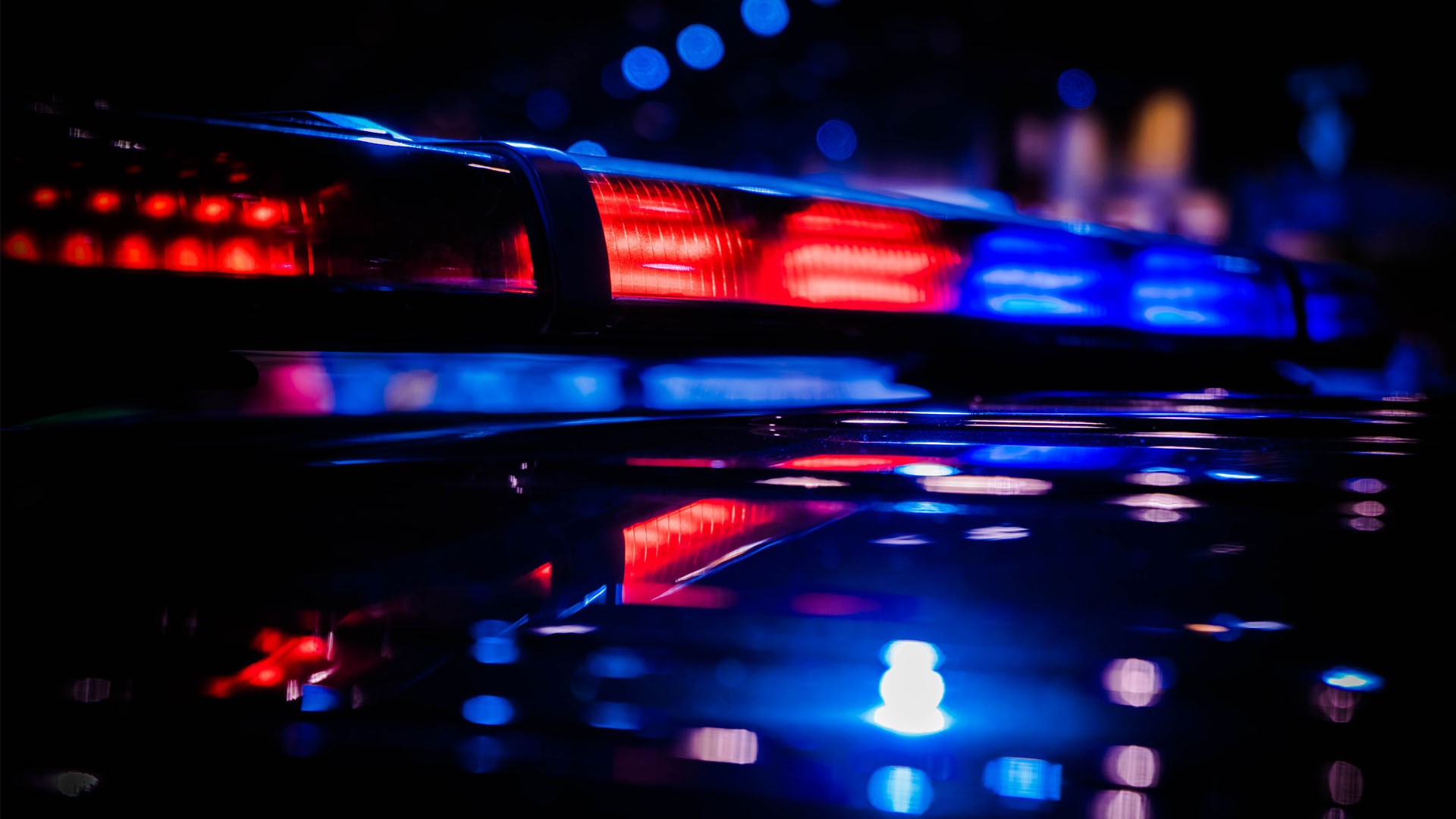