The Department of Health will be holding a public meeting about this issue sometime in October. 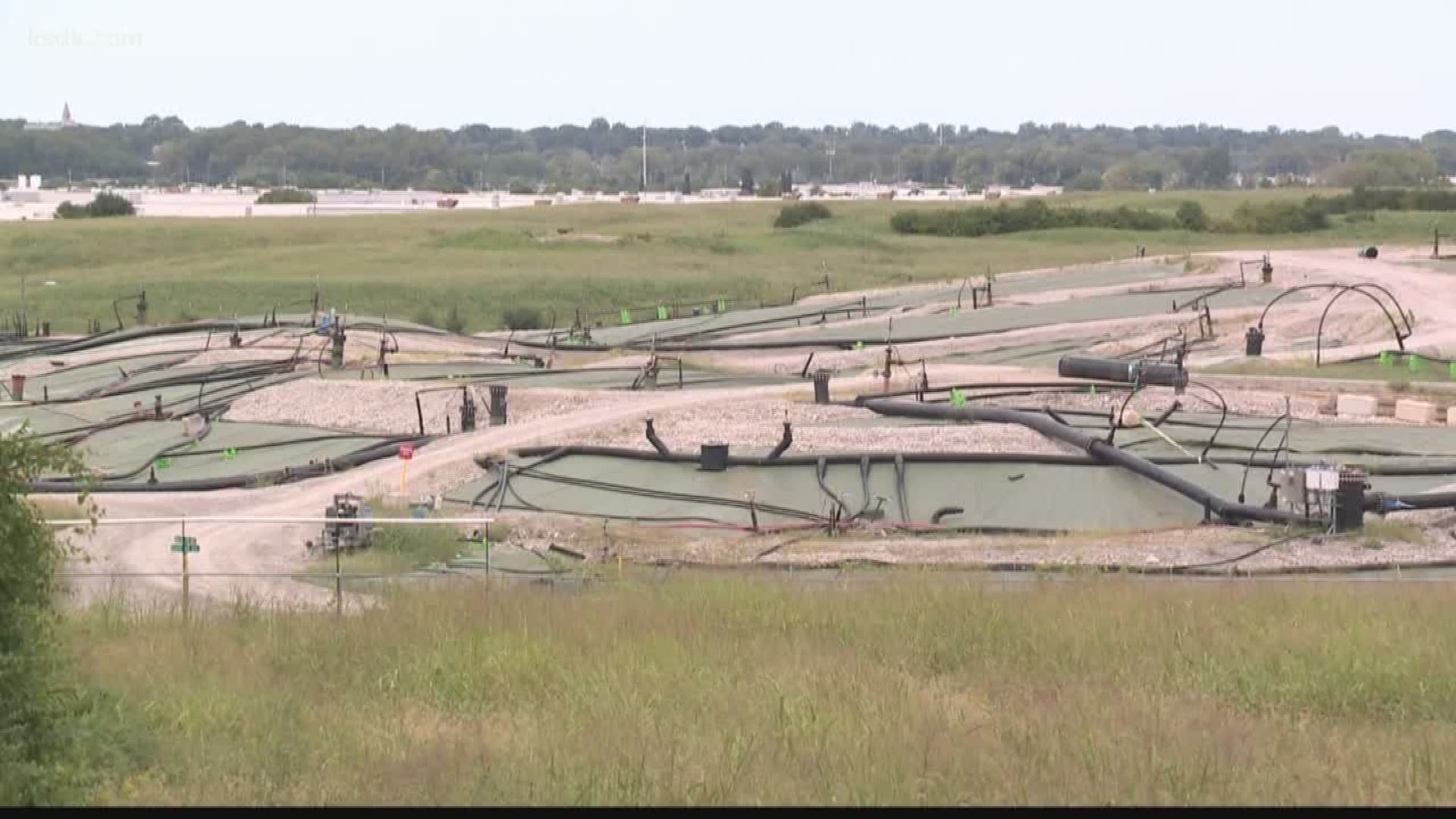 BRIDGETON, Mo. — The Missouri Department of Health and Senior Services released new details about a toxic landfill in Bridgeton.

Results of air quality testing showed the Bridgeton landfill could have caused health issues for families that live nearby.

Now, a group of moms said they want this toxic site taken care of, and the families that live near it to be relocated.

Republic Services is the group that runs the landfill. They previously sent out letters telling residents the bad smell coming from the landfill was not harmful.

However, a new study contradicts that. The study conducted confirms what dozens of angry parents have been saying for years, that toxic air coming from the landfill can make people sick.

On the landfill, it looks like a bunch of wires and dirt. However, frustrated parents like Dawn Chapman said it's filled with radioactive waste. People who live near Bridgeton said despite the ugly look, it's the ugly smell that's causing the problems.

"The smell has just been outrageous. I've lived two miles from this landfill for 15 years,” Chapman said.

Over the past 5 years Chapman and a few other moms complained about it making them and their families sick.

"Basically, the agencies kind of told us that we were a little hysterical. We will be out a target or anywhere and experience the odor headaches nose bleeds um sinus infections wheezing chest congestion," Chapman said.

During those years residents were told although the odor was bothersome there was no real health threat, but according to a new study there was.

When the Missouri Department of Health tested air data collected near the Landfill in Bridgeton it showed the sulfur-based compounds being released from the site may have been harmful to people living or working nearby.

"They admit in that report that there are chemicals leaving that site that they don't know how to scientifically determine health risk, that they are limited and that's scary," Chapman said.

The study shows inhaling the chemicals could ignite all sorts of health issues and now the department of health is encouraging people to avoid the smell by staying indoors as much as possible.

"Falls coming everybody wants to open their windows we all have to go out and do a sniff test you know it’s not ideal," Chapman said.

Now Chapman and everyone else who said they experienced this smell want it gone for good.

"Stop taking chances with our health start being proactive. You can't go back and fix it, but you can go forward and say okay we've got better choices to make,” Chapman said.

Republic provided the following comment in response to the report:

"We can agree that air emissions are normal today, and odor has been under control since 2013. The report comes as a surprise, after five years of DHSS’ own reporting which found no impact to human health. In addition, St. Louis County Public Health recently found no significant difference in asthma, COPD or other diagnosed respiratory conditions."

The Department of Health will be holding a public meeting about this issue sometime in October.

Right now, they are releasing the evaluation for the public to comment.

All comments must be submitted or postmarked by November 20.