An open letter from Julius Hunter to US Sen. Josh Hawley

The following is a commentary from Julius Hunter, an award-winning broadcast and print journalist. He was the first African American TV anchorman on prime-time television in St. Louis, beginning in 1970. He has also distinguished himself as an author, educator, musician, philanthropist, genealogist, lecturer and chef.

My nearly 40 years of prominent active duty in broadcast and print journalism in St. Louis brought me in very close contact, professionally and socially, with eight distinguished U.S. senators from Missouri — both Republican and Democrat.

From the time of my first interview in 1972 with incumbent Sen. Stuart Symington, through Senators Danforth, Bond, Eagleton, Ashcroft, Carnahan, Talent and McCaskill, I came to respect each one of them. And I took pride in the faith and confidence each placed in me as a journalist — and as a friend.

Mutual respect was the name of the game, no matter how tough and piercing my interview questions were, or how fulsome or even evasive their responses were. I gave "Kit" Bond his first television interview ever when he ran for governor.

And Senators Bond and Ashcroft phoned me at home to ask if I would sit next to President Reagan and introduce him and Bond at the latter's senatorial campaign launch.

Sen. Roy Blunt's son, Matt, as Missouri governor, appointed me to a four-year term as a St. Louis police commissioner. Not bad for a Black, registered Democrat, born upstairs over a storefront barbershop at Vandeventer and Delmar.

But, Sen. Hawley, this is the first personal and critical letter I have ever written to an incumbent Missouri senator.  I've found your recent public proclamations and off-the-wall stances startling and, quite candidly, outrageous.

You announced on a soapbox that you had found irregularities in Nov. 3 election returns in several state tallies. Hmmm. None of them in your home state. You proclaimed that you had spoken with 30 of your constituents, and all had suspected election fraud. Shouldn't you have picked a more credible, uneven number, like 27 or 3,493 suspicious constituents?

Correct me if I'm wrong, Sen. Hawley. Didn't you get the memo citing that more than 60 outlandish court challenges by President Trump's legal minions were thrown in judges' wastebaskets?

Weren't some of the flimsy charges summarily dismissed by courts helmed by Trump appointees? And didn't the U.S. Supreme Court —with three Trump appointees — say, in effect, "Buzz off!"?

Didn't you clerk for Chief Justice John Roberts at one time? And, Sen. Hawley, shouldn't a Stanford and Yale alum like you recognize the ludicrous folly of all the  cases presented by the often shabbily-prepared Trump legal team?

If you answered "yes" to either of these questions, then why in the name of reason and decorum would you get out there and embarrass your state, your legal background, and all the distinguished Missouri senators that preceded you? I know I felt shame, embarrassment and puzzlement.

Yet there you were, out there on the infamous morning of Jan. 6, giving a raised fist-salute to the marauding band of vandals that Meghan McCain called "the scum of the earth."

It was if you were a coach sending the mob onto the field to trash the sacred halls of our U.S. Capitol. Were you a drum major at any of the Black Lives Matter demonstrations of the past summer? Oh, yes there was some ugly, despicable looting then. But I don't remember any demonstrators breaching the heavily armed phalanxes of police and troops and getting within a stone's throw of the hallowed Capitol last summer. Do you?

And after the most disgraceful act of vandalism in the nation's capital city since the British torched the White House in 1814, I had fully expected you and Ted Cruz to slink away in shame. Surely you two misguided showboats would lose the audacity to make fools of yourselves again. But, oh, no.

After order was restored, the hoodlum mob banished, lawmakers freed from the safety of your bunkers, and the building given a quick cleanup. There you were again, in the totally unnecessary and tension-filled evening Congressional session. There you were hogging the mic and the spotlight and continuing your groundless election fraud nonsense about bogus voting in states not even your own.

The early returns on your stunt had to be rather disheartening. The day after the rioting, the distinguished Sen.-emeritus Jack Danforth said that backing you for the Senate was "the worst mistake he had ever made in his life."

GOP stalwart George Will predicted you and Cruz would be tainted with the scarlet letter "S" for "sedition" for the rest of your lives.

And right after the tear gas fumes cleared, Simon & Schuster canceled the deal to publish your book this summer. Perhaps Claire McCaskill wasn't just serving up sour grapes when she suggested that your lumps were what a "dangerous liar" should expect.

Your colleague, Nebraska Sen. Ben Sasse called your stunt "really dumbass." And in the most damning lack of praise, the Kansas City Star said of the five deaths associated with the Capitol riot, you specifically, Sen. Hawley, have "blood on your hands."

For my own bemusement in these dark days, I occasionally allow myself to drift off to imagine the new committee assignments and office space Senate Majority Leader Chuck Schumer will have waiting for you as reviews of your disgraceful performance continue to roll in.

Perhaps, Sen. Hawley, you will wake up someday soon, read your morning-after reviews, and realize that you have now descended into lockstep sycophancy with a disgraced president who descended to new ethical lows after he ceremoniously descended on that gilded Trump Tower escalator.

If you had planned to ride his coattails, I think that coat is now packed in mothballs at a dry-cleaner near Mar-a-Lago. And, perhaps you'll find that any drips and drops of paint historians have left over from rendering their portraits of the departing chief executive might be just enough to color their locket-size picture of Sen. Joshua David Hawley. The saving grace is that such a small picture won't provide enough room to show that fist in the air.

I dare not ask what Jesus would have done on Jan. 6, Sen. Hawley. I'd  rather ask you, instead, to project how the distinguished slate of your Missouri senator predecessors would have comported themselves on Jan. 6.

It is so sad that you were able to call attention to yourself and ambitions both before and after the Capitol was invaded and ransacked. Do you accept any responsibility for the unprecedented mob destruction of the People's House in D.C., Sen. Hawley? Are you at least partially responsible for those five deaths that day?

Julius Hunter is an award-winning broadcast and print journalist. He was the first African American TV anchorman on prime-time television in St. Louis, beginning in 1970. He has also distinguished himself as an author, educator, musician, philanthropist, genealogist, lecturer and chef. 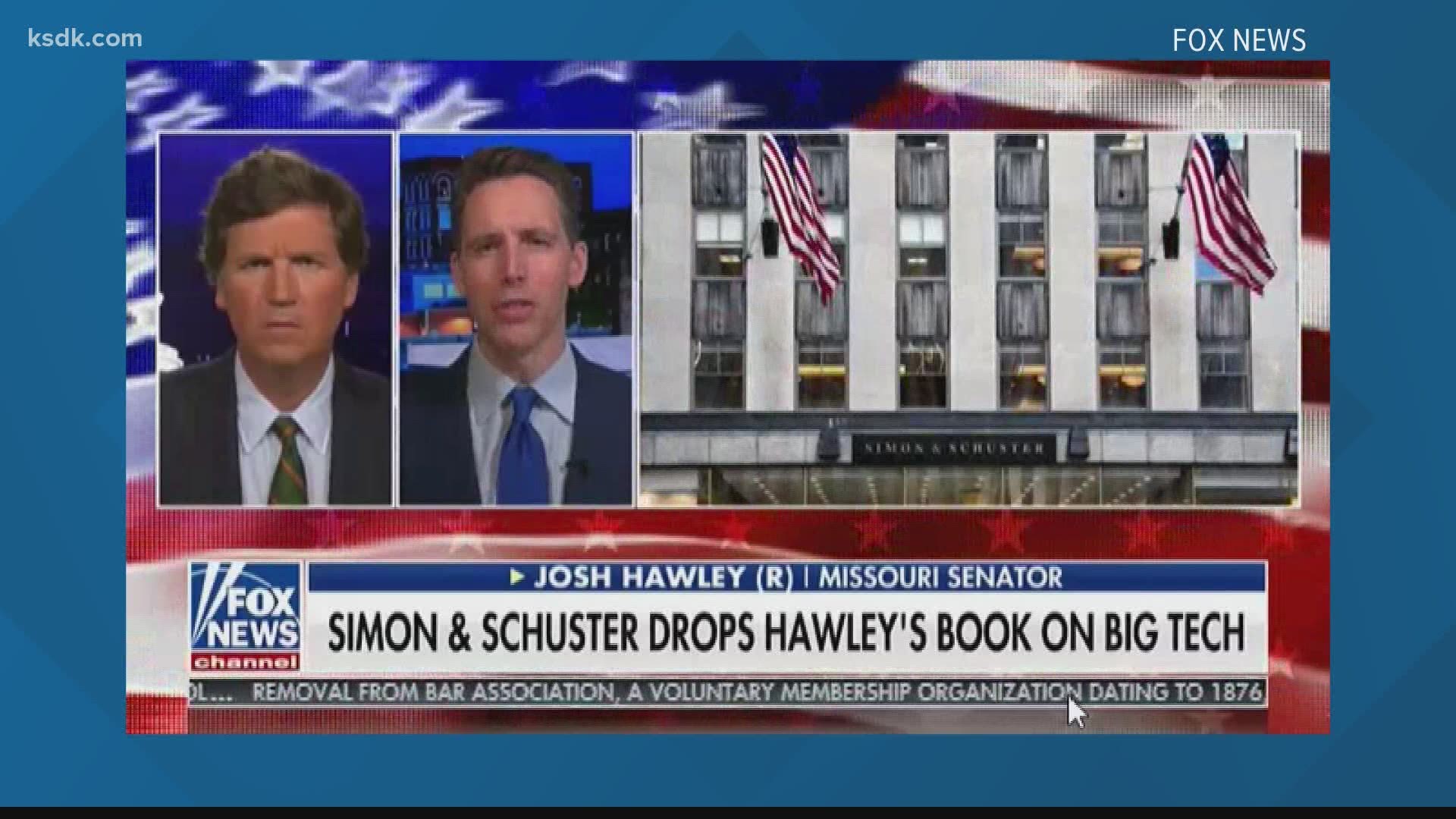