“When they see me on the computer talking with their parents, they realize, ‘OK, she’s a real person who cares about me outside of school.’”

ST. LOUIS — Audrey Hammock, a teacher at Patrick Henry Downtown Academy, defines herself as “hood rich.” The East St. Louis native used the term to describe her approach to interacting with her students and their parents.

“Students who behaved badly or were cutting up in class, know I’m walking home with them at the end of the day, Hammock said. “I’m not going to lie; I’m bold like that.”

Patrick Henry is located just north of downtown within the 63106 zip code. It’s an area of high poverty and high crime that researchers from Washington and Saint Louis universities deemed one of the “most vulnerable” as it pertains to the social determinants of health.

Hammock said growing up in East St. Louis, with its impoverished areas, makes it easier for her to navigate the neighborhood, visit homes and develop relationships with parents.

“I’m just one of those cool teachers. Once they (parents) realize that I have genuine concern about their child’s wellbeing, they tell me things you might not expect them to share. It’s about getting to that level of comfortability.”

Hammock’s interactive philosophy fits perfectly with the mission of “Home Works,” a nonprofit founded in 2007 to train, support and pay teachers in low-performing schools to visit the homes of struggling students. The goal is to partner teachers with parents so they can become more engaged in the child’s education.

With the spread of the coronavirus, virtual education has become the norm in most St. Louis public schools. The founder of Home Works, Karen Kalish, realized that the demographic the school serves needed much more than education via computer screens.

“SLPS gave out Apple s to the kids but they (parents and students) didn’t know what to do with them. Many parents, in the poorest zip codes have no internet access and some kids are in chaotic situations where they can’t concentrate.”

“It took one of our teachers 23 days to find 21 kids. That’s inexcusable, it should have taken 23 seconds to get them to participate.”

That incident prompted Kalish to sit down with Kelvin Adams, superintendent of the Saint Louis Public Schools. She asked Adams if Home Works could focus on one school to ensure that “teachers, parents and kids get everything they need to strive, thrive and succeed in this virtual environment.”

Because the agency was already working with Patrick Henry, Adams gave Kalish permission to go forth with her mission.

Kalish solicited LaunchCode, a nonprofit that offers free tech education, to design a manual on the workings of the Apple iPad.

Home Works paid parents and teachers to participate in educational luncheons. They accessed the needs and provided necessities such as notebooks, backpacks, headphones, computer stands, extension cords and other essentials.

Once the virtual learning school year began, Kalish and the teachers were exposed to the realities of low-income living. For example, they noticed kids participating from their beds because there was no designated space for learning in the home. They heard chirping sounds in many homes and realized the batteries in smoke detectors needed replacing.

Home Works partnered with grocery and furniture stores, other non-profits and the St. Louis Fire Department to get food, furniture, fresh batteries and smoke detectors in homes. They recruited volunteers to buddy with teachers and call or text parents and students to make sure the children show up for virtual lessons.

The organization’s help was a godsend for Danita Ellis, a single mom with a four-year-old pre-schooler at Patrick Henry. Ellis, who lived in an apartment complex near the school, said that violence in the neighborhood and conditions in her complex were so deplorable, she moved to a house in Baden in November:

“Because of the conditions at the apartment,” Ellis recalled, “I had to throw everything away. We were all sleeping on air mattresses.”

She said Kalish connected her with “Home Sweet Home,” a non-profit that donates furniture and household items to families in need. Within a matter of days, Ellis received a call informing her that a houseful of furniture was on the way.

Ellis’ older kids, 12 and 14, ride a school bus to Gateway Middle School. The part-time home-health care worker, who was car-less for a while, rode public transportation with her youngest to Patrick Henry every day.

“I love the school so much; I was willing to do that,” Ellis said.

Hammock, the Patrick Henry teacher, said she cherishes the opportunity Home Works has provided to assist parents in need, like Ellis.

“Sometimes, it’s a humbling experience for parents to ask for something but if the kids are in need, I can throw it out there. If it helps, great.”

Better connections with her students is an additional bonus, Hammock said.

“When they see me on the computer talking with their parents, they realize, ‘OK, she’s a real person who cares about me outside of school.’”

Community partners, like Home Works, Hammock added, makes it possible to connect with parents, access student’s needs and do something positive when possible.

“If you can prevent a student from going without by doing small things to help with education or family life, I say, ‘why not?” 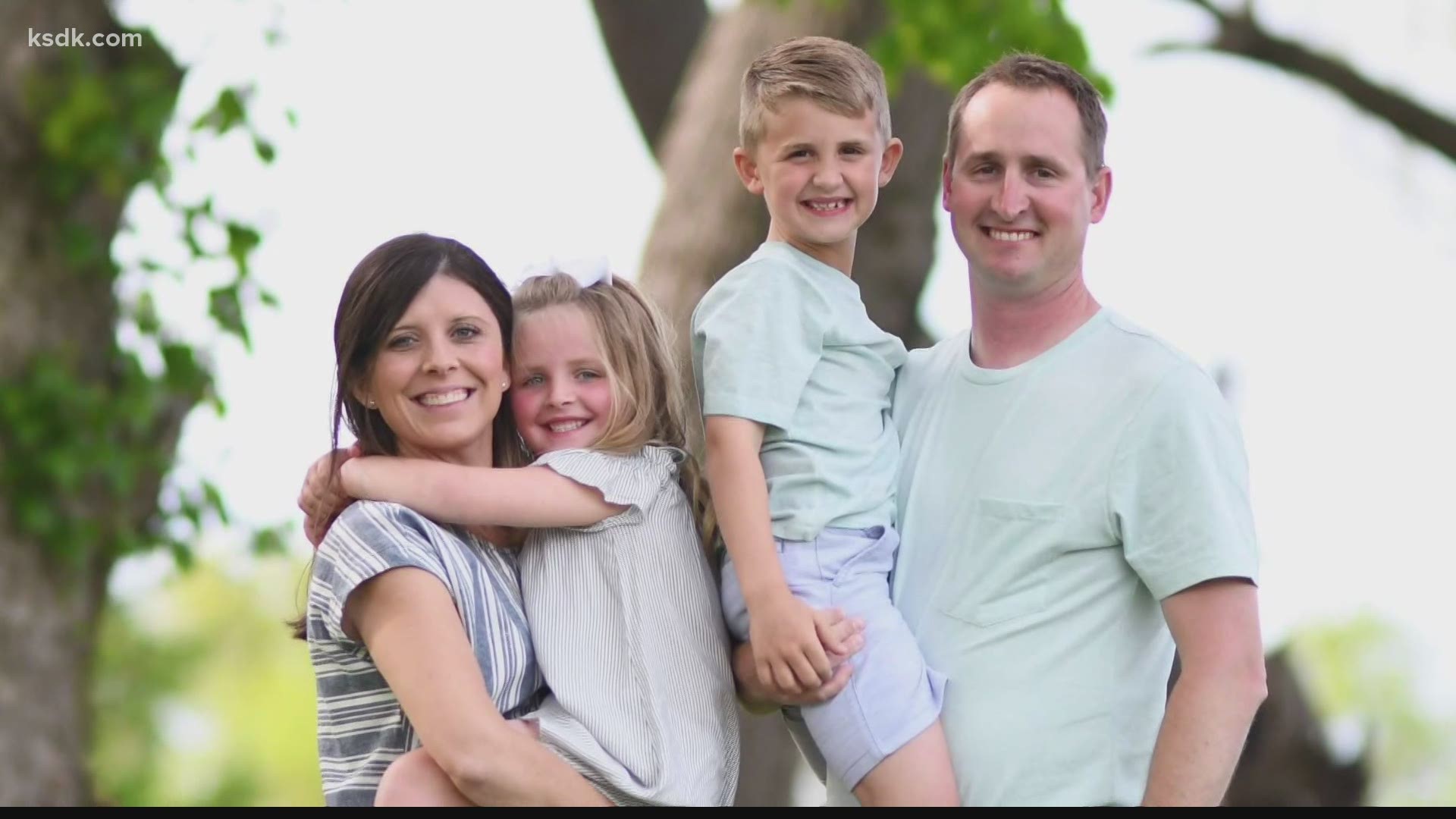