Most of the protesters were peaceful, but a small group of people turned the demonstration violent later in the night 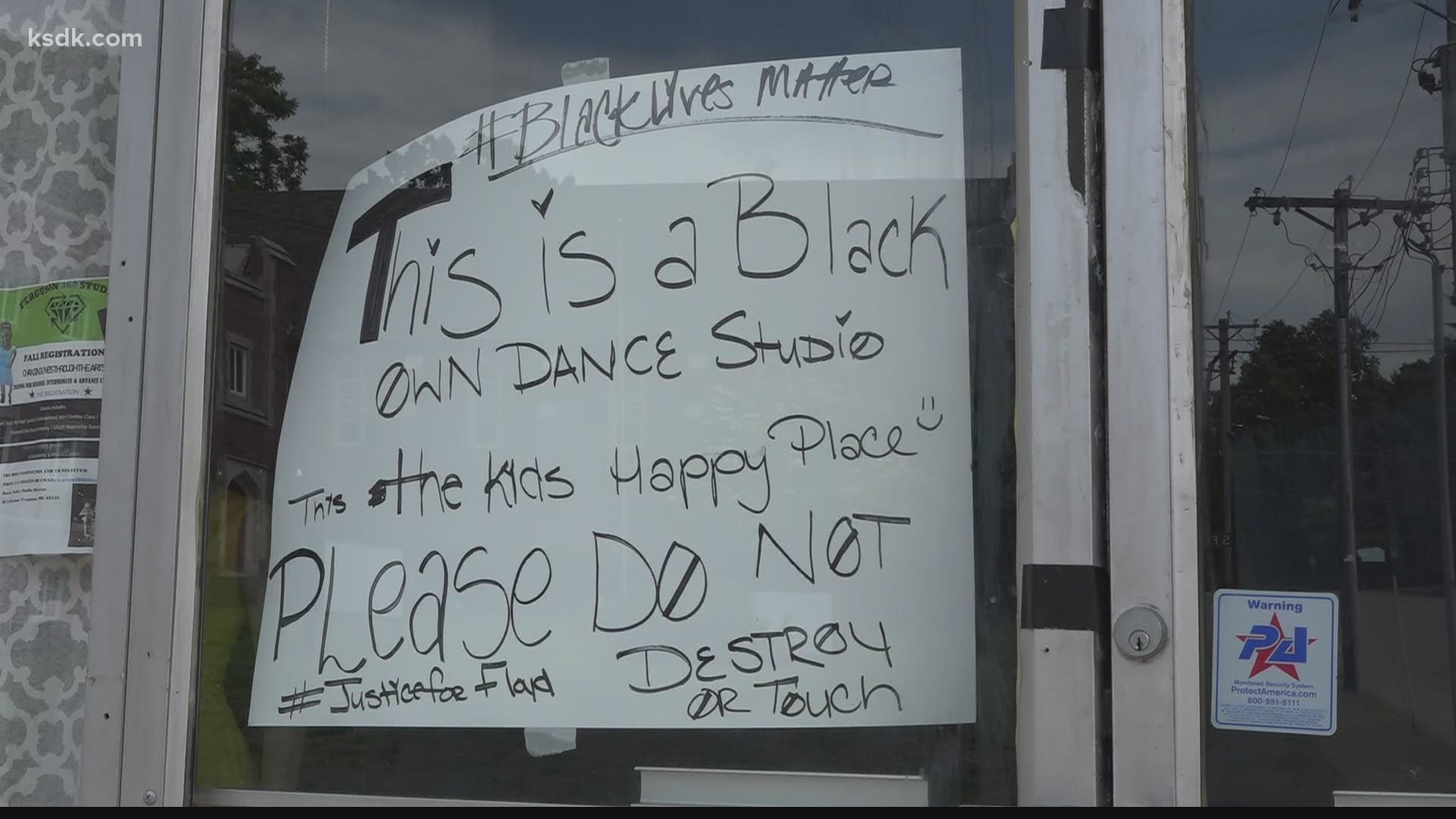 FERGUSON, Mo. — For the last two days, protesters have been taking to the streets in Ferguson calling for an end to police brutality over the death of George Floyd.

Protests that turn violent are something this community has seen before after the death of Mike Brown.

"The system has felt like and everybody else is feeling like the system has literally put its knee on our neck," said Vivian Dudley.

For her, it's a sign where once again a country is being divided.

"Sometimes when you have frustrated people, you get misguided explosions," said Dudley.

Those people's frustrations showed through Sunday night in Ferguson after a small group of people launched fireworks at police officers.

"Anybody that tears up their own stuff is a frustrated person like a child that screams out because they don't know anything else to do but throw a tantrum and say can you hear me now?" added Dudley.

For the last two days, the people of Ferguson and Ferguson Police Chief Jason Armstrong said they've been listening.

"You know, I was able to go over there and have some of those dialogues and that's what it takes," said Chief Armstrong.

The community is also coming together each morning, helping clean up the destruction a small group of rioters are causing, like setting fire to one of Dudley's businesses.

"We were pleading with him not to set it on fire and I didn't know what he had and gunshots were flaring all up in the air, so I told my husband just let him go because he might start shooting at you," added Dudley.

Now, Dudley said signs of the times need to change and people need to have a little faith to fix this issue.