WARNING: The photos in this story may be disturbing to some readers 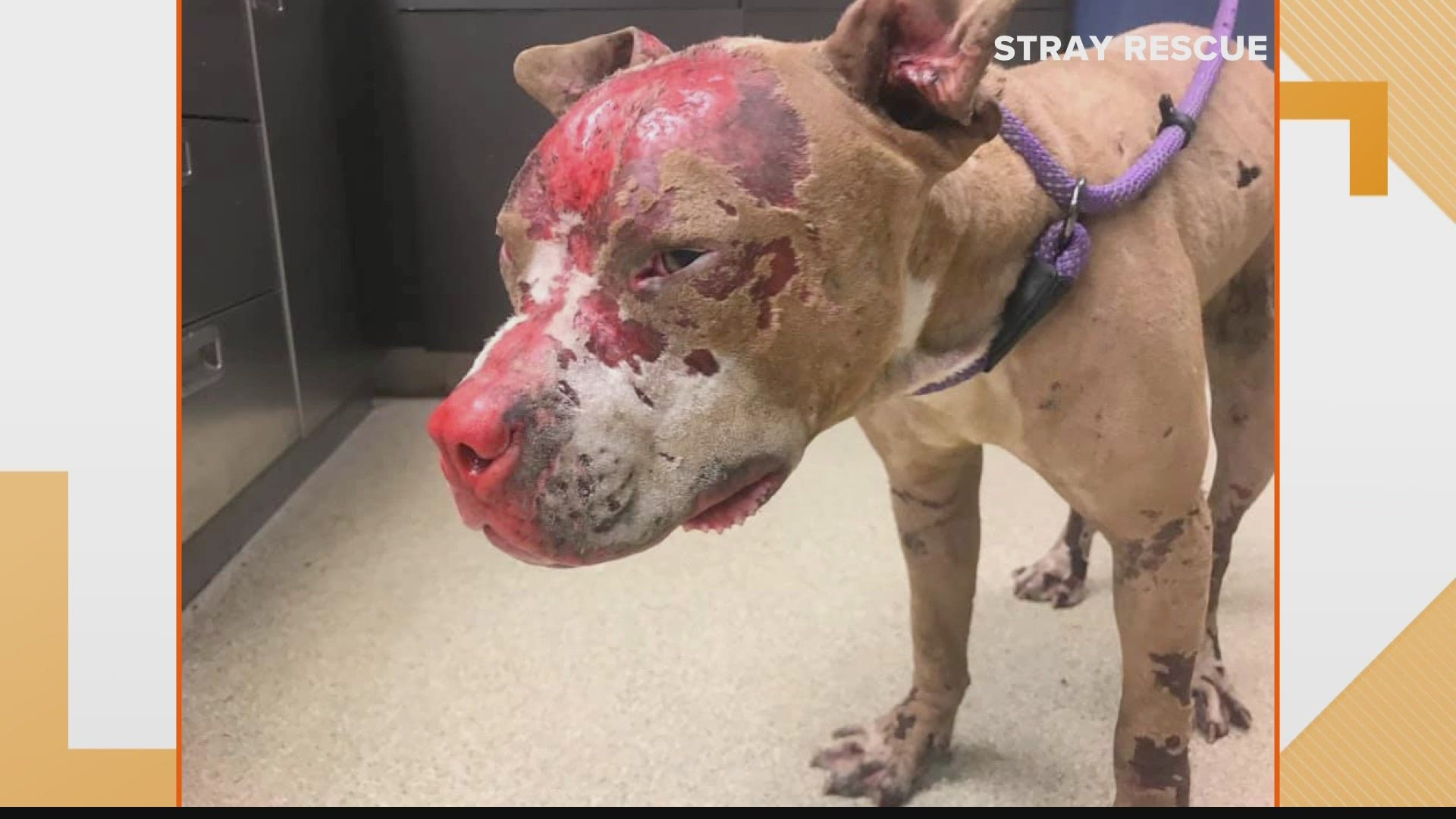 ST. LOUIS — It's a heartbreaking day for the rescue team at Stray Rescue of St. Louis.

A dog named Freedom passed away, a day after he was rescued.

On the Fourth of July, the organization made a Facebook post on its page saying, "We are sorry this is graphic, but this is our current reality."

In the post, they write that their holiday began with a true freedom ride. Even though they rescued the dog, they explained they don't know what happened to him.

The post says, "Whether he was burned, dragged under a car, or maybe had something poured on him... we aren’t sure. But he is heading to our trauma center now. He is free from pain and suffering, free from the horror he has faced, free from the heat, free from being terrified and lost, free from misery. We named him FREEDOM."

An outpouring of support came rolling in for Freedom with over 12,000 likes on the Facebook post. More than 500 people also raised $15,370 for Stray Rescue.

Stray Rescue's Stracks Fund was established to provide emergency medical care to strays who have suffered from the most severe abuse and neglect. The fund ensures medical care.

Throughout the Fourth of July, Stray Rescue updated the status of Freedom.

As of 1 p.m. Saturday, another Facebook post said Freedom was in a lot of pain and they were trying to make him as comfortable as possible, cleaning his wounds and giving him a soft spot to rest.

"THANK YOU to the wonderful woman who found him in her bushes today. You have so much compassion for trying to give him water and finding help. We’ll do everything we can to get him to the other side. We feel so bad for him," the post continued.

As of 4:57 p.m., another post said Freedom was so badly burned, he couldn’t even blink.

"We are lubricating his eyes for him. He is on pain medication and finally resting," it said.

In the video, you can even hear him in pain.

Stray Rescue updated their followers, many of whom seemed eager to hear updates about Freedom.

"We are unbelievably heartbroken to have to tell you Freedom passed away. We hope he left knowing we cared deeply for him and he was loved, not only by us but by all of you," the post said.

It continued to say Freedom was able to rest comfortably throughout the evening and into the night and was feeling much better than when he first came in.

They wrote they had so much hope for him.

"This is a terrible reminder how important every single one of us are, and how necessary we are to fight for this cause. We give all we have to save them, to teach them confidence, and how to play. Sadly, there is evil out there. This is why we have to come together to create a place like Stray Rescue, to be a safe haven for the animals in our community," the latest post said.

Due to the amount of love and support, they are able to offer a large reward for any tips that lead to an arrest.

A spokesperson for Stray Rescue said he was found on Alaska Avenue in the 63111 ZIP code.

The spokesperson also told 5 On Your Side there were too many complications, but a veterinarian is going to do a full animal autopsy, or necropsy, on Monday. We are told some of the burns look older and this may not be the first time he was burned.