‘There’s a lot of hurt, a lot of emotion… also a lot of unity’ | A look back on this week in the St. Louis area

5 On Your Side’s Morgan Young closed out Friday’s 10 p.m. newscast with a look back on what this past week looked like in the St. Louis area 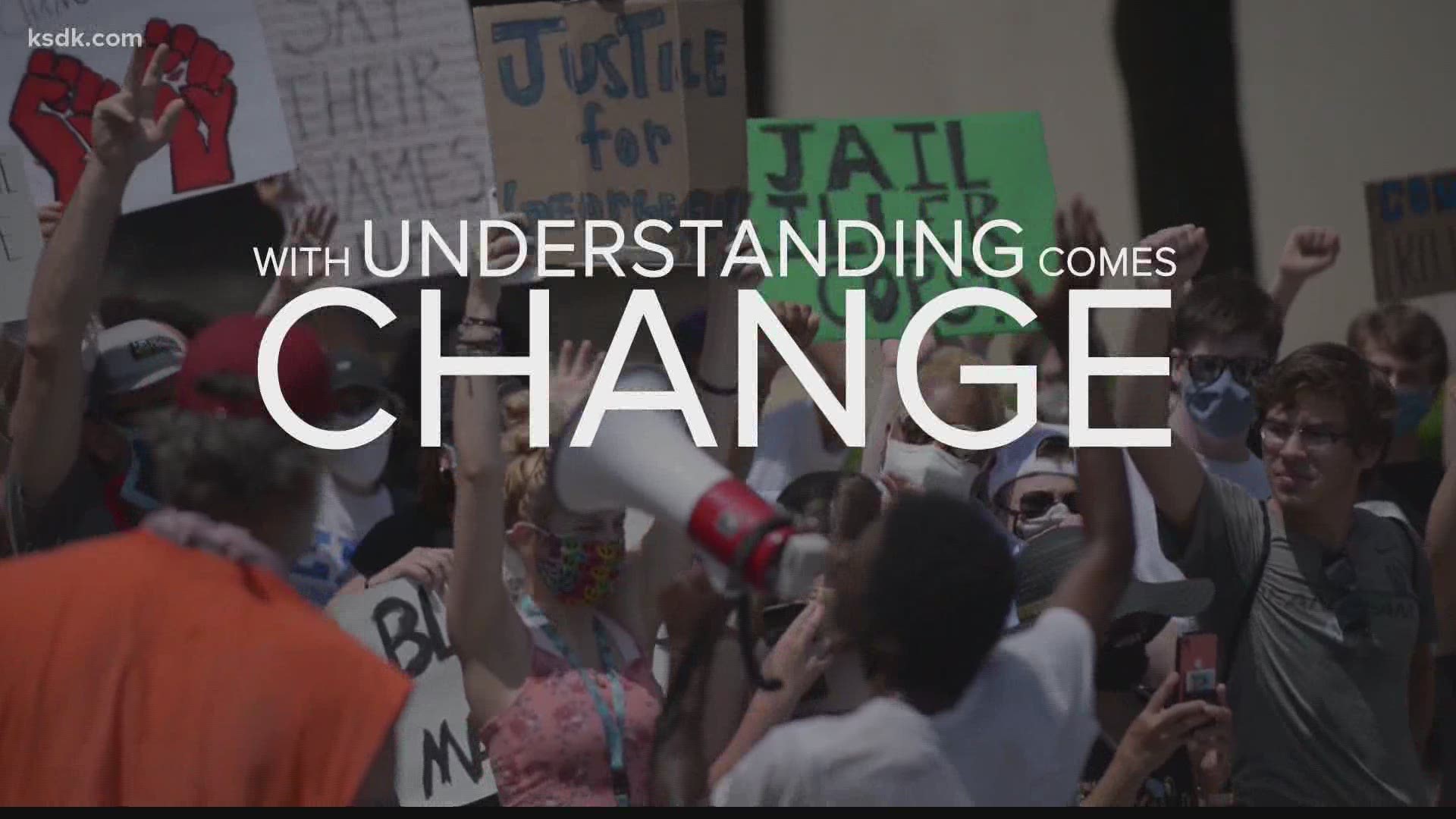 ST. LOUIS — It’s been an emotional and tense week.

George Floyd, a 46-year-old black man was killed on May 25 in Minneapolis, Minnesota. It's sparked nationwide outrage and protests across the world.

Former Minneapolis police officer, Derek Chauvin, knelt on Floyd’s neck for almost nine minutes while he was handcuffed in the street and said, “I can’t breathe.” Charges against Chauvin were elevated to second-degree murder. He was previously facing a third-degree murder charge.

5 On Your Side’s Morgan Young closed out Friday’s 10 p.m. newscast with a look back on what this past week looked like in the St. Louis area.

"It's been a really hard week...there really aren't words to describe it.

I know I've felt it...I know many of my colleagues have...I'm sure you have too.

There have been protests across our nation.... right here in St. Louis.

So many peaceful, some destructive.

We're hoping and believing for brighter days...and we're inspired by the way many of you are coming together," Young said.

This is just a glimpse at the past week in the St. Louis area, for continuing coverage: ksdk.com/protests

Here’s a look back:

Seven officers were injured, and windows and doors were shattered at the Ferguson Police Department on May 30.

RELATED: 7 officers injured, no arrests made after Saturday night protests in Ferguson

The protest had been mostly peaceful until around 10:30 p.m.

A midnight curfew that was put in place, didn’t stop the crowds from protesting. 5 On Your Side remained on-air until the early hours of Sunday, May 31.

Shouts of "Black Lives Matter" could be heard throughout the crowd.

Tear gas and rubber bullets were used by police in attempts to control the crowds of protesters.

A crowd of about 1,000 people moved through the downtown area peacefully on June 1 for about five hours.

Around 8 p.m., a much smaller group of about 200 people changed the mood.

Dozens of businesses were damaged by agitators.

Four officers from the St. Louis Metropolitan Police Department were shot and injured in the city on June 1 into the early morning hours of June 2. All four have since been released from area hospitals.

“I believe some coward randomly shot at the police line,” Chief Hayden said during an emotional press conference. “Thankfully, thank God they’re alive,” the police chief said holding back tears. “Can we make some sense out of this? That’s all I’m trying to say.”

Retired St. Louis police captain David Dorn was shot and killed outside of Lee’s Pawn and Jewelry on June 2. The pawn shop had been looted, police said.

Anyone with information should contact SLMPD’s Homicide Division directly at 314-444-5371, or anyone with a tip who wants to remain anonymous and is interested in a reward can contact CrimeStoppers at 866-371-8477. The reward is up to $46,000.

Hundreds, if not thousands, took to the streets in Brentwood on June 4 to honor George Floyd, the same day as his memorial service in Minneapolis, Minneapolis. The march went on for several hours.

At one point, the crowd turned on flashlights and cellphones, lighting up the darkness beneath the Interstate 64 overpass.

On June 5, students led a march through the streets of St. Louis County. It began at 4 p.m. in Ladue and lasted several hours along Clayton Road.

The change has to start with the police department and then go to the government," 18-year-old Ladue High School graduate and Speak Truth To Power leader, Victoria Neal said.

5 On Your Side's Ahmad Hicks: "Why the Cardinals and Blues completely missed the point with One Nation statement"

As the only black member of the St. Louis media to cover the Blues and Cardinals daily, our Ahmad Hicks says the joint statement failed to recognize the bigger issue.