ELLISVILLE, Mo. — Police are looking for a group of thieves who hooked chains to a truck and used it to rip open an ATM Friday morning in Ellisville.

Police said around 4 a.m. several people in a white Ford F-250 attached chains to the ATM at Bank of America at Clarkson and Clayton Roads and ripped it open.

The Ford F-250 did not have a rear license plate, police said.

The truck drove off in an unknown direction. Police didn't confirm if the thieves made off with any money.

Police released surveillance photos of the thieves in the hopes of identifying them. 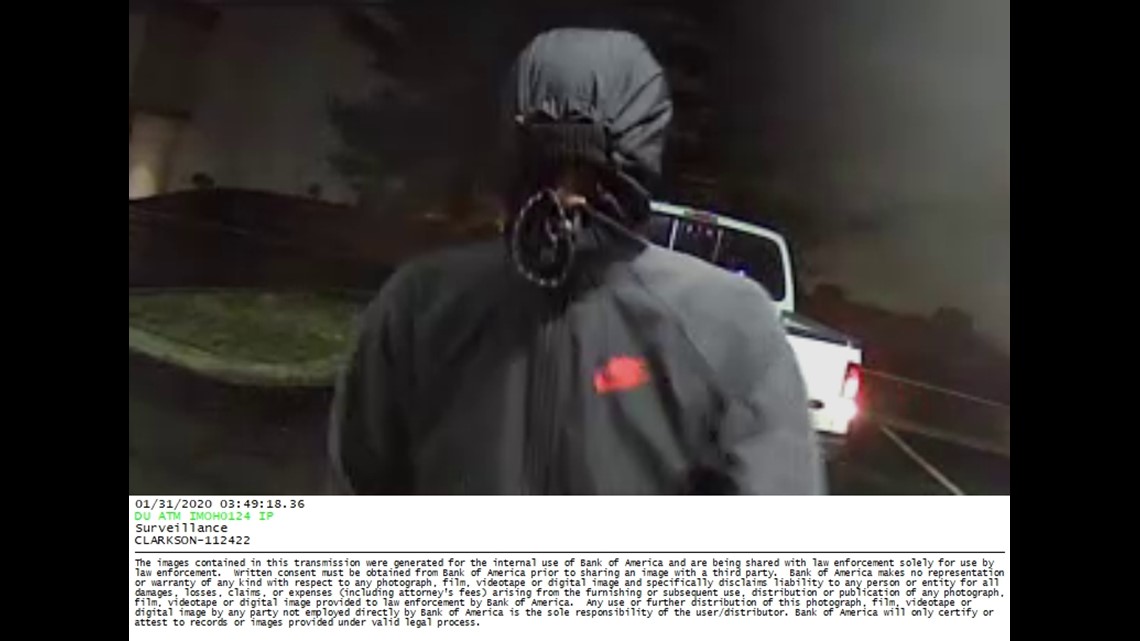