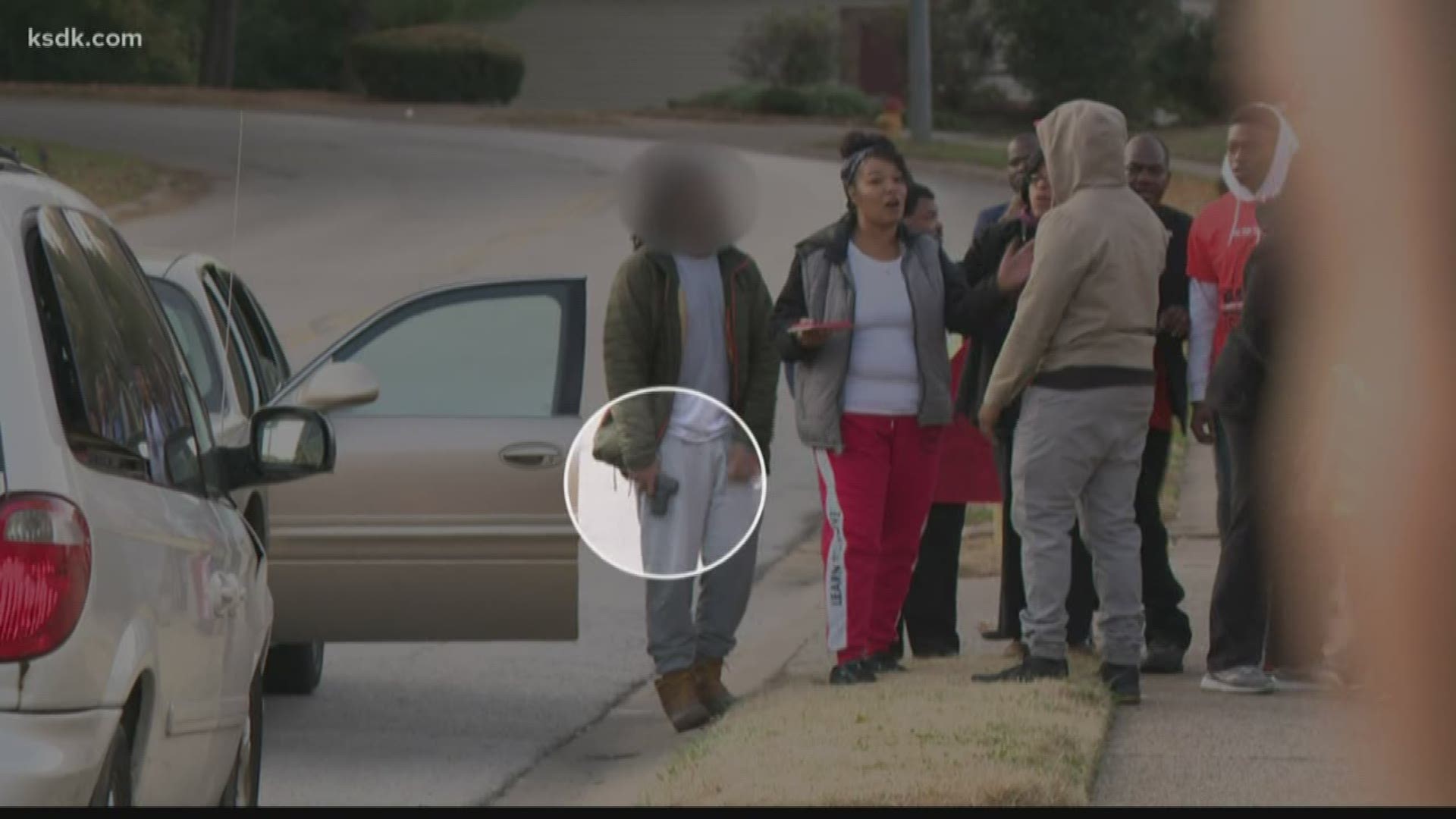 ST. LOUIS COUNTY, Mo. — A passionate group of teenagers took the streets in Ferguson Saturday afternoon taking a stand against gun violence that's taken the lives of boys and girls in the St. Louis area.

From Greater St. Mark Family Church to Canfield Apartments, you can hear the chants and their message loud and clear, "What do we want, to stop the violence!"

The head of the pack: 17-year-old Skylar Robinson.

After hearing about 8-year-old Jurnee Thompson, who was shot and killed near a football jamboree this past summer, Robinson says she couldn't handle one more child dying.

RELATED: Vigil for 8-year-old shot, killed outside restaurant will be held Wednesday

"So many kids died of gun violence this year and that's what really pushed me as a teenager to do something about this crisis called gun violence," Robinson said.

Marching along the teens was Antione Brown's family. In September, the 15-year-old was shot and killed while he was sleeping at his home in St. Louis County.

"A bullet came through the headboard of his bed, hit him at the top of the head. He was sleeping when it happened," His aunt Gloria Williams said. "It just hurts every time I think about him. I hope being out here, we get some type of closure."

Robinson said: "His family gets to see that there teenagers out here trying to put a stop to it and that there will be justice served and there's a community on their side."

But the march was interrupted by the one thing they were protesting.

Fighting interrupted the calls for peace when someone pulled out a gun, threatening people.

"It really made me angry because why do we have people pulling up with guns?" Robinson said. "And this is what we are trying to fight against."

But Robinson said this just proves that they need to continue spreading the message: stop the violence.

"This gives me more purpose we're not going to stop. We're going to keep going because this needs to be addressed," she said.

Robinson said this is just the beginning of her efforts. She plans to do a peace rally at her school along with other seniors to keep the conversation rolling.