Thousands flood Waterloo High School for his visitation, a line out the door. 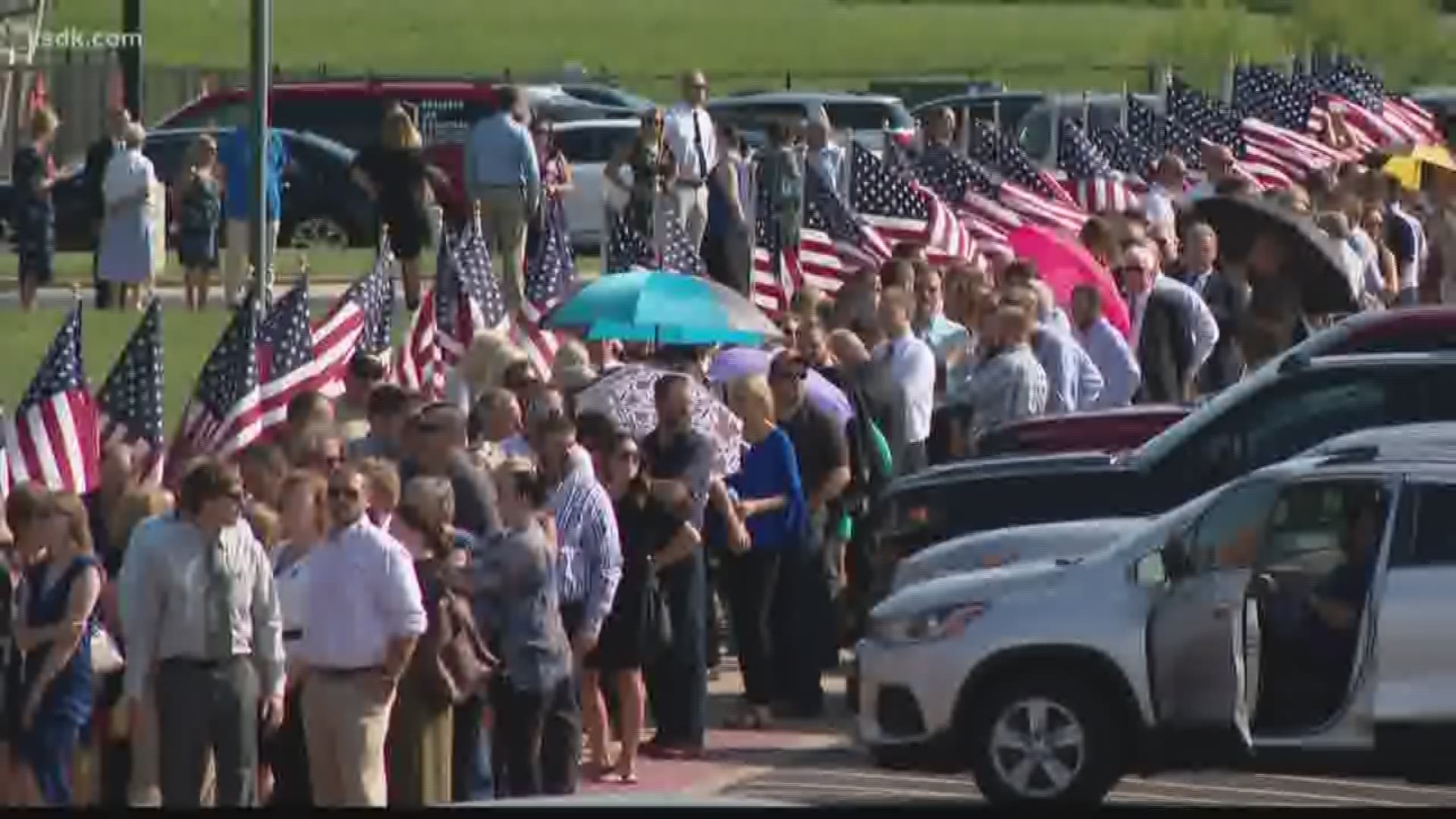 WATERLOO, Ill. — The numbers speak for themselves.

Waterloo's Mayor Tom Smith tells us those numbers say a lot: "It says what Waterloo thinks about the community and Nick."

Over a thousand flags planted along his procession route. A sign of gratitude for Trooper Hopkins.

Many waited up to three hours just to go inside. Don Norton, a retired Captain and an Illinois State Police investigator, drove five hours just to be here.

When they finally made their way inside, the scoreboard lit up his badge and car number. A first responder and military walkthrough highlighted the son of Waterloo.

"We're just going to miss Nick, that smile. All that he had planned for the future, all his other endeavors that he was going to do... we lost a lot," Smith said.

You know the saying -- it's not the years in your life, but the life in your years. And for Trooper Hopkins, it's obvious he's touched so many lives. A number, too big to count.

"When you saw Nick with the lady whose car broke down with a smile on his face, that's Nick Hopkins, that's what we need to try and work at," Smith adds.

They encourage everyone to stand along the procession route on Sunday to show support.

RELATED: Here are the details for Trooper Hopkins' funeral and procession