Ellis said that's when that the cyclists passed by on a parade that encourages participants to ride "as bare as you dare." And for Ellis, it was apparently too much to bare. 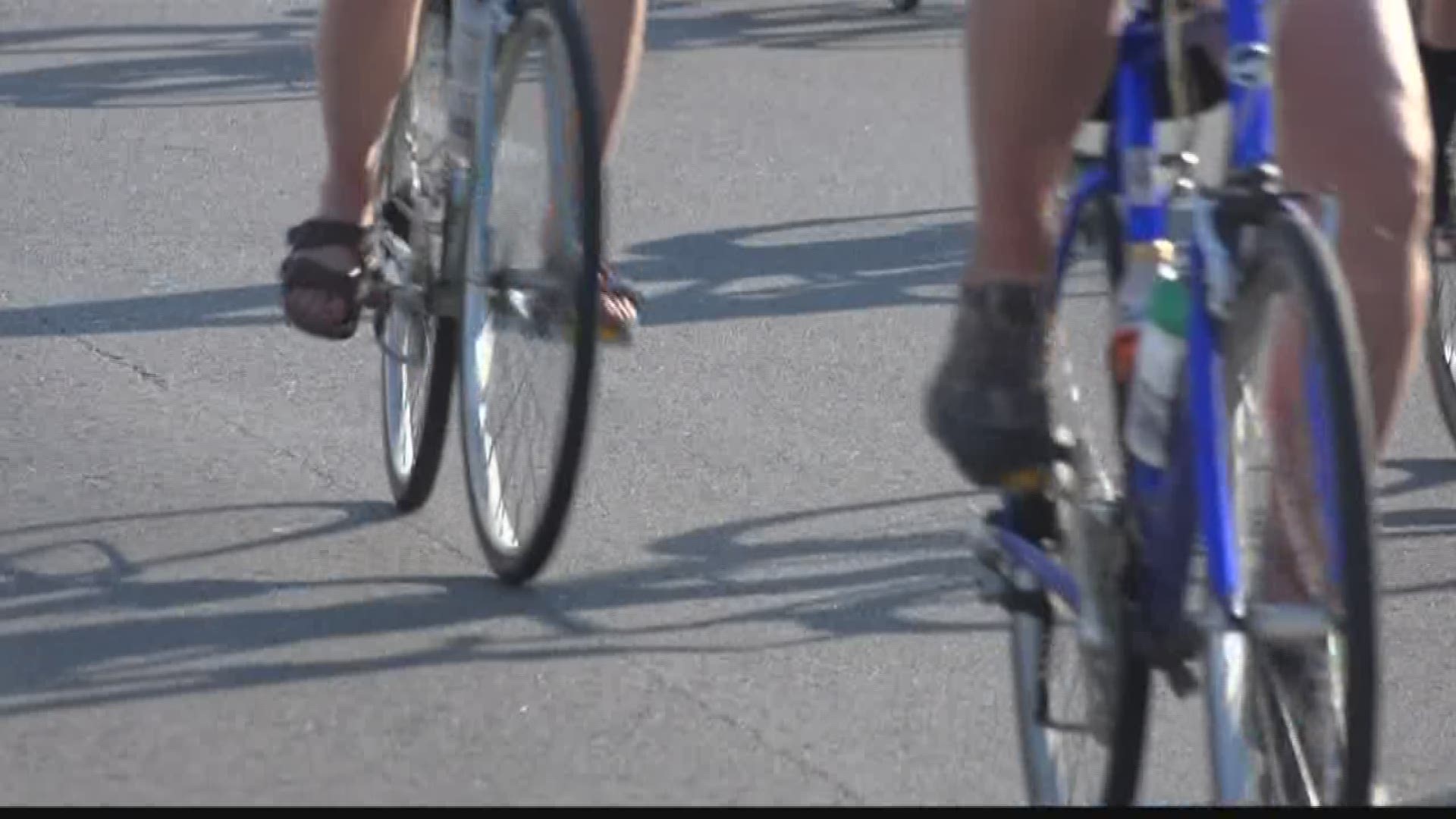 ST. LOUIS — It's described as a protest ride but usually ends with a party, but a recent visitor to St. Louis saw the city's 11th annual World Naked Bike Ride (WNBR) as something else altogether.

In a post for the website pjmedia.com, John Ellis said his family was passing through St. Louis on a summer vacation. Ellis said they enjoyed a visit to the Arch, took a riverboat cruise and stopped in Lafayette Square for a meal.

Ellis said that's when that the cyclists passed by on a parade that encourages participants to ride "as bare as you dare." And for Ellis, it was apparently too much to bare.

"To our dismay, we soon found ourselves stopped at an intersection as the entire parade of nude adults pedaled past our car. Our two children, both minors, were exposed to adults gleefully exposing their penises and vagina," writes Ellis.

He said after about five minutes, the parade passed. But when the family returned to their rented Airbnb the WNBR after party was apparently close by.

"...as I write this, we are trapped in our Airbnb as the St. Louis World Naked Bike ride rides past the house. I can hear their profane shouts as they express their lustful glee," Ellis posed. "It is everything that I can do to keep from going outside and confronting them. I feel violated and I am angry. It is not okay that a group of adults can openly flaunt their nudity and imprison my family inside."

On its website, the ride's promoters describe the purpose of the annual event:

"The World Naked Bike Ride in St. Louis is part of an international event raising awareness for biker’s rights and safety on the road. The ride is also about promoting positive body image and protesting oil dependency."

Missouri law says if a person "exposes his or her genitals under circumstances in which he or she knows that his or her conduct is likely to cause affront or alarm" it could constitute sexual misconduct in the first degree.

On the WNBR website, organizers say "Although you can be as bare as you dare during the ride, the City of St. Louis requests that we cover our privates at the pre/post party."

In his post, Ellis said he called 911 and was told "We'll check on it." He wrote, "...if I were to strip off my clothes and walk around my neighborhood, I would be arrested. And rightfully so."

"Tonight, my kids were exposed to the genitalia of adults by permission of the city of St. Louis and under the protection of the St. Louis Police Department. I'm willing to bet that the #MeToo movement doesn't care that my wife and children were molested tonight by St. Louis' Naked Bike Ride."